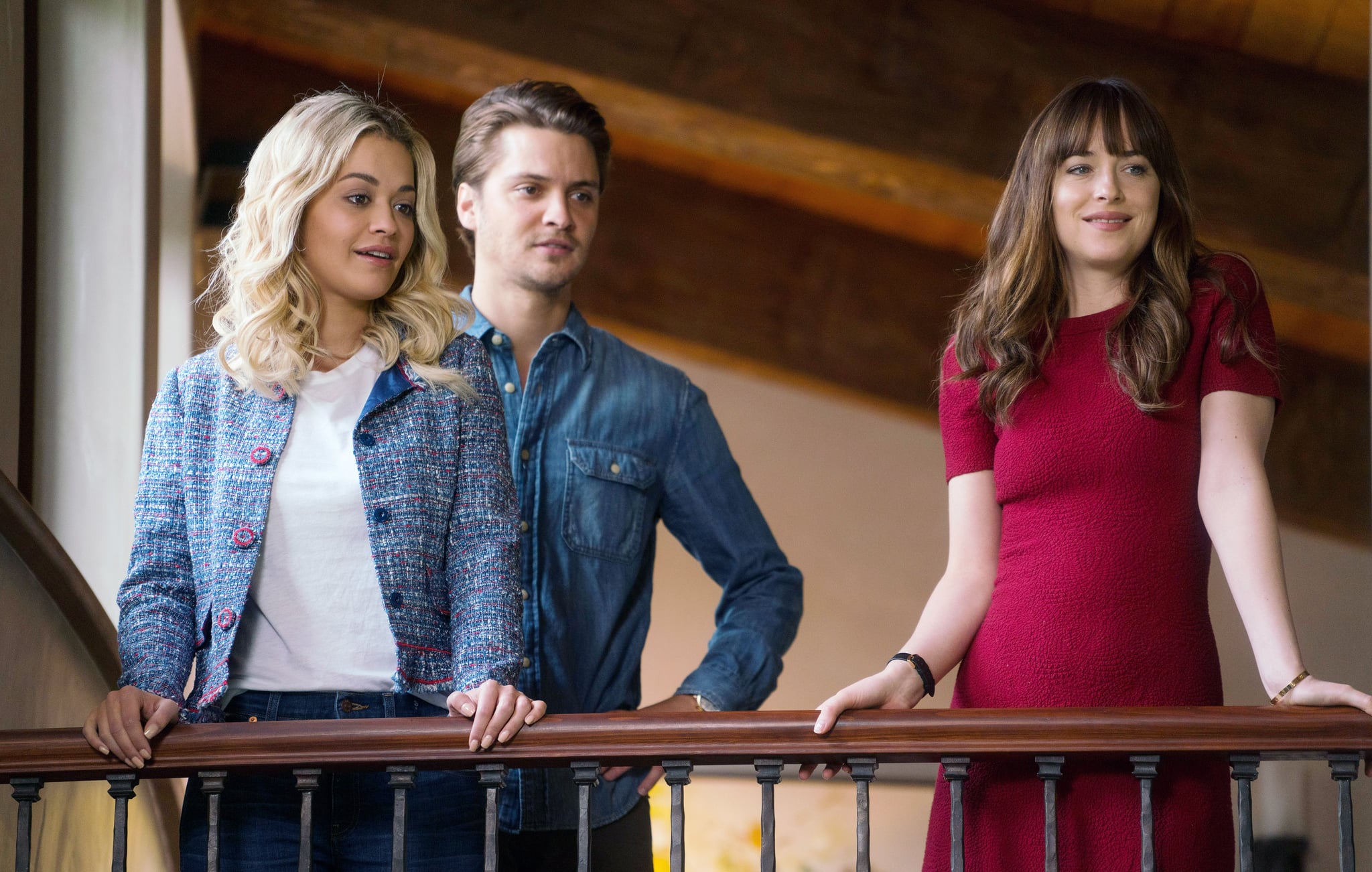 It's quite natural for a movie studio to make changes to a book series when it's adapted into a screenplay, and understandably so, as there are some things that structurally and stylistically don't translate well on the screen. But while we expected that there would be differences between the Fifty Shades books and movies, we, like most bookworms, can't help but lament over them. Case in point: Mia Grey, Christian's sister, who has a bigger presence in the books.

Played by singer Rita Ora in the movie, Mia's bubbly and feisty personality offers a nice contrast to her older brother's brooding one, and it's fun to watch her keep him on his toes. Unfortunately, she gets very little screen time, only getting a whopping 90 seconds in the first movie to make her mark and dazzle the crowd. And while she has a more fleshed-out storyline in Fifty Shades Freed in which Jack Hyde, Ana's boss, kidnaps her for ransom, we wish the writers gave her her very own happily ever after. Below are four of the biggest ways Mia is different in the books and why we need a movie about her!

1. Mia is raven-haired with a short bob.

In the books, Mia is described as having short black hair. While Mia in the movie dons the look in the first installment, giving her a bit of a Parisian look to go with her trip prior to the start of the series, she quickly loses the wig in the later movies, instead going for shoulder-length blond hair. 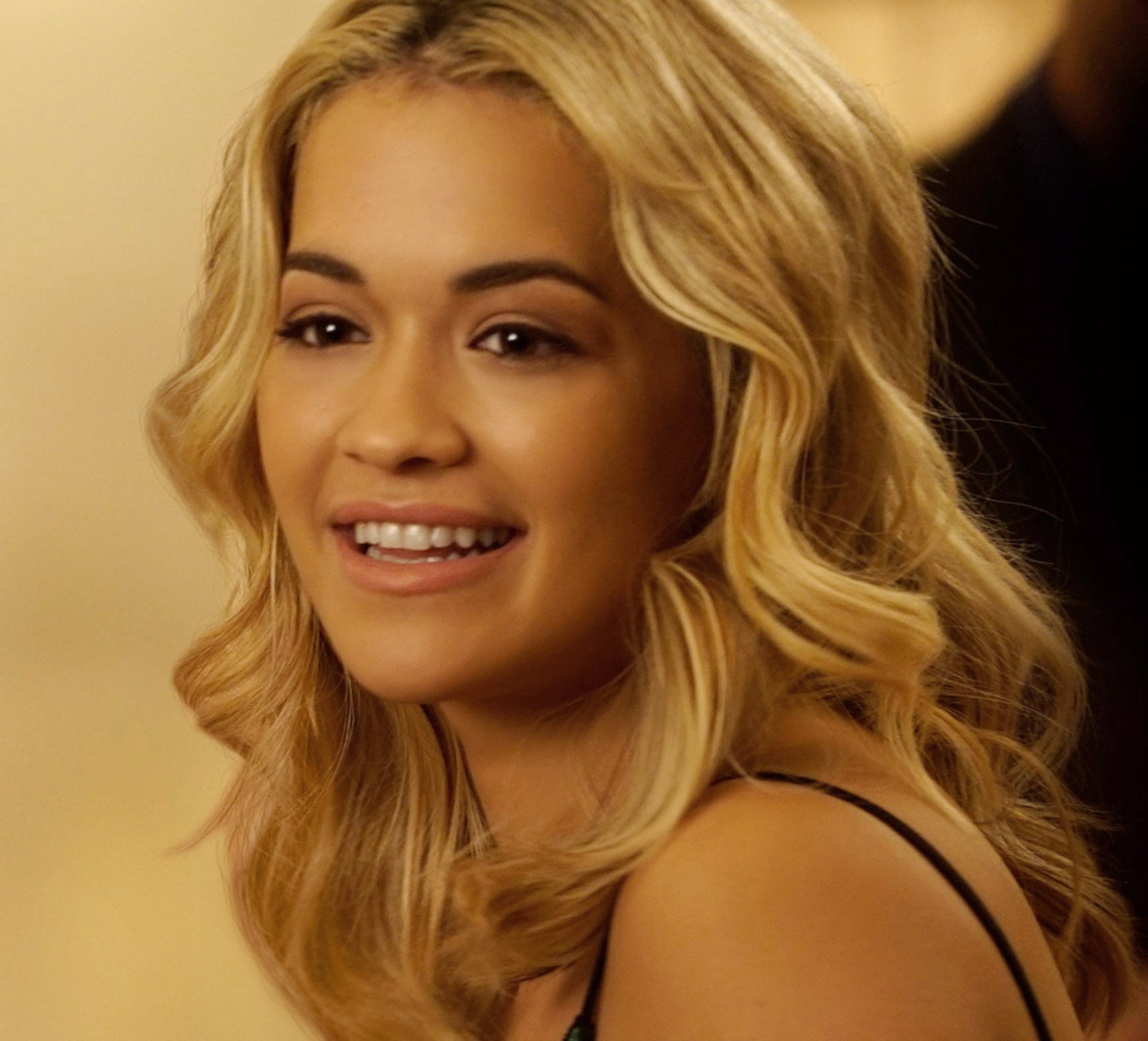 2. She and Christian seem to have a closer relationship.

Although Christian isn't very close to his family, something that changes when he meets Ana, he and Mia share a loving bond. She constantly pulls his leg for finally having a girlfriend, and while Christian acts like she's just his pesky little sister, he's really protective of her, keeping an eye on Ethan Kavanagh, Kate's brother and Mia's crush, when they're together. One important thing to note about their relationship is that as a child, Christian kept to himself and never talked until the Greys adopted baby Mia. Her larger-than-life presence opened him up to love and family in a whole new way.

3. She develops a strong friendship with Anastasia.

Ana and Mia have a pretty good and casual relationship in the movies, but most of their interactions are in relation to Christian. However, in the books, Mia takes a liking to Ana, regaling her with stories about Christian as a child and even going as far as to defend her against one of her friends during the Greys' masquerade ball in Fifty Shades Darker. When Mia's friend Lily — who apparently has the hots for Christian — makes a snarky comment, Mia puts her in her place, claiming how she's just jealous Christian didn't choose her and that everyone is happy about Ana. Mia also often goes out of her way to make plans with Ana outside of their family gatherings.

4. She has a sexy love interest.

In Fifty Shades Darker, when Ana is unable to go to lunch with Mia, she suggests Ethan, Kate's older brother, go with her, and they hit it off immediately. In fact, when Christian and Ana are back from their honeymoon and have a family lunch, Mia is quick to proudly announce that Ethan got into a graduate program in psychology, when everyone is toasting to the newlyweds. Mia is smitten with him, but he has some reservations about their relationship, considering their siblings Elliot and Kate are dating each other. She and Ethan also head to Aspen with the rest of their family for a getaway trip, and after she is kidnapped and Ana rescues her, things between her and Ethan seems to be blooming again, although E L James leaves their "will they/won't they" storyline unfinished.

Editor Book Picks
I Read Dune as a Sci-Fi Newbie, and Here's What You Should Know Before You Crack It Open
by Maggie Ryan 2 days ago