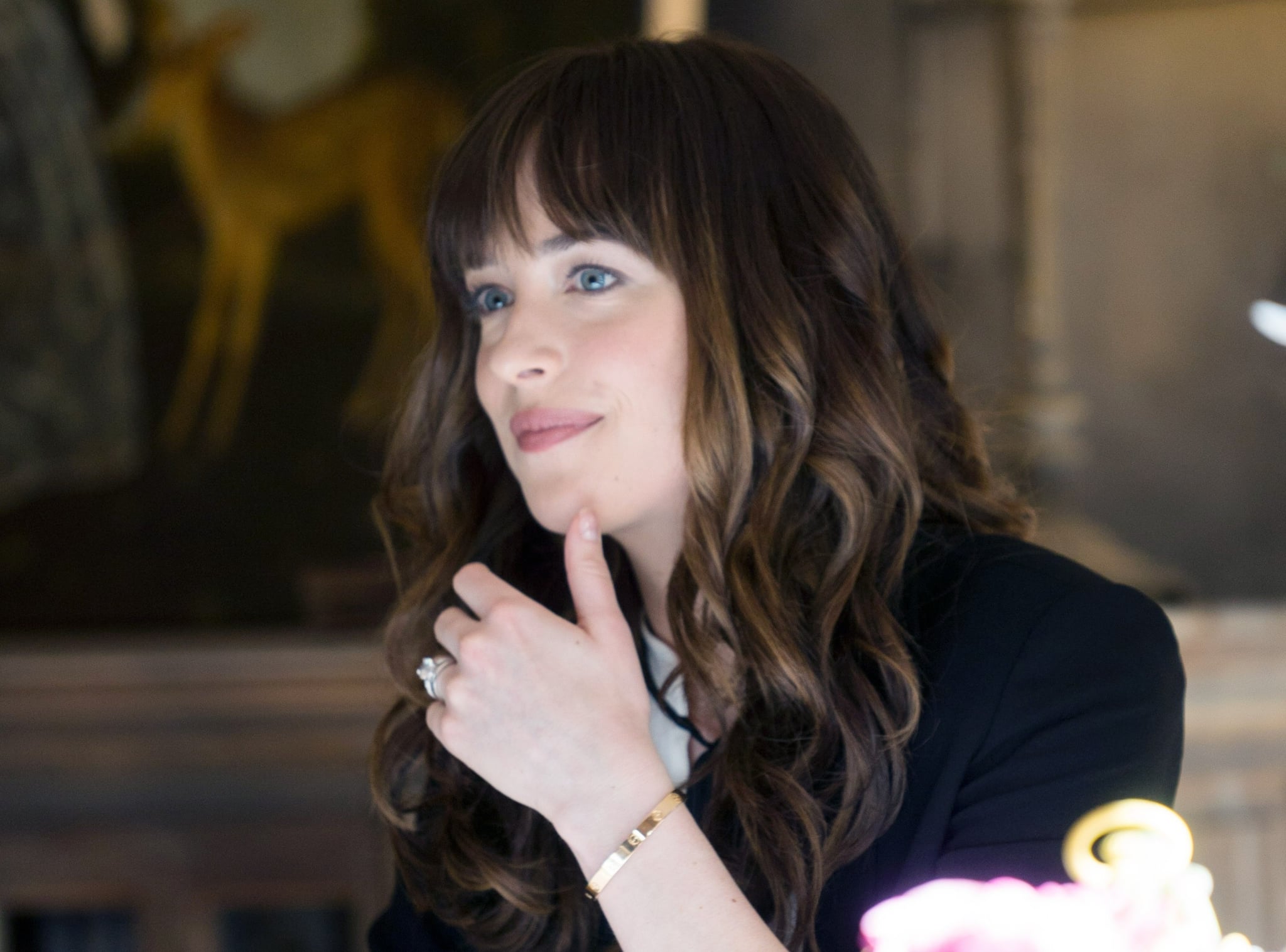 Fifty Shades Freed opens with an intimate moment, but not the type we've come to expect from the franchise. Anastasia is in a stunning wedding dress as we watch her and Christian exchange vows and tie the knot. But we couldn't help but think about how this series didn't start all that long ago and began with her in college. How much time has passed since then? How old is Anastasia Steele? Or, as we shall now address her, Anastasia Grey?

She's 22 and married to a gorgeous billionaire, excelling in her career as an editor, eating gourmet meals all the time, and casually taking private planes to France? Ana is living her best life in her early 20s, and we're all a little envious.

Meanwhile, Dakota Johnson, who plays the (not so) innocent Anastasia, is now 28 years old. Jamie Dornan, who plays the alluring Christian, is now 35 years old — and convinced that he is getting too old for the steamy series, which we respect but totally disagree with. Have you seen his bod? Their age difference IRL contributes to a realistic depiction in the movies, even if both are older than their respective roles.

She might be a little young for a new bride and soon-to-be mum, but not enough to be concerned.