Ever since it was announced that Jennifer Lopez was working on a movie about strippers scamming their rich clients out of cash, we've been eagerly waiting for any bit of information on Hustlers we can find. With such a stellar and star-studded cast — which includes hip-hop queen Cardi B making her big-screen debut — there's no way we want to miss anything. Inspired by a 2016 New York Magazine article, the film follows former strippers — Ramona (Jennifer Lopez), Destiny (Constane Wu), Diamond (Cardi B), Mercedes (Keke Palmer), Annabelle (Lili Reinhart), Tracey (Trace Lysette), Justice (Mette Towley), and Dawn (Madeline Brewer) — as they squad up to hustle money out of their Wall Street clientele.

The first trailer in July gave us a promising look at the film, but new footage features Ramona and Diamond (aka Cardi B) teaching Destiny different pole tricks and how to give a lap dance, which has us really hyped. Watch the new trailer above, then check out the previously released clips ahead! And get excited, because the Lorene Scafaria-directed drama will make its debut on Sept. 13.

Celebrity Holidays
Lizzo's Body Positive Moment Comes With a Metallic Cutout Swimsuit — Shouldn't They All?
by Sarah Wasilak 2 days ago 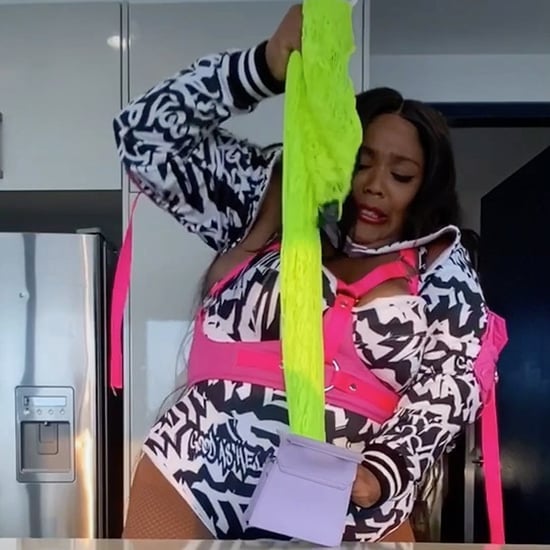 Lizzo
Lizzo "Unpacks" Her Purse on Instagram, and Boy, It's Tiny but Mighty
by Karenna Meredith 3 days ago