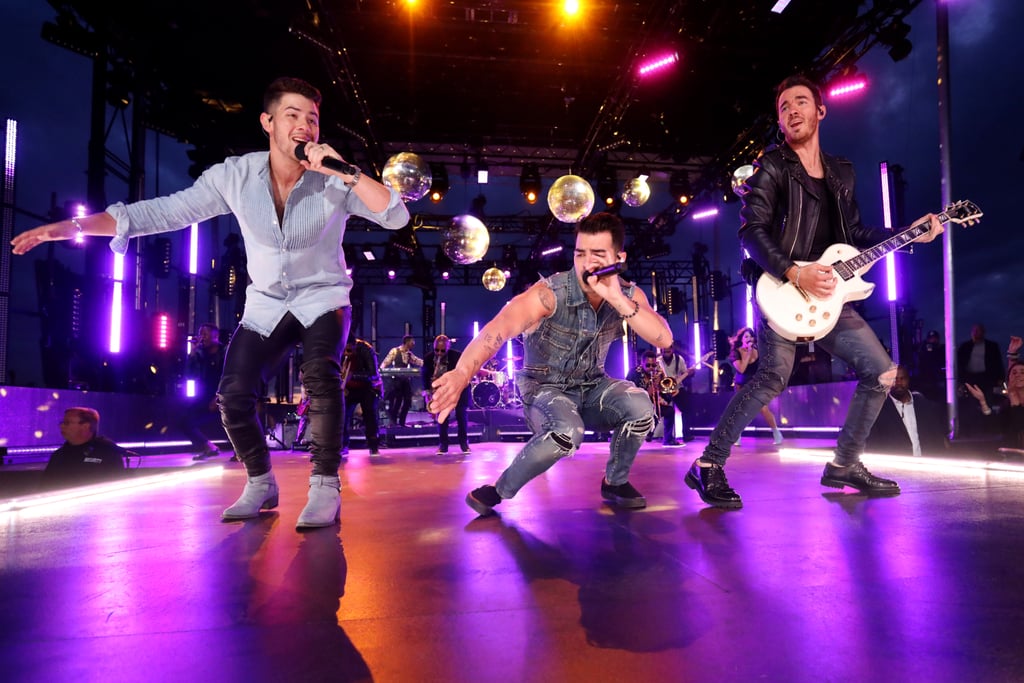 The Jonas Brothers' MTV VMAs performance will have you dancing in the living room. On Monday, Kevin, Joe, and Nick took a break from their Happiness Begins tour as they hit up The Stone Pony in their home state of new Jersey to perform "Sucker" and "Only Human." Their performance marked their first appearance at the VMAs since 2008.

The brothers have certainly had a crazy year. Since getting the band back together in February, they released an Amazon documentary about their career, dropped an incredibly catchy album, and embarked on their recent tour. See their incredible performance ahead.