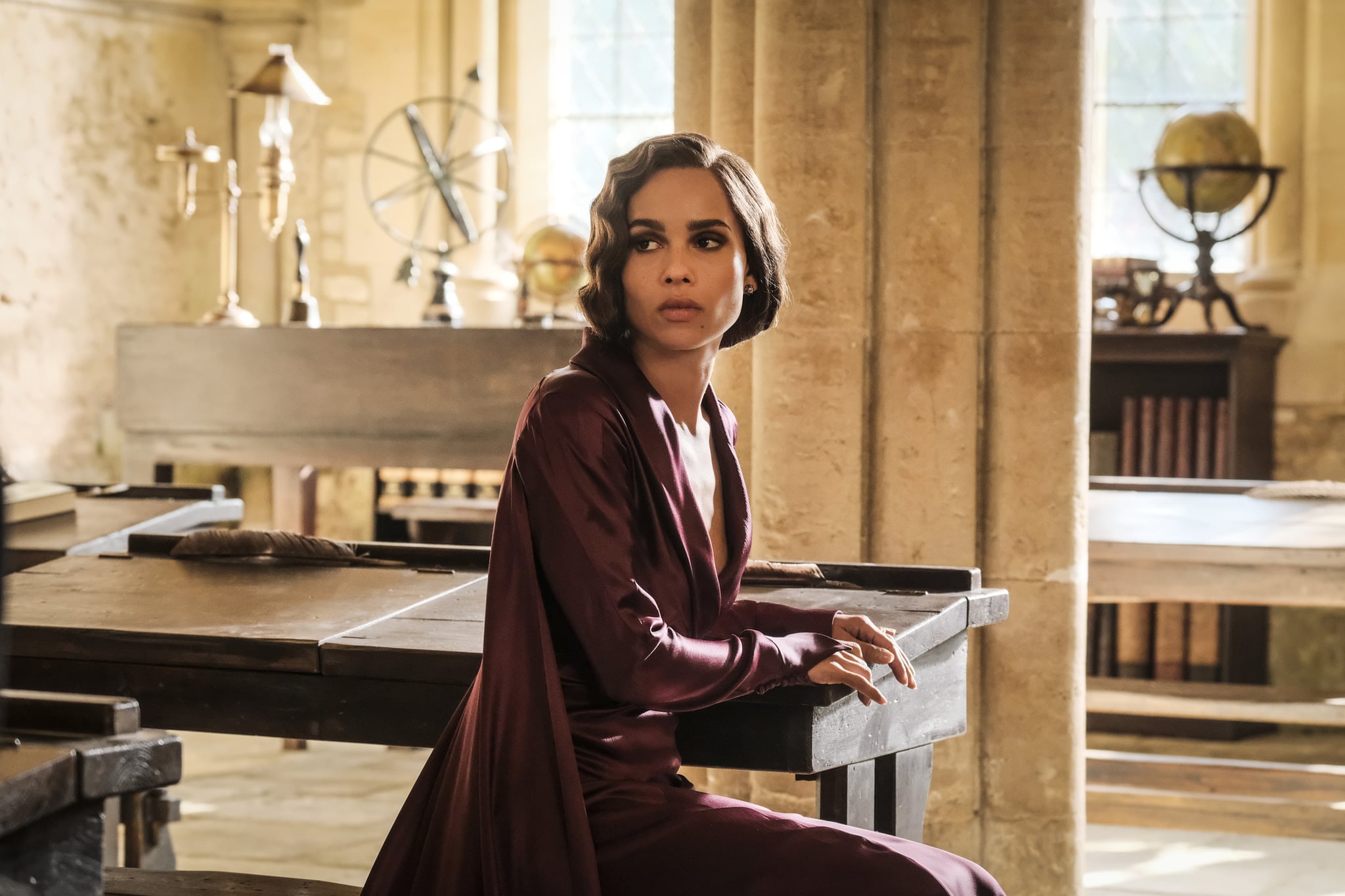 Warning: BIG spoilers for Fantastic Beasts: The Crimes of Grindelwald ahead!

If there's one thing Harry Potter fans cannot abide, it's a mystery left unchecked. But we all know J.K. Rowling loves to throw curveballs that we don't except, and with the release of Fantastic Beasts: The Crimes of Grindelwald, she throws quite a few. From the appearance of a professor who seems to be Minerva McGonagall to the the film's biggest twist (that Credence Barebone is actually a Dumbledore . . . like, WHAT?!) there was a lot that left us digging into our Potter lore to figure out what's what. But perhaps the biggest head-scratcher of them all was everything surrounding Leta Lestrange — namely her relation to another very famous family member, Bellatrix Lestrange.

On her own, Leta is probably one of the best characters to come out of the Fantastic Beasts sequel. When we first hear of her, she's simply known as the former flame of Newt Scamander and the possible sister of Credence Barebone (yeah, he's been thrown around a bit). We delve deeper into Leta's backstory in The Crimes of Grindelwald, where we learn that she's a child of rape (so not Credence's sister after all), and that her half-brother actually drowned as an infant. Of course, after delivering that tragic bit of information, Leta sacrifices herself to save Newt and company, when she's seemingly killed by Grindelwald in the climax of the film.

Related:
All the Major Events From the Harry Potter Universe — in 1 Convenient Timeline

Leta's tragic story is pretty on par with her family's dark reputation. Similar to the Blacks and Malfoys, the Lestranges are one of the original Sacred Twenty-Eight (truly pureblood families) and are known for their extreme wealth, pureblood supremacy, and practice of the Dark Arts. Funnily enough, the most famous Lestange is only one by marriage, and despite really adorable Instagram photos that make us wish it so, there is no blood relation between Leta and Bellatrix whatsoever. At most, Leta and Rodolphus Lestrange (Bellatrix's husband) are very distant cousins. After all, Leta dies — again: seemingly — before getting married to Thesus Scamander and never has any children, meaning that she couldn't be a direct ancestor of Rodolphus and that he must come from a different section of the Lestrange family. Even if Leta winds up living and getting married to Thesus (or any other wizard), any children she would have would take their father's name and not hers. So none of the Lestranges born after her time could be her children.

To be fair to fans, it seemed like there may have been plans before to connect the two more directly. In 2017, Kravitz told The Independent that she was playing Bellatrix's great-great aunt. So unless Rowling pulls another big twist during any of the remaining Fantastic Beasts movies where Leta is revealed to be alive and married to one of her cousins (she's a pureblood, so that could definitely a thing), it's safe to say that the Bellatrix connection is a very distant one. Plus, Leta was definitely the black sheep of the Lestrange family, it's doubtful Bellatrix would enjoy any association with her!