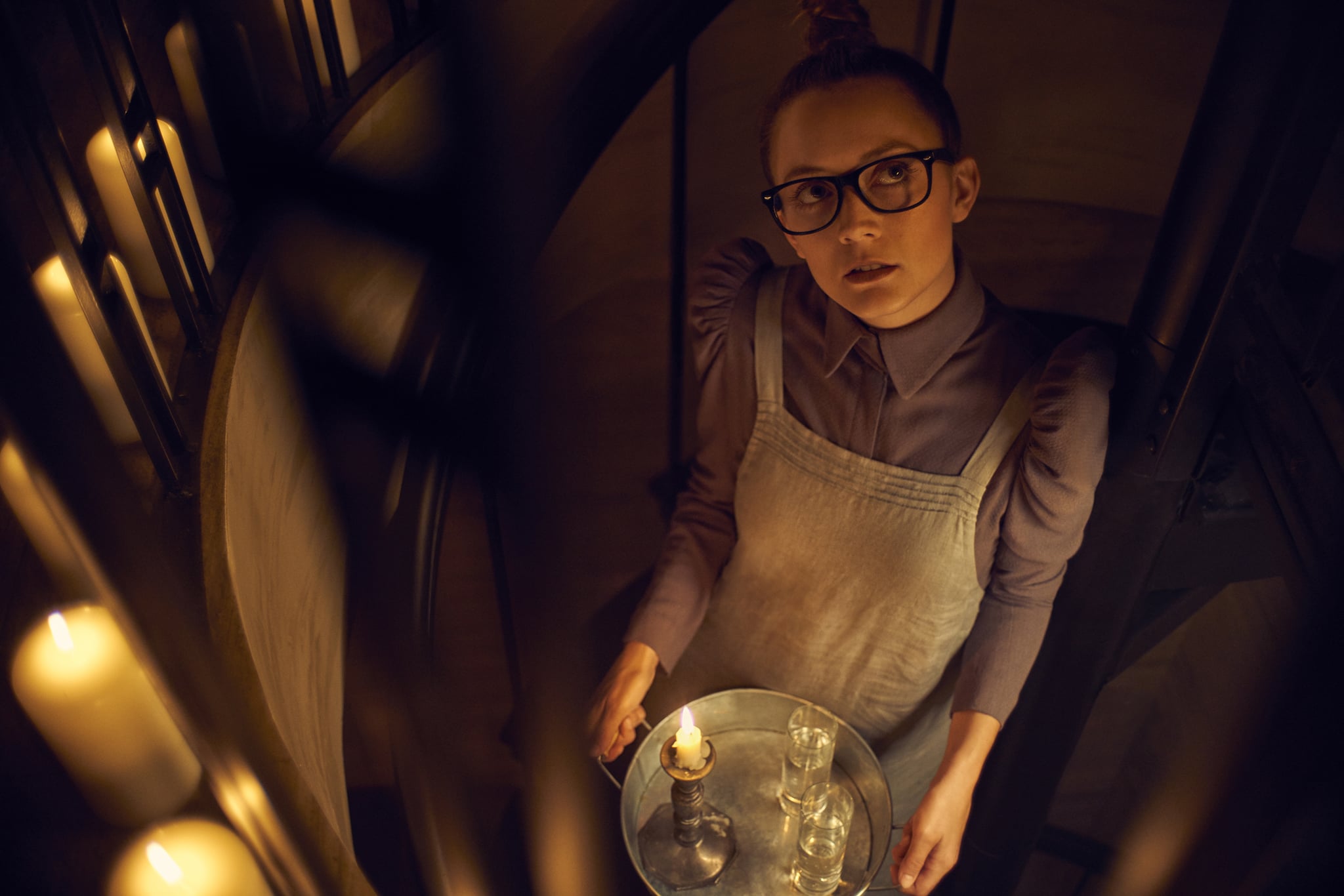 The latest season of American Horror Story, Apocalypse, has gotten twisty even by AHS standards. Not only has the storyline brought together threads from several previous seasons, but its steady stream of revelations has only served to spark a whole new set of questions. And where there are questions, there will always be theories! Thanks to a reveal on Wednesday night's episode, there's now a theory floating around that is even wackier than the ones that came before. Read on to see how some fans think the season's seemingly invulnerable villain might be defeated.

Initially, a minor character who was forced into the "Gray" servitude at Outpost 3, Mallory has quickly become one of the most fascinating and mysterious characters. It's been revealed that her beleaguered-assistant persona before the nuclear apocalypse was actually a cover story to conceal her true witch nature even from herself. Now aware of her true self and reunited with some of her witch sisters, her powers are slowly blossoming in interesting ways. When she heals a deer, she also somehow turns it back into a fawn. Reddit user BeetleBongos speculates that this could be foreshadowing a way for Mallory to defeat the Antichrist (and possible Alpha warlock), Michael Langdon: by turning him back into a baby or a child.

This might seem far-fetched, if it weren't for one specific detail — or, to be more accurate, the lack of specificity about one detail. Michael's age is definitely on the murky side, and the timeline simply doesn't add up. He was born in 2012, and Apocalypse's timeline is currently around 2021/2022, meaning he should only be 10 but looks like an adult. There's definitely something unnatural about his ageing process, which could prove to be crucial if this theory does actually play out.

Combining Mallory's newfound powers with Michael's inexplicable ageing could produce an interesting ending for Apocalypse. We've already seen that Michael was shaken up when he sensed something about her during their interview. And it would definitely be poetic for the unchosen one to be the character who ultimately defeats the literal personification of evil. One thing is for sure, though: Mallory and her powers are definitely crucial to the continued unraveling of Apocalypse's mysteries.