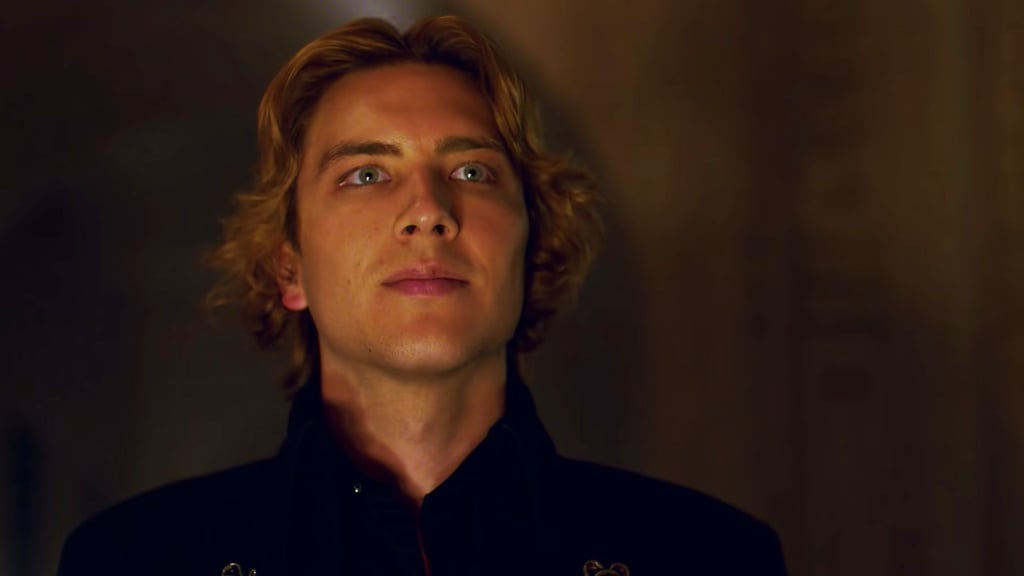 There have only been a few points that have seemed like sure things throughout American Horror Story: Apocalypse. One of those facts that the season has relied upon has been that Michael Langdon, the apparently indestructible supernatural being, is the Antichrist: the descendant of Satan come to usher in the apocalypse and finish off humanity. He's been pretty evil so far, living up to the horrific future that was foreshadowed way back when he was first seen in Murder House. But, Reddit user SchmoopiePoopie wonders, could we have it all wrong?

According to their theory, Michael is not actually the Antichrist, but the archangel Michael. In the Jewish tradition, Michael is also the angel of death, which makes him both light and dark personified — a description that has been applied to Michael Langdon this season already. The archangels are the instruments of God's vengeance and command on earth and are empowered beyond other divine beings, which would explain Michael's apparent super-charged powers.

So if he's capable of being both good and bad, vengeful and merciful, why is Michael Langdon a force of destruction in Apocalypse's story? This theory has a suggestion for that as well. According to certain interpretations of angelic lore, the angel of death is merciful when he sees acts of kindness, but his anger is unleashed by human failure and sin. As long as Ben Harmon, his sort-of father, was kind to him, Michael was kind; when his ghostly father Tate turned everything on its head, his fury reigned instead. The same mythology claims that the angel of death's judgment, once unleashed, falls on everyone, regardless of moral character; Michael once told Venable that she was wrong in thinking his decisions about who could go to the Sanctuary were based on who was "good" and "bad."

The corollary to this theory, of course, would be who the real Antichrist is and why the witches and Michael are in enmity. The top contender right now seems to be that Mallory is the Antichrist, unbeknownst to the coven, and they are Michael's declared enemies because they are protecting the Antichrist's rising. The witches have all seen visions of Michael as a monster or surrounded by monsters, but if we weave in the Islamic tradition of the angel of death, even this makes sense: souls who have done good are ushered out peacefully, while the wicked and sinful see horrifying beasts. This theory might seem a little out there, but, honestly, what part of this season hasn't been out there?