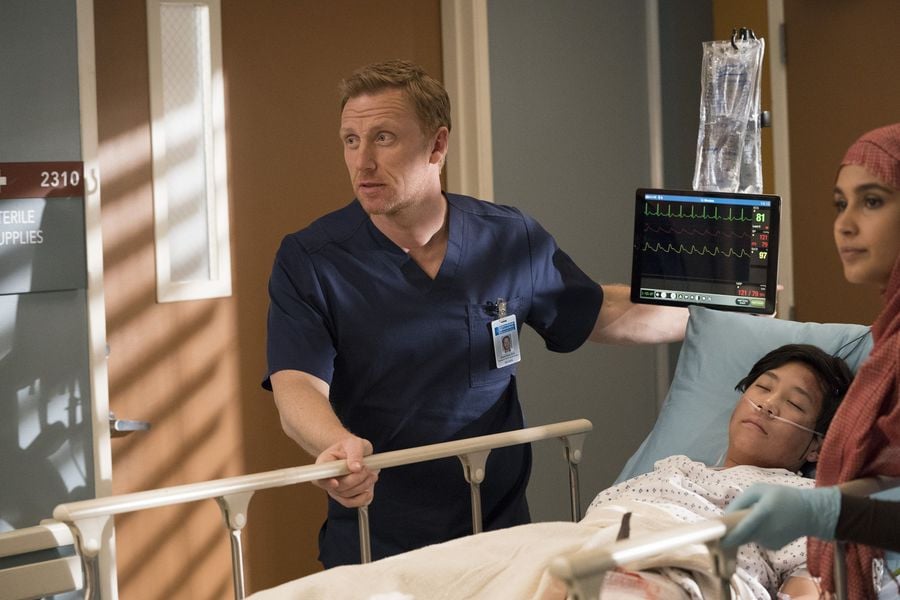 Things have been wonky for Owen in season 14 of Grey's Anatomy. He reunites with then quickly bids farewell to his long-lost sister and breaks up with his wife shortly afterward. While Owen is arguably defined by his seriousness, I can't help thinking about how he will cope with the changes in his life. His status quo of quietly brooding for the last few seasons makes me wonder if Grey Sloan's dreamy trauma surgeon needs to radically shake things up to find true happiness.

Owen's been going with the flow. After some heavy early episodes in season 14, he alternates between work and an awkward fling with Carina. We learn that he's the only doctor who doesn't enter the big surgical contest despite considering a clotting factor project with Dr. Parker. Even Miranda, possibly the busiest woman in the entire Grey's Anatomy universe, participates in the contest. Owen justifies his decision to April by saying that he doesn't need to write papers and file patents since he fights death every day in trauma surgery. It sounds too complacent to me, as if there's something a little defeated inside of Owen.

At the same time, this could just be the start of a new Owen. "The big thing is really seeing Owen be a man who isn't weighed down by guilt," Kevin McKidd, who plays Owen, told Entertainment Weekly. "The guilt of losing his sister was the thing pressing down on Owen for years and years, so now seeing that lifted is going to be the fun part."

Chill Owen seems like someone who would really let go of inhibitions and take a risk. A risk that may alter the course of McKidd's run on the show. If Owen does indeed leave Grey's Anatomy, I doubt he'll die. Teddy Altman has a guest arc at the end of season 14, which almost definitely means that we'll get more Teddy and Owen tension. Maybe Owen will finally realize that Teddy is the love of his life and move over to Germany with her! (Or the opposite happens, and by some miracle, Kim Raver becomes a part of the Grey's cast again.) Perhaps he will return to the military, where the pace may suit his trauma-surgeon instincts more. Or maybe he might even join Ben Warren at Station 19.

Then again, McKidd plays an integral part of the Grey's team, having directed 18 episodes already. His departure would certainly be bittersweet for viewers and the show, but it's not beyond the realm of possibility. Whatever happens, it will be interesting to see how the show develops and extinguishes Owen's demons this season.