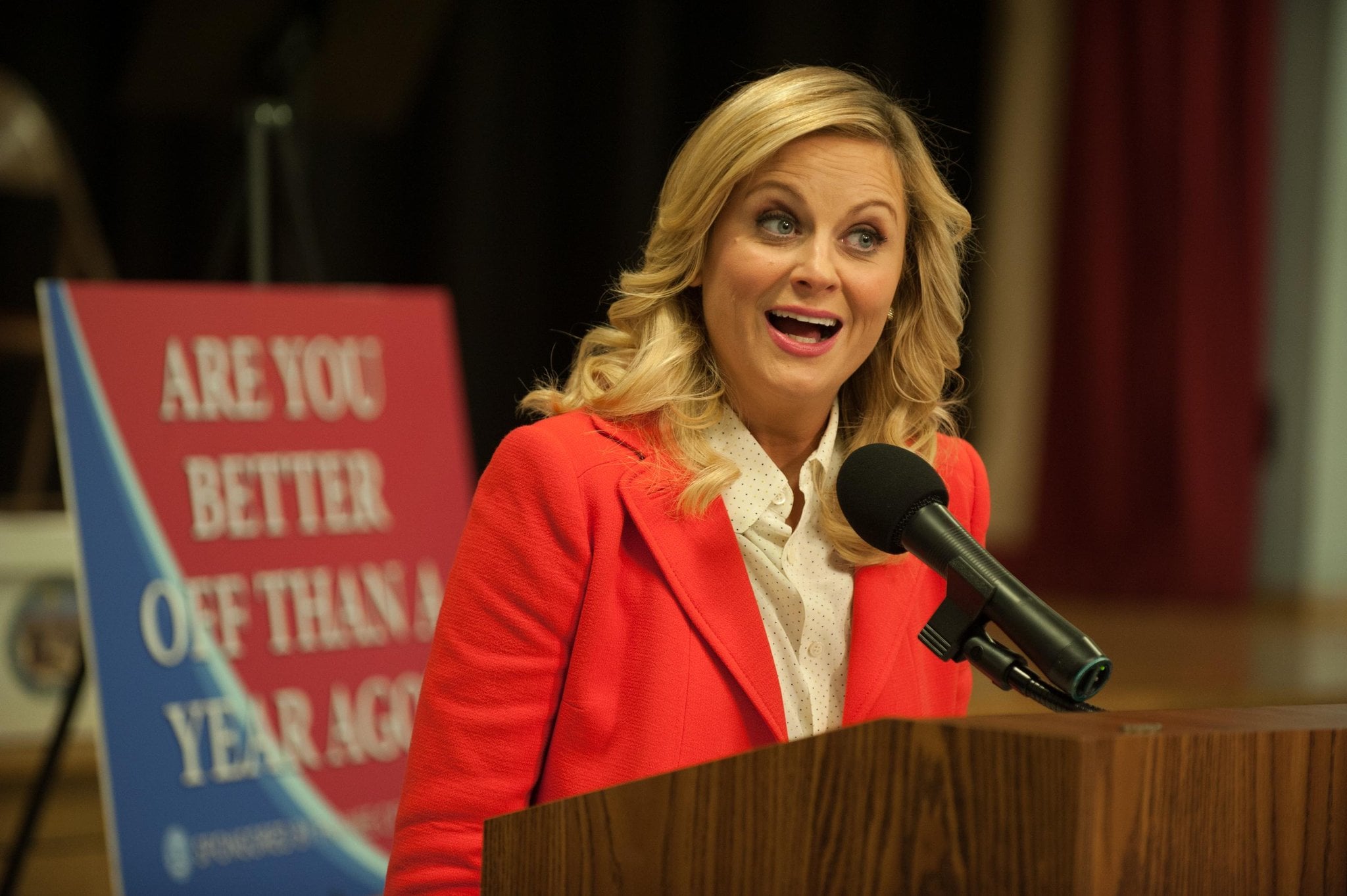 Parks and Recreation's Leslie Knope is a timeless icon for many reasons, her politics being one. She loves Joe Biden even more than her own husband and works tirelessly through the show's seven seasons to improve the world around her — even when it means butting heads with far-right townsfolk in Pawnee, IN, or depriving the town of another gluttonous guilty pleasure like Paunch Burger. All of this is to say Leslie Knope would definitely not be on board with the NRA, a pro-gun organisation which has come under fire (yet again) in recent weeks, using her face to promote its agenda.

So when the NRA used a GIF of Leslie in a tweet to its followers after a contentious CNN town hall in Parkland, FL, the cast and crew of Parks and Rec were far from pleased.

.@DLoesch thank you for being the voice of over 5 Million #NRA members. pic.twitter.com/WDz7vujXfM

The show's creator, Michael Schur, wasted little time in asking the NRA to remove the tweet, including a special message from Leslie Knope actress (and non-Twitter-user) Amy Poehler.

Hi, please take this down. I would prefer you not use a GIF from a show I worked on to promote your pro-slaughter agenda.

Also, Amy isn't on twitter, but she texted me a message: "Can you tweet the NRA for me and tell them I said fuck off?" https://t.co/YXSdzCdvdd

Nick Offerman, who plays Ron Swanson in the series, also had some intense feelings.

.@NRA @DLoesch our good-hearted show and especially our Leslie Knope represent the opposite of your pro-slaughter agenda - take it down and also please eat shit. 🇺🇸 https://t.co/Ar2YF4yoic

Fans of the show stepped up to defend their beloved character against the NRA, too, saying "Not your Leslie."

Leslie Knope’s reaction to seeing you use her picture. pic.twitter.com/qW1XeDM2JN

There you have it — don't mess with Leslie.

Cardi B
Penn Badgley Revealed He's a * Huge * Cardi B Fan, and We Can't Tell Who's More Ecstatic
by Chanel Vargas 2 days ago