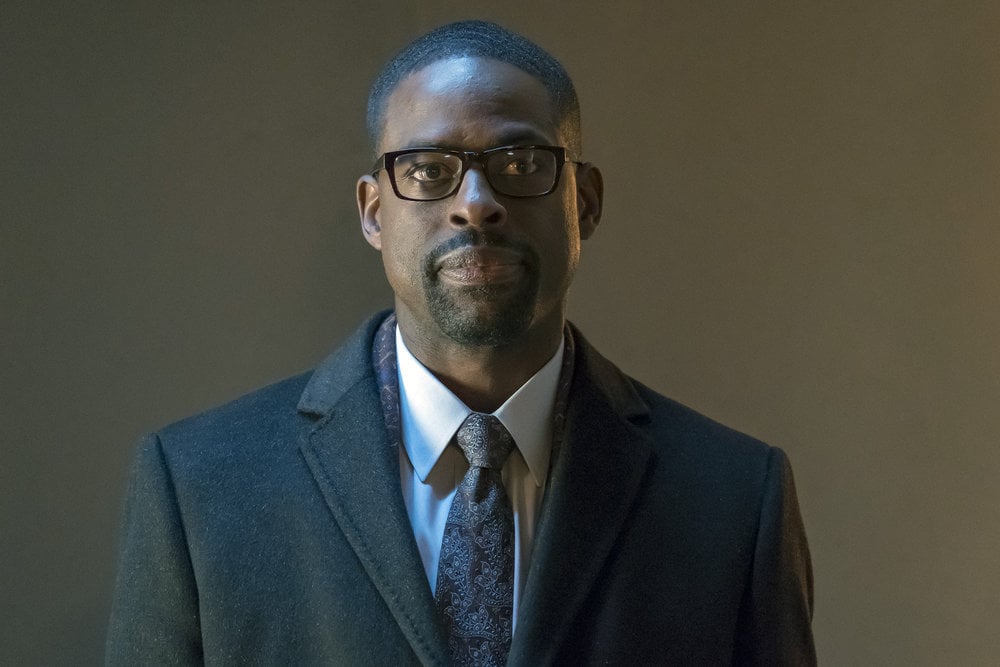 After finding out the tragic way Jack dies on This Is Us, fans are worried they'll have to say goodbye to another character soon. While the entire series has flipped back and forth from the past and present day, the "Super Bowl Sunday" episode sent us all for a loop when it jumped forward in time to a grown-up Tess and Randall. Not only does the twist open up a whole new can of worms for future episodes, but it could result in another big character death.

As fans have already pointed out, there was a significant clue this season. When Randall and Kevin team up to fix the old apartment building during the "That'll Be the Day" episode, the brothers share a heartfelt moment when they remember how it has been almost 20 years since their father passed away. As Randall talks about his fear of growing older, he tells Kevin that he sometimes tries to picture himself as an old man and can't.

"It's hard to picture myself out-living dad," he says. Kevin then quips that Randall should definitely picture himself as an old man because "he's not going anywhere anytime soon." He even adds that his "tough-as-nails, kick ass wife" Beth would never let him die on her. Of course, we know that Randall does eventually grow older in the flash forward, but what if there's a twist? Something could happen later on in the flash forward as the story develops.

Related:
This Is Us Finally Revealed Jack's Death, but That Wasn't Even the Big Twist

While the scene between Kevin and Randall definitely seems like it's foreshadowing Randall's fate, it's his possible age in the flash forward that really has us convinced. In the current timeline, Tess is 9 years old and Randall is 37. Right before the flash forward however, Randall tells his daughter she will still be having dinner with him when she's 25. Assuming that's how old she is in the future, Randall would be approximately 53, aka the same age Jack is when he dies. While this theory could arguably go for any of the Big Three, it is Randall who talks about how he can't imagine out-living his dad. It would definitely be incredibly tragic to have him die at the same age as his father.

Following the speculation about Randall's death, the show's creator Dan Fogelman has spoken about the fate of the character (his comments don't make us feel any better). While he said Randall wouldn't be dying this season, he didn't exactly make any promises about future seasons, telling Entertainment Weekly: "I can't reassure anybody of anything."

Dang it, This Is Us. Just when we thought we were finally done over-analyzing every single detail of this show, you pull us back in.