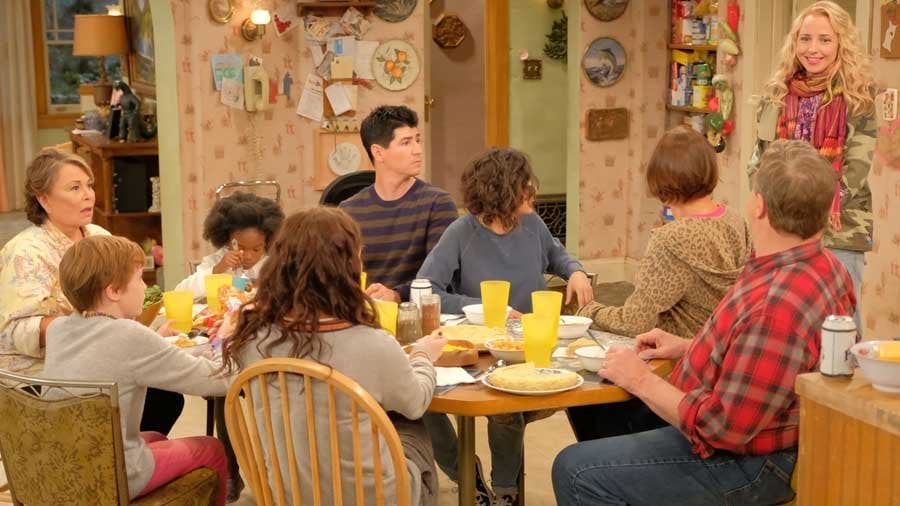 It's been one hell of a month since ABC abruptly cancelled Roseanne after Roseanne Barr's racist tweets, but things are looking up. On Thursday, the Disney-owned network announced that a Roseanne spinoff is officially happening, without Barr, of course. Moments after the news broke, Barr and executive producer Tom Werner released a joint statement to POPSUGAR, stating that they've reached an agreement that will allow Werner Entertainment to produce a spinoff without Barr's further creative or financial participation.

"I regret the circumstances that have caused me to be removed from Roseanne," Barr said. "I agreed to the settlement in order that 200 jobs of beloved cast and crew could be saved, and I wish the best for everyone involved." Werner then added, "We are grateful to have reached this agreement to keep our team working as we continue to explore stories of the Conner family." Here's everything we know so far about the upcoming series.

As of now, the series is tentatively titled The Conners.

The 10-episode spinoff is set to premiere on ABC in the Fall and will take over Roseanne's Tuesdays at 8 p.m. time slot. According to The Hollywood Reporter, it will revolve around the Conners' "daily struggles of life in Lanford in a way they never have before."

Roseanne stars John Goodman, Laurie Metcalf, Sara Gilbert, Lecy Goranson, and Michael Fishman will all be returning, along with some new faces, which have yet to be revealed. "We have received a tremendous amount of support from fans of our show, and it's clear that these characters not only have a place in our hearts, but in the hearts and homes of our audience," the cast told The Hollywood Reporter in a joint statement. "We all came back last season because we wanted to tell stories about the challenges facing a working-class family today. We are so happy to have the opportunity to return with the cast and crew to continue to share those stories through love and laughter."

What Will Happen to Roseanne?

Given that Barr is in no way associated with the spinoff, fans are speculating that she will be killed off the show by suffering an accidental overdose. Roseanne struggles with addiction to painkillers due to an injured knee in the reboot, so that is one possibility. ABC has yet to officially reveal how it'll deal with Roseanne's absence.

Team GB
They're Coming Home! Team GB's Homecoming Will be Accompanied by an Exclusive Concert on BBC
by Navi Ahluwalia 18 hours ago