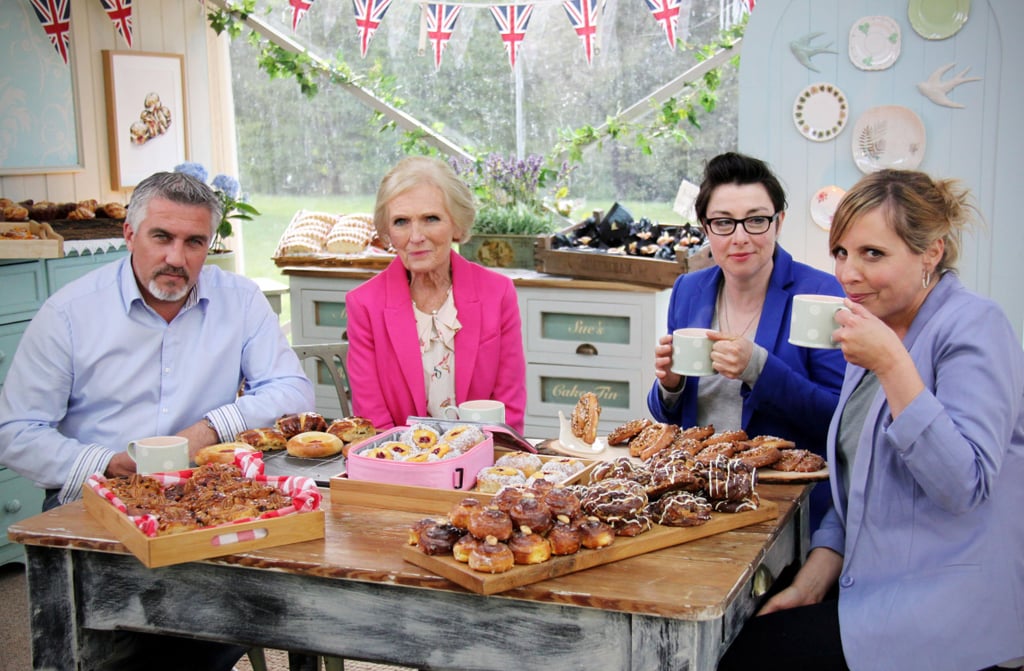 11 Shows Every Great British Bake Off Fan Needs to See

The Great British Bake Off is a bit like the television equivalent of a hug from a good friend after a hard day. In each episode, a group of genial contestants compete in mind-boggling hard challenges that sound benign on the surface — like Cake Week — and then have their baked goods judged by the steely-eyed Paul Hollywood and, depending on which season you're watching, the grandmotherly Mary Berry or new judge Prue Leith, who is usually kinder than Hollywood, but who will occasionally deem something "not worth the calories." Thankfully, that's about as taxing as this supremely relaxing and unique competition series gets.

On any given episode, you can find the competitors cheering each other own, hosts Sue Perkins and Mel Giedroyc (or Noel Fielding and Sandi Toksvig in the most recent seasons) offering words of encouragement to amateur bakers sobbing over melted chocolate, and a big group hug with lots of happy tears at the end of the hour. It truly is a special series, but there are a few other shows like The Great British Bake Off out there.

While nothing is quite as good as watching Hollywood give a baker one of his patented handshakes, the shows on this list will leave you feeling generous toward humanity at large. Like The Great British Bake Off, they've found the perfect recipe of competition, warmth, and humour to keep viewers coming back for more. Best of all, they're all streaming in America, making your next favourite comfort show just a few clicks away.