The First Order gets the royal treatment! In November, it was confirmed that Prince William and Prince Harry would make a special appearance in Star Wars: The Last Jedi as stormtroopers, but fans were sorely disappointed when their scene didn't make the final cut. Now we can finally see the deleted scene starring the British royals, but if you don't watch close enough, you could miss them.

The dramatic scene kicks off when Finn (John Boyega) and Rose (Kelly Marie Tran) sneak into the First Order base, but end up stuck in an lift with a group of stormtroopers. Those stormtroopers? Prince Harry and Prince William. It's easy to spot them, standing a few inches taller than the crowd of white-armored troops. But that's not all! In the clip, one of the troopers (with an interesting accent) recognises Finn from his trooper days, congratulating him for becoming a captain, and even slapping him on the tush. This frisky trooper is reportedly Tom Hardy! According to Deadline, the deleted scene above will be included in the DVD released in April. 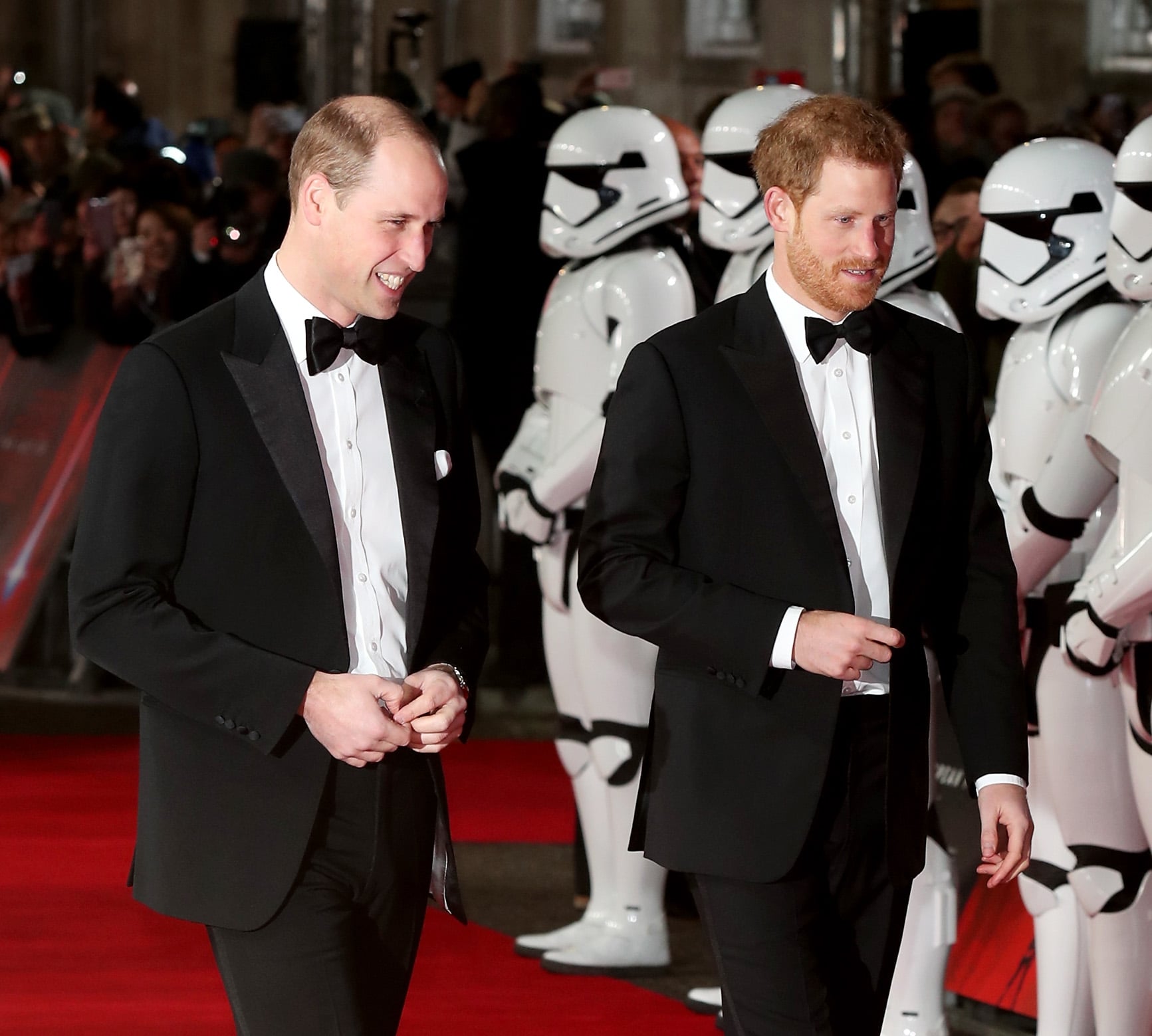