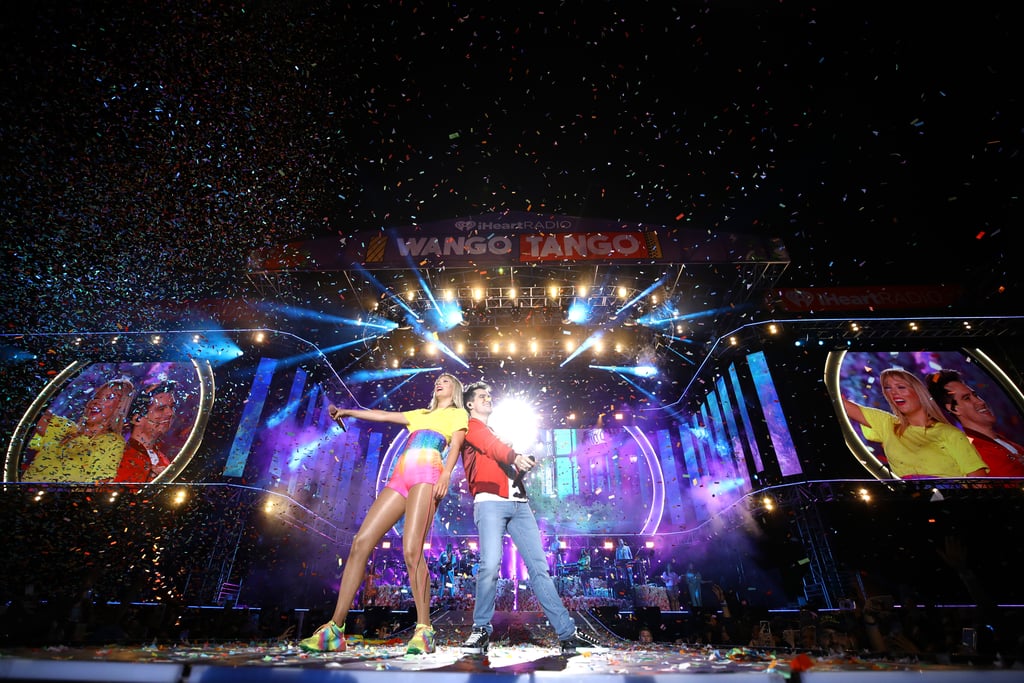 Taylor Swift made her first-ever appearance at iHeart Radio's Wango Tango music festival on Saturday, and she definitely brought the house down. At the Los Angeles event, the 29-year-old singer rocked a rainbow ensemble while performing a handful of her best hits, including "Shake It Off" and "We Are Never Ever Getting Back Together." She even surprised fans by bringing out Brendon Urie to sing their latest single, "ME!," on a colorful stage — a nod to the song's music video and Taylor's recent outspoken support for the LGBTQ+ community.

Perhaps one of the funniest moments came when Taylor was strutting down the stage while crooning the lyrics to "Blank Space." A beach ball just so happened to be coming toward her when she kicked it out of the way, right on beat. One Twitter user shared the clip, adding, "Good job!!" while another joked, "Taylor Swift appropriately dealing with homophobes."

During her set, Taylor also took a moment to vocalize her support of the LGBTQ+ community and highlight the importance of Pride Month. "Who you love, how you identify — you should be able to live your life the way you want to live your life, and you should have the same exact rights as everyone else," she said while strumming a guitar. She went on to encourage fans to support her petition to urge Tennessee senator Lamar Alexander to pass the Equality Act, which would protect LGBTQ+ members from discrimination in the workplace, schools, and other locales.

Evidently, Taylor's debut Wango Tango appearance was power-packed and a ton of fun. Look on to see all of the stunning photos from her set!

Related:
These Are the 13 Performances That Taylor Swift Fans Will Never, Ever, Ever Forget
Previous Next Start Slideshow
Music FestivalLGBTQ+Pride MonthMusic FestivalsTaylor SwiftMusic 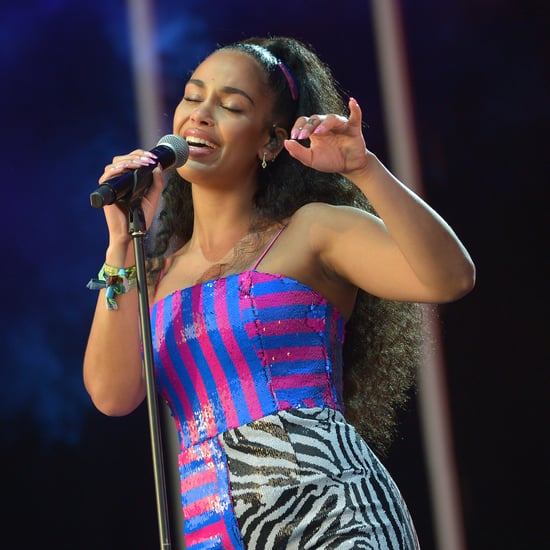