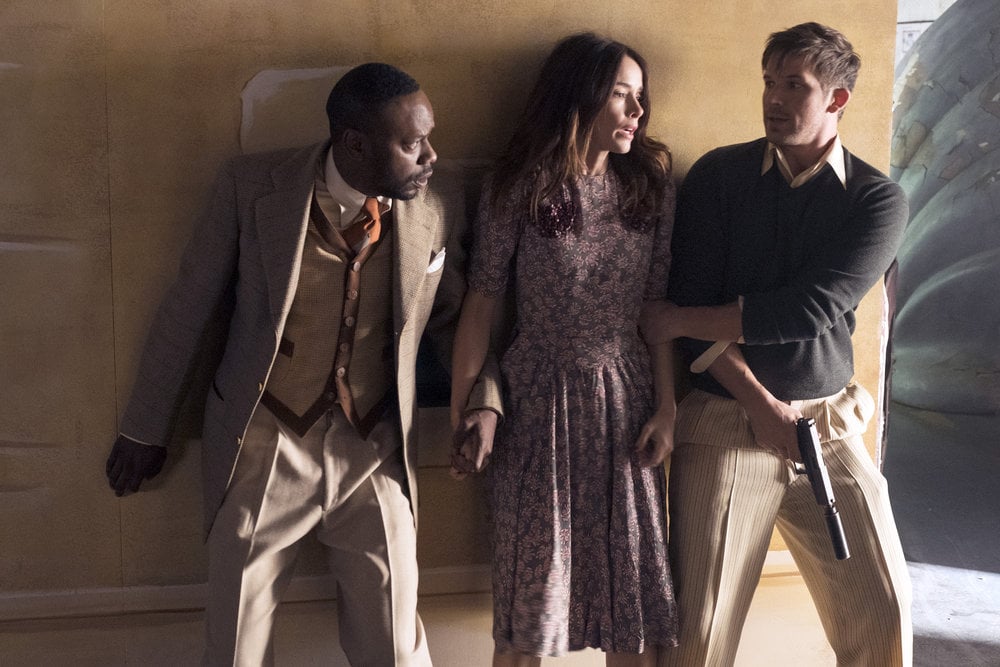 Well, Timeless fans, the moment of truth is finally here, and it's not good news. NBC has decided to cancel the time-travelling drama, for a second time. As fans may recall, the series, which is produced by Sony Pictures Television Studios, was originally cancelled after its first season, but was brought back for season two by popular demand. The news of the cancellation reportedly comes just days before the cast's options were set to expire.

While this is certainly disappointing for fans who fought long and hard to save the show, it may not be the end for our beloved Time Team. Although Sony TV doesn't plan on extending the cast's options, the studio is "expected to explore every avenue" for the show, including a possible movie. NBC and Sony Pictures TV are reportedly discussing doing a two-hour movie that would resolve the cliffhanger in the season two finale and wrap up any additional storylines. Fingers crossed!