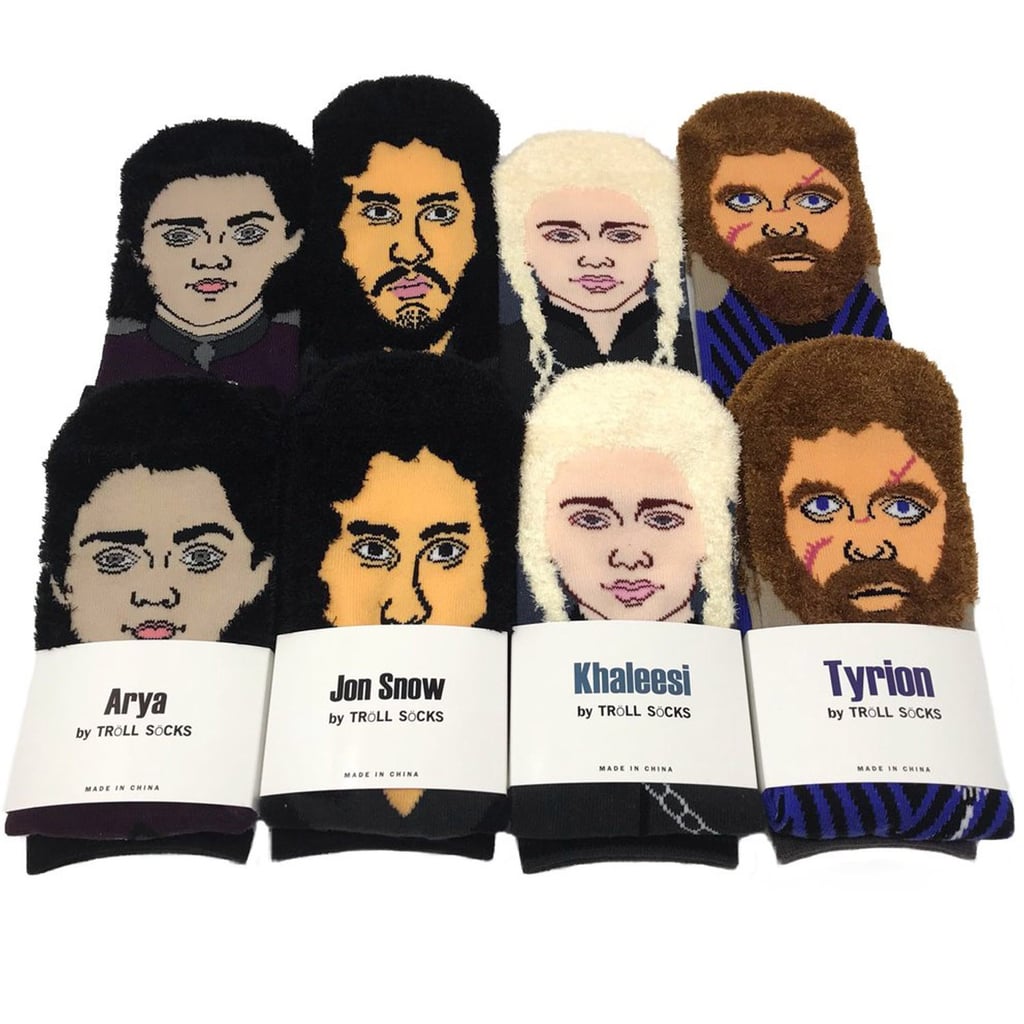 If you're a Game of Thrones fan, I don't need to tell you that we're less than two weeks away from the premiere of season eight, and I'm clearly not the only one excited for the final showdown. From Game of Thrones Oreos and Mountain Dew to Game of Thrones pet beds and toilet decals, I thought I'd seen it all. That is, until these uncomfortably realistic character socks joined the mix, and I can't stop staring at them.

Created by sock company Troll Socks, these limited-edition Game of Thrones Watch Party Socks ($68, originally $80) are meant to keep you comfy while you cheer for your favourites to take control of Westeros through all of season eight. All I can think of right now, though, is Arya's bag of faces and the possibility of having her eyes bore into my soul one night as I sit with my legs outstretched on the couch. However, they do look super comfy!

Available only in packs of four, the socks are one-size-fits-all and feature Jon Snow, Daenerys Targaryen, Tyrion Lannister, and Arya Stark. With so much detail put into every stitch, it's no surprise that only 1000 packs of socks were made. Check out Troll Socks to grab a pair for yourself, and try not to get too spooked if you're watching Game of Thrones one night and you happen to look down to find Khaleesi looking back at you.

Related:
The New Game of Thrones Adidas Collection Could Help You Outrun a White Walker
Previous Next Start Slideshow
ShoppingGame Of ThronesSocksTV