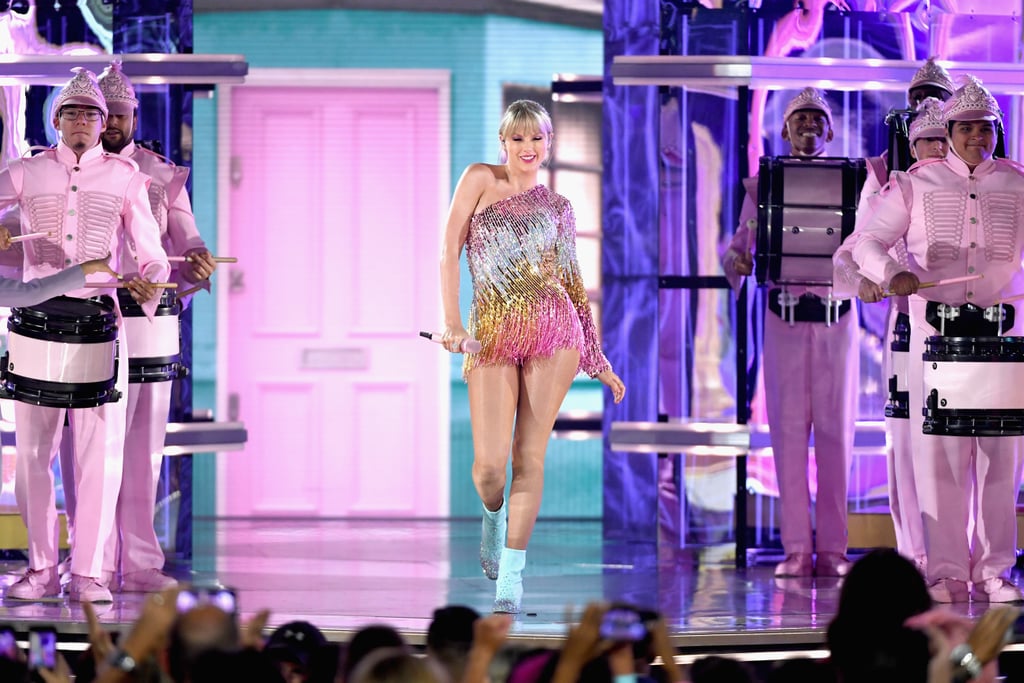 Ahead of the 2019 Billboard Music Awards, Taylor Swift promised the highly-anticipated first live performance of her single "ME!" would look pretty similar to the pastel-infused music video she released last week. However, when Swift's act began, viewers at home were quick to notice the similarities to another acclaimed performance: Beyoncé's Homecoming.

Much like how week two of Beyoncé's Coachella set began, Swift's performance starts with a drumline of musicians dressed all in pink. Swift used the drummers to kick things off, building suspense until her big entrance — again, like Beyoncé. To be fair, though, Swift has used high school marching bands in her previous eras (remember "You Belong With Me"?) but the timing of this definitely suggested some Queen Bey influence.

We can't blame Swift for wanting to bring a little bit of Homecoming to the BBMAs, but drawing on Beyoncé's performance so quickly after her Netflix documentary definitely shook the hive. It seems unlikely that Swift could've overlooked the similarities, but if the 2009 VMAs taught us anything, it's to be careful before coming between these two. Ahead, see how people on Twitter reacted to Swift's performance: the good, the not-so-good, and the in-between.

British Celebrities
James McAvoy Showed Off His Stiff Peaks on Bake-Off, and Twitter Couldn't Cope
by Navi Ahluwalia 3 weeks ago