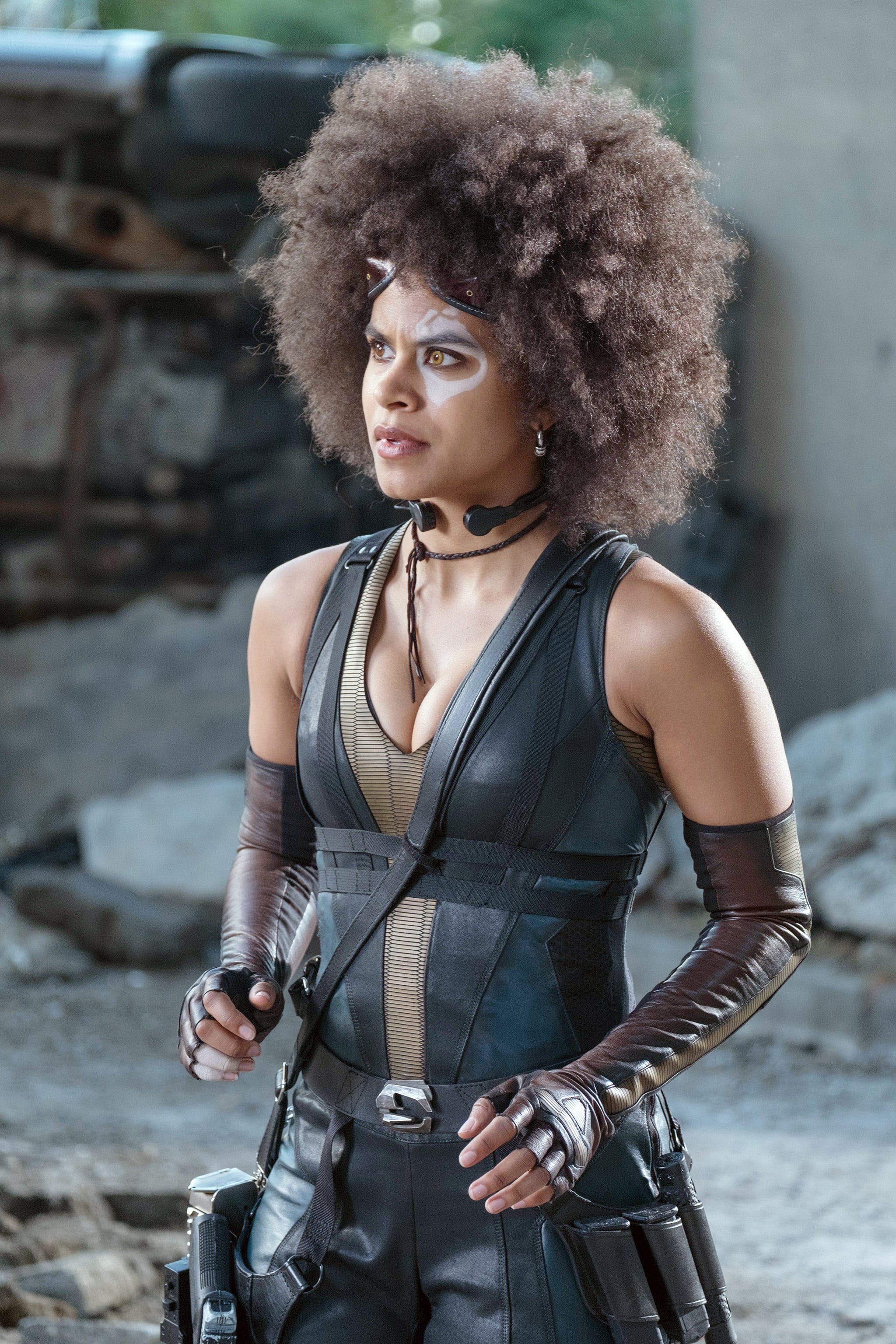 I'd be lying if I said I wasn't excited to see Deadpool 2 partly because of Domino (Zazie Beetz). The 26-year-old German actress has made a name for herself on shows like Atlanta and Netflix's anthology series Easy. Now she's poised to steal hearts as the badass, ass-kicking mutant in the sequel to 2016's Deadpool. As someone who isn't an avid reader of the comics, I went down a rabbit hole to find out more about Domino. Check out everything you need to know about her insane superpowers ahead, then find out which mutant Deadpool has to thank for his superhuman abilities.

Related:
Here's What We Know About Deadpool 2

How Does She Get Her Powers?

Domino, real name is Neena Thurman, made her debut in 1992 as part of Marvel's X-Force: a team of superheroes who fight to eliminate threats to the mutant race. Her backstory, however, is even more intriguing. According to her official Marvel bio, "Neena was one of many children born to the US government's Project: Armageddon, designed to genetically engineer the perfect weapon using a precognitive mutant named Beatrice." Although the experiment worked on her, it resulted in casualties for the other children involved. Domino was only one of two survivors and found safety in the care of a Chicago priest after being rescued by Beatrice's cult, known as the Armajesuits.

What Abilities Does She Have?

The aftermath of the genetic experiment gave Domino a unique telekinetic ability, which allows her to generate fields of "good luck." With this power, she is able to control probability in her favor. This means she can make things "occur within her line of sight, thus causing her to have "good luck" and her opponents to have "bad luck" during battle. How freakin' cool is that? The only downside is Domino hasn't figured out a way to consciously control her abilities. The subconscious superpower is constantly emanating from her body, but she can only activate it by putting herself in stressful situations where she can be harmed. Bummer.

Another fun/scary fact: the full extent of Domino's powers is still unknown.

What Else Can She Do?

Just like her X-Force partner Deadpool, Domino has major skills when it comes to hand-to-hand combat and assassination techniques. She has been trained in various armed and unarmed combat techniques, and is well versed in covert operations. She is also described as "a superb athlete and swimmer," and knows her way around the use of explosives. A true badass, indeed.