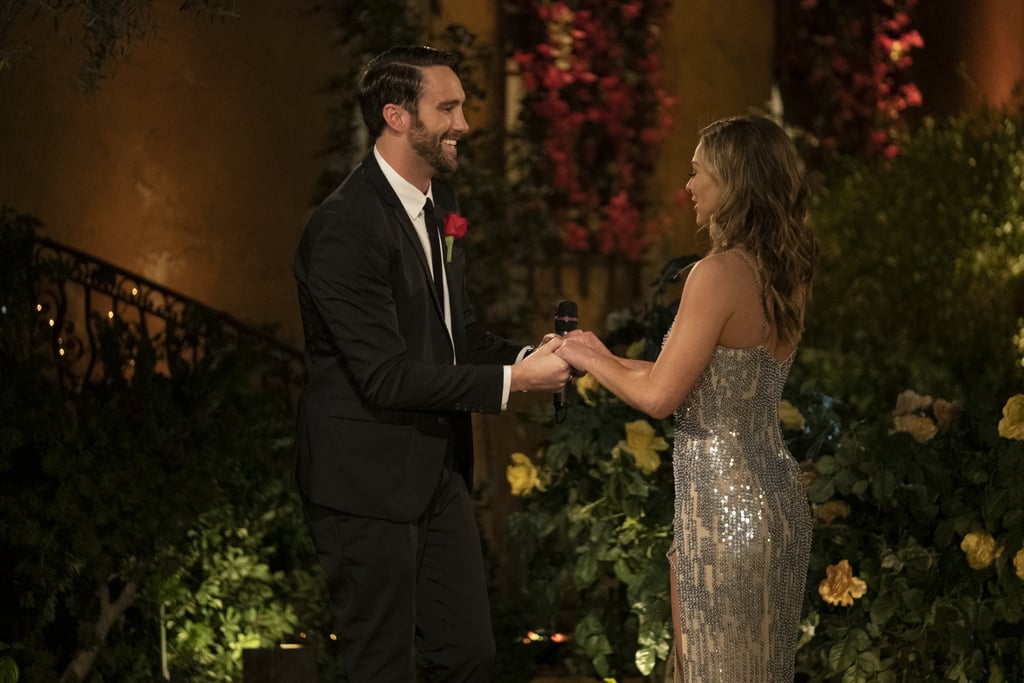 The Bachelorette: The Internet Aggressively Dislikes Cam, and After His Behaviour, We Get It

The Bachelorette process is about as unconventional as finding love can get, so it's understandable that it's not for everyone. It's not easy to watch the person you like kissing other guys, after all. If there's one person who isn't taking it well, like at all, on Hannah Brown's season, we'd say it's Cameron "Cam" Ayala, the 30-year-old software sales manager from Austin, TX.

Having to "share" one person and their time is just part of the franchise's journey, but that doesn't make it any better. During the second episode, Cam was not included on the first group date, the only one-on-one date, or the second group date. He was clearly upset about it, which is understandable since he received the first impression rose before the season even officially started.

"I'm here for the right reasons, ready to be a father, but she's making it kind of hard when she's up in a helicopter," he rapped in a freestyle while Tyler G. was on the one-on-one date. "With another dude I say I be a liar if I don't miss her too much, but I say, 'forget you, Tyler!' But I go around the circle nerdy like the Steve Urkel and banging on the trash can, boys they call me Killer Cam. Damn!"

Related:
The Bachelorette: It's Only the Second Week, and 1 Contestant Has Already Dropped the "L" Word

On that second group date while other men were trying to stay on two feet during roller derby, Cam was stuck at the Bachelor Mansion with no television, internet, or cell phones, and that's a lot of time to think. And in his case, that thinking led him to the decision to crash the group date he was not invited on. We know, we cringed through the whole thing, too.

"I'm feeling very disappointed right now," Cam said. "I'm not on the date today. I've been cooped up in this house for a couple of days now, and while I'm cooped up in the house there's other guys forming relationships with Hannah. Now I'm obviously more motivated than ever to go and create time with Hannah and be bold, because, as I always say 'ABC,' Always Be Cam."

So there he was, with a bouquet of flowers in hand ready to take time away from the other men's nighttime portion of the date — or, at least, that's how they saw it. Cam acknowledged to the camera that he was "barging in" on a date he wasn't invited to, but that didn't stop him from interrupting. Hannah looked just as confused as we did when Cam walked through the door, and their conversation was . . . awkward. It seemed like Hannah was a bit thrown off that he was there, but her reaction was nothing compared to some of the other guys.

Tyler C., Garrett, and Kevin approached Cam separately about how they didn't appreciate him crashing their date. At least one of the guys didn't get one-on-one time with Hannah during the date . . . yet, Cam did . . . and he wasn't invited.

every guy on the bachelorette when cam shows up on their date pic.twitter.com/4DpPTJC7cT

But that's not all! At the cocktail party before the rose ceremony, Cam just couldn't help himself . . . again. He interrupted Kevin's time (when he didn't get any one-on-one time during his group date). But Cam said he had something for all three of them. So there's Cam, Hannah, and Kevin, sitting in the middle of a heart made of rose petals and candles eating chicken nuggets. We're not sure if it was better or worse that Kevin was there as well, but it was strange to watch. When Cam came back inside, Kevin threw chicken nuggets at Cam. Yes, you heard us — Kevin threw his chicken nuggets at Cam! Is that dramatic night Chris Harrison was hinting at?

To put a final nail in this awkward coffin, Cam made a toast after the rose ceremony where he received Hannah's last rose. Making it to the next week is something to celebrate, right? Well, in a room filled with the 18 other men still in it for Hannah's heart, he toasted: "To my future best friend, Miss Hannah Ayala." Yes, that's his last name. Let's just be happy that the episode ended here — and that we have these hilarious tweets to see the humour in all of this.