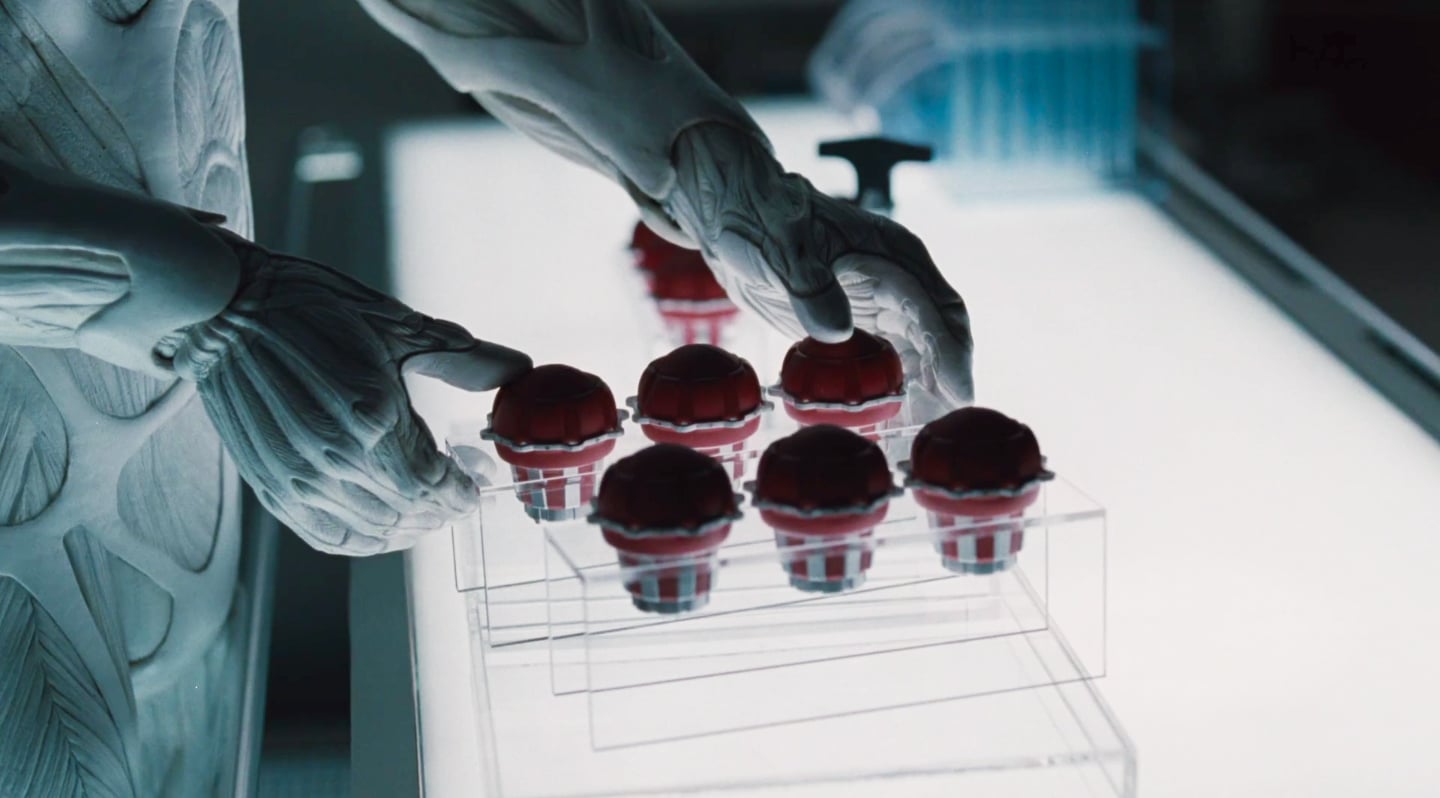 This week's episode of Westworld, "The Riddle Of The Sphinx", gave us more riddles than our brains could handle. But one of the biggest questions we were left with is, what exactly are they making in Lab 12 before they are all slaughtered? According to Bernard, it isn't hosts . . . not exactly. And while we see something that looks an awful lot like cupcakes in Bernard's flashbacks, we know that not everything in Westworld is as it seems. So, what are those weird, red things in that secret lair then? After this week's episode, we can speculate.

Related:
The Latest Westworld All But Confirmed This Bizarro Theory

Remember in the very beginning when we hear Ford talking to Bernard about resurrecting the dead? The miracle of Lazarus? That's exactly what Delos is trying to do. This is where the cupcakes come in — because they're not actually cupcakes. They're the fruit of the control unit printer. Or, rather, robot brains that, once downloaded into an artificial body, will enable someone to live forever.

Old Man Delos is to be the first test dummy. They have downloaded his consciousness into an artificial body over 100 times. At first, his mind is able to last a few hours, then a few days. But ultimately, his artificial mind can't keep up with reality.

It just so happens that the little cannisters storing "brain" matter happen to look like our favourite dessert.

Award Season
Silk Sonic Performed "Fly As Me" at the Soul Train Awards, and It's Just As Smooth As You'd Imagine
by Princess Gabbara 7 hours ago