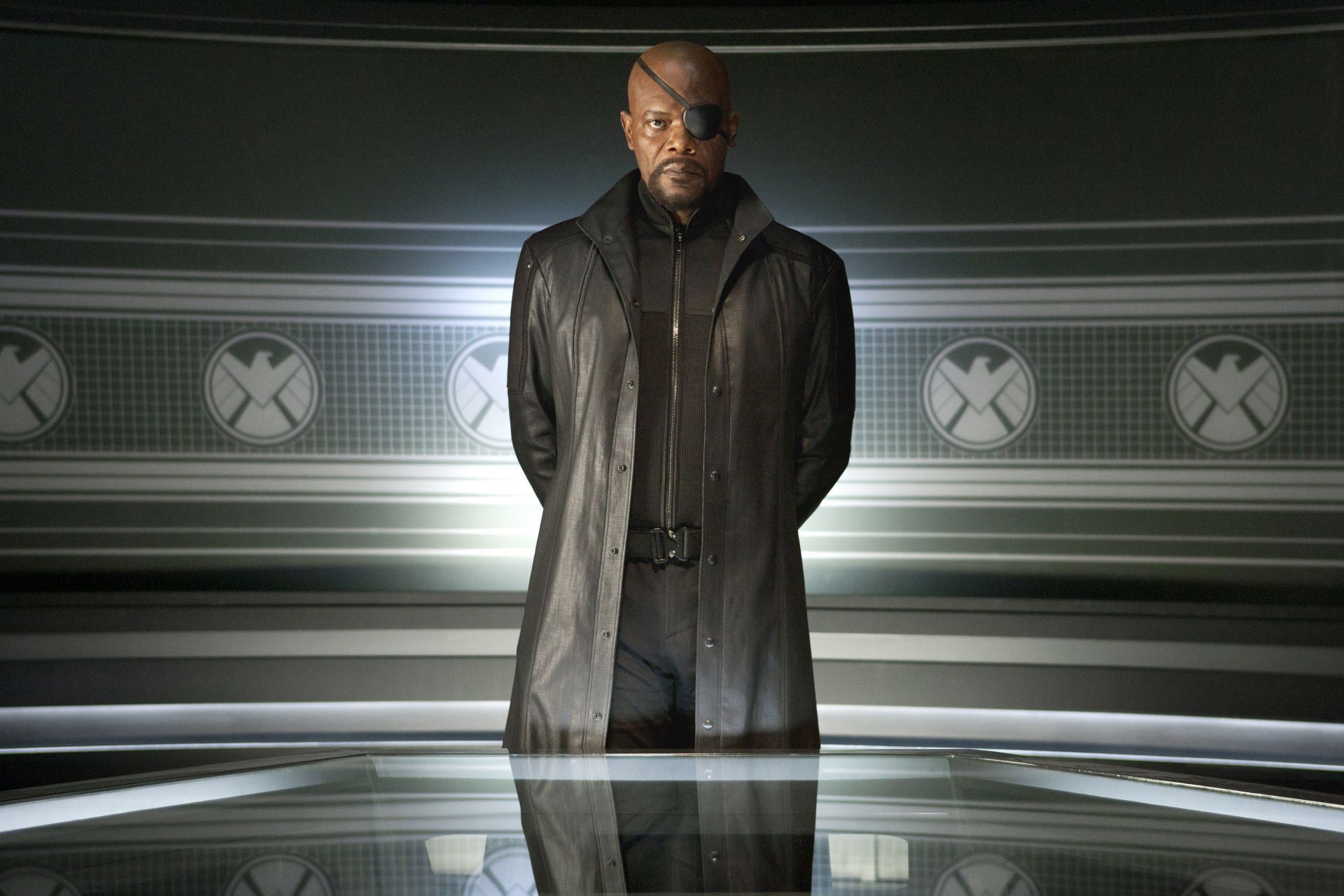 I'm not sure if you've heard, but Avengers: Infinity War has finally arrived in cinemas. The latest entry into Marvel's cinematic universe features epic team-ups from our favourite heroes, a story that's simultaneously tragic and entertaining as hell, and some choice moments between Thor (Chris Hemsworth) and Peter Quill (Chris Pratt). What more could you want in a movie, honestly?

Over the course of the two-and-a-half hour film (if you're thinking about buying a soda at the concessions stand beforehand, DON'T), we watch the Avengers take on the universe's most feared (and most purple) villain, Thanos, as well as suffer some serious losses. If Marvel set out to make us cry into our popcorn, it 100 percent succeeded. Despite the abundance of both tears and superheroes, Infinity War's postcredits scene manages to add another hero to the mix. Who is it? Well, let's just say you've been waiting for her for quite some time. Before we reveal her, however, let's back up a second.

Related:
Here's Who Makes It Out of Avengers: Infinity War in One Piece

The end of Infinity War wraps up on a heartbreaking note: Thanos fulfils his mission by obtaining all six powerful Infinity Stones and placing them in his Infinity Gauntlet (the golden glove he wears on one of his massive hands), which enables him to vaporise half of the universe's population with a literal snap of his fingers. That means some of our beloved Avengers turn to dust before our eyes. The postcredits scene picks up somewhere on Earth soon after Thanos makes that devastating decision.

Once all of the credits scroll by — seriously, do not get that large soda, you have a very long wait ahead of you — a scene featuring S.H.I.E.L.D.'s Nick Fury (Samuel L. Jackson) and Maria Hill (Cobie Smulders) begins. The pair of them are driving through a city in a large SUV when suddenly the car in front of them crashes and pandemonium breaks out all around them. Maria gets out to inspect what happened, but no one is in the driver's seat. Suddenly the rest of the city starts coming down around them as people begin turning to dust as a result of Thanos's snap (think: falling helicopters, explosions, screaming, etc.). Maria vanishes, and before Nick suffers the same fate, he manages to get a signal out on what looks like an old-school beeper. All we see, however, is a red, yellow, and blue logo flash on the device's screen as it drops to the ground after Nick disintegrates.

So, what does it mean? Well, it turns out that's Captain Marvel's insignia. The film starring Brie Larson is on the way, which means we're one step closer to seeing Carol Danvers in action. You can get a glimpse of a similar starburst logo on the character's suit in a clip from an animated series below:

Production on Captain Marvel recently kicked off with a behind-the-scenes photo of Larson training at an Air Force base in Nevada, since her character is also a pilot. The news that Larson would be embodying the iconic role of Carol Danvers (aka Captain Marvel) was announced at Comic-Con way back in 2016, and over the past two years, quite a few details have trickled out. We know who the villain will be (Rogue One's Ben Mendelsohn), that some familiar faces are set to return (Jackson's involvement in the film was confirmed in July 2017), and that Jude Law is in talks to play Doctor Walter Lawson (aka Mar-Vell).

Although we've yet to get any official footage or photos of her in character, the Infinity War postcredits scene confirms that we'll not only see her in Avengers 4, but that she'll have an interesting relationship with both Nick Fury and Maria Hill in Captain Marvel. You might as well settle in, though, since it doesn't hit cinemas until March 8, 2019.