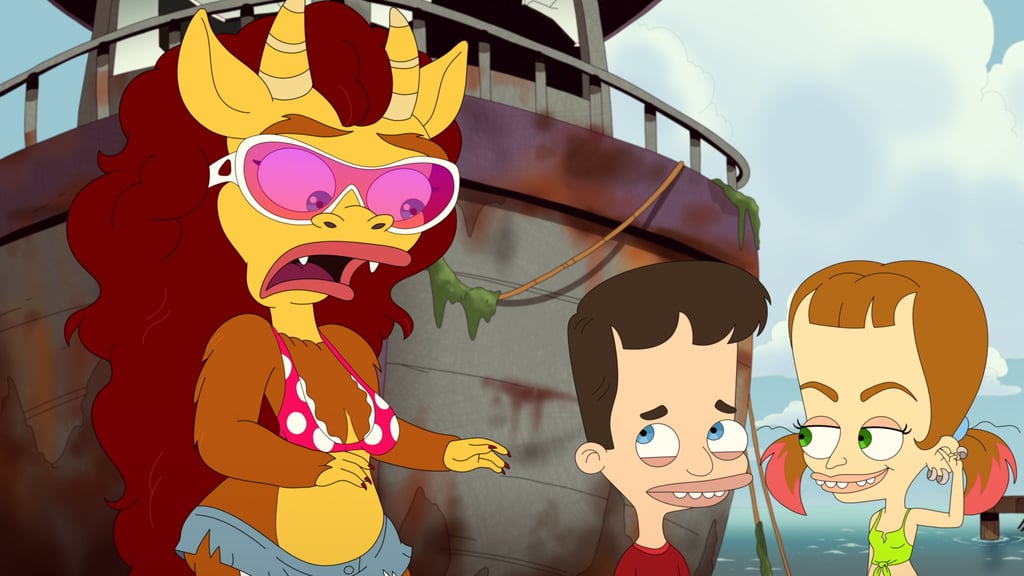 Big Mouth Returns This October, So Get Ready to Relive Your Pubescent Nightmares

If you've missed experiencing the intense secondhand embarrassment that comes with watching Netflix's Big Mouth, never fear — season three of the animated tween comedy is set to premiere on Oct. 4! The show revealed the season's release date on Aug. 21, along with a poster of Maury throwing up "the shocker" hand sign, so it's safe to say this upcoming season will be as raunchy as ever.

Season three of the incredibly inappropriate Emmy-nominated series will once again feature the vocal talents of co-creator Nick Kroll (who voices about 27 different characters), John Mulaney, Maya Rudolph, Jason Mantzoukas, Jordan Peele, Fred Armisen, Jenny Slate, and Jessi Klein. The show will pick up after the events of the February special, "My Furry Valentine," in which rageing hormones caused several relationships to veer sharply off-course. It will also address the changes from season two, which saw Andrew (Mulaney), Nick (Kroll), Jessi (Klein), and Missy (Slate) all reach a new level of personal growth — though Nick is still trailing behind the others a little. (Though, thanks to Connie, he's quickly catching up!) To further sweeten the deal, season three also welcomes several big name guests to the voice cast, including Ali Wong, Martin Short, and Thandie Newton.

Check out photos of the upcoming season ahead and watch out for the "shock and aww" when Big Mouth returns on Oct. 4.