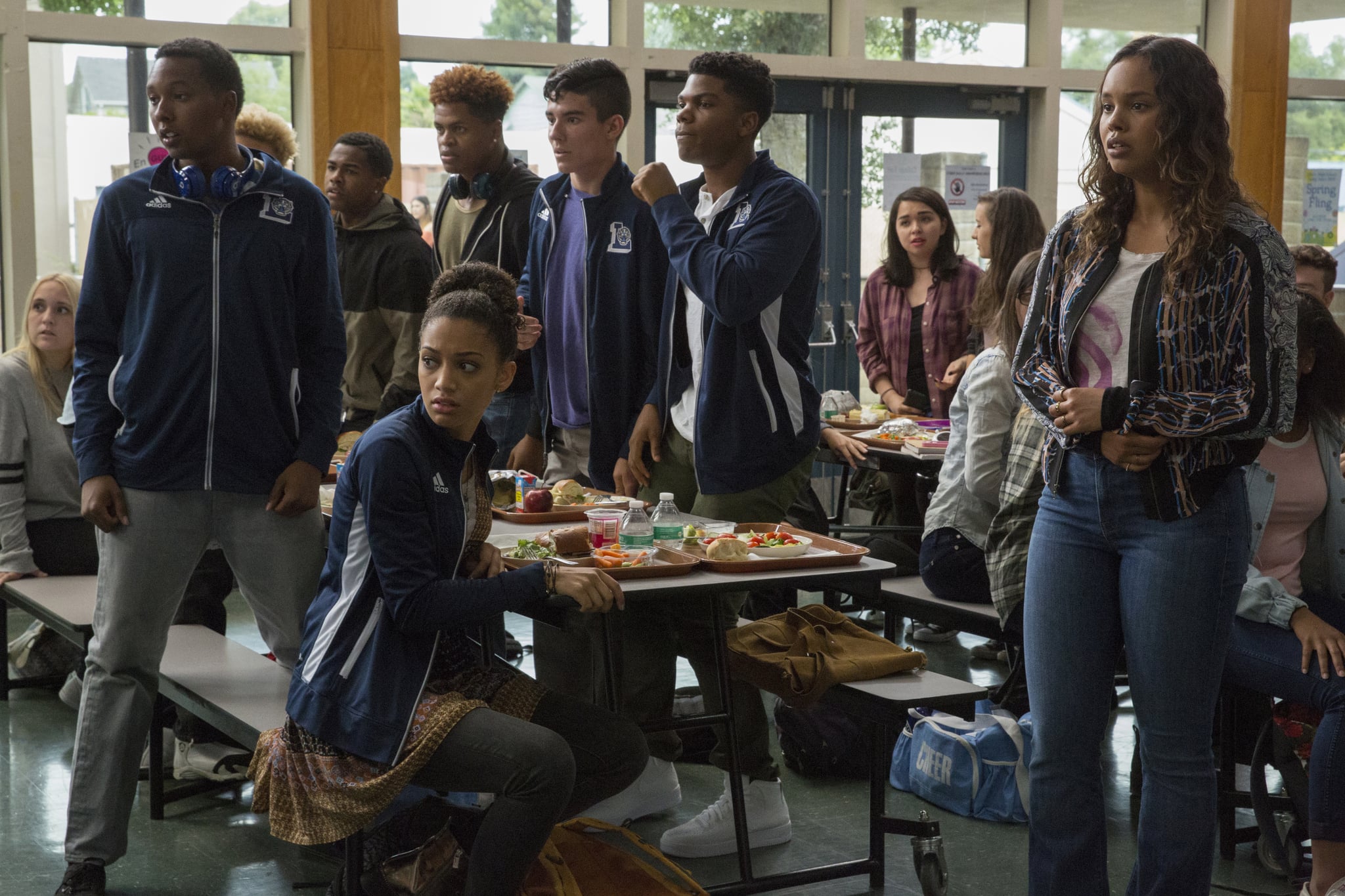 Warning: Spoilers ahead for 13 Reasons Why season two!

The hit Netflix series 13 Reasons Why is back with a thrilling new season equipped with new characters that are ready to shake things up. A fresh face you may have noticed at the top of season two is the mysterious teen that keeps throwing glances at Jessica Davis, former friend of Hannah Baker.

Following her return to Liberty High, Jessica is met with many stares and whispers from her peers since leaving school at the end of last season. One student in particular — Nina — cryptically lurks around campus, keeping a close eye on Jess.

Originally described as "a track star at school with a secret," we come to find that that secret comes with a much more important interest in Jessica. Episode 6 reveals that Nina is not some creepy stalker, but instead a fellow sexual assault victim, hoping to offer Jessica a shoulder to cry on.

Nina leads Jessica to a support group to help her grapple with her the aftermath of her rape from popular high school jock, Bryce Walker. Jess befriends Nina and finds her strength to be inspiring. We then come to find that Nina, too, is another victim of Bryce's actions and still struggling to cope herself.