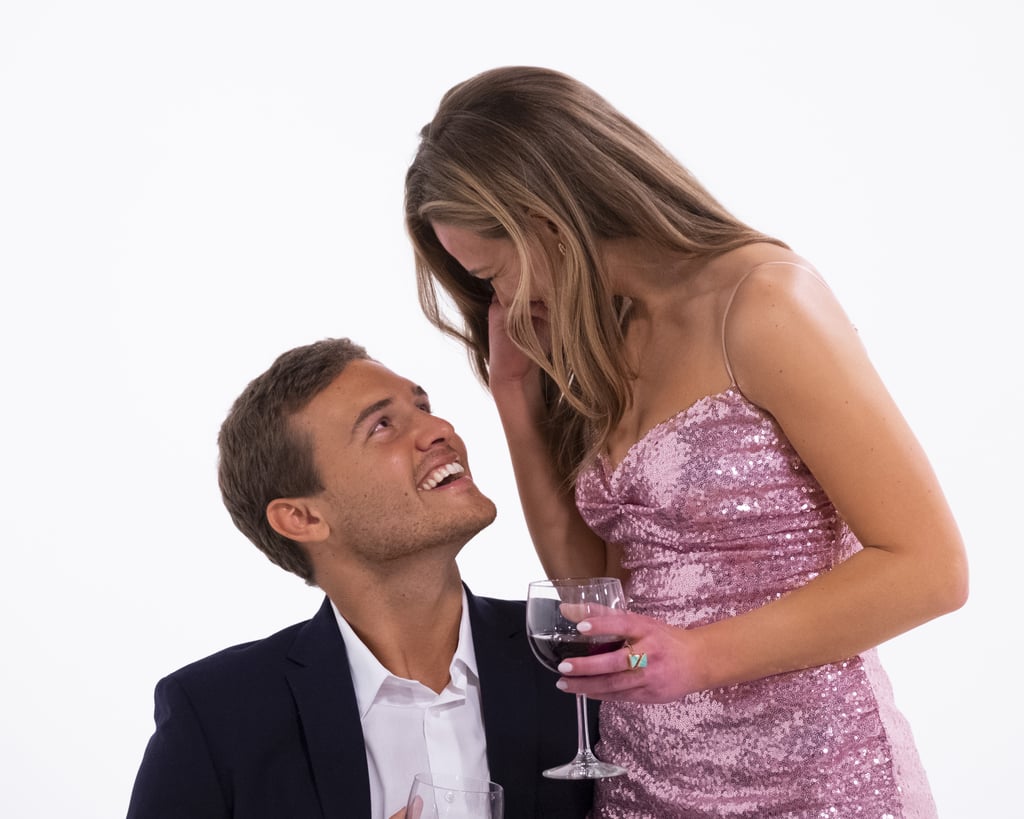 Bachelorette Hannah Was "F*cking in a Windmill," and, Yep, That About Covers It

It was the date heard 'round the world. The Bachelorette has been teasing us all season about Hannah Brown having a date in a windmill, and for weeks we've waited to find out who the lucky guy was. In Monday's episode, we finally got our answer: Peter the pilot! Hannah took her four remaining suitors — Peter, Luke, Tyler, and Jed — to Greece for Fantasy Suite week, which was the beautiful backdrop for all of her dates. During her day with Peter, they went sailing and had a romantic meal together, where he shared that he was in love with her. She gave him the option of going into the fantasy suite together for the night, and as they approached their accommodations for the evening, we got our first glimpse of the windmill.

Hannah and Peter had an eventful night, to say the least, considering the next morning cameras showed their clothes all over the floor and a healthy glow on both their faces. It wasn't until later in the episode, though, that Hannah dropped the bomb on Luke that she was "f*cking in a windmill" — twice. We, along with the rest of the internet, have been losing it ever since the show aired — which you can see in the gallery ahead.

Related:
Bachelorette Fans Are Lining Up to Date Tyler C. After His Respectful Fantasy Suite Speech
Previous Next Start Slideshow
The BacheloretteReality TVTV
Around The Web