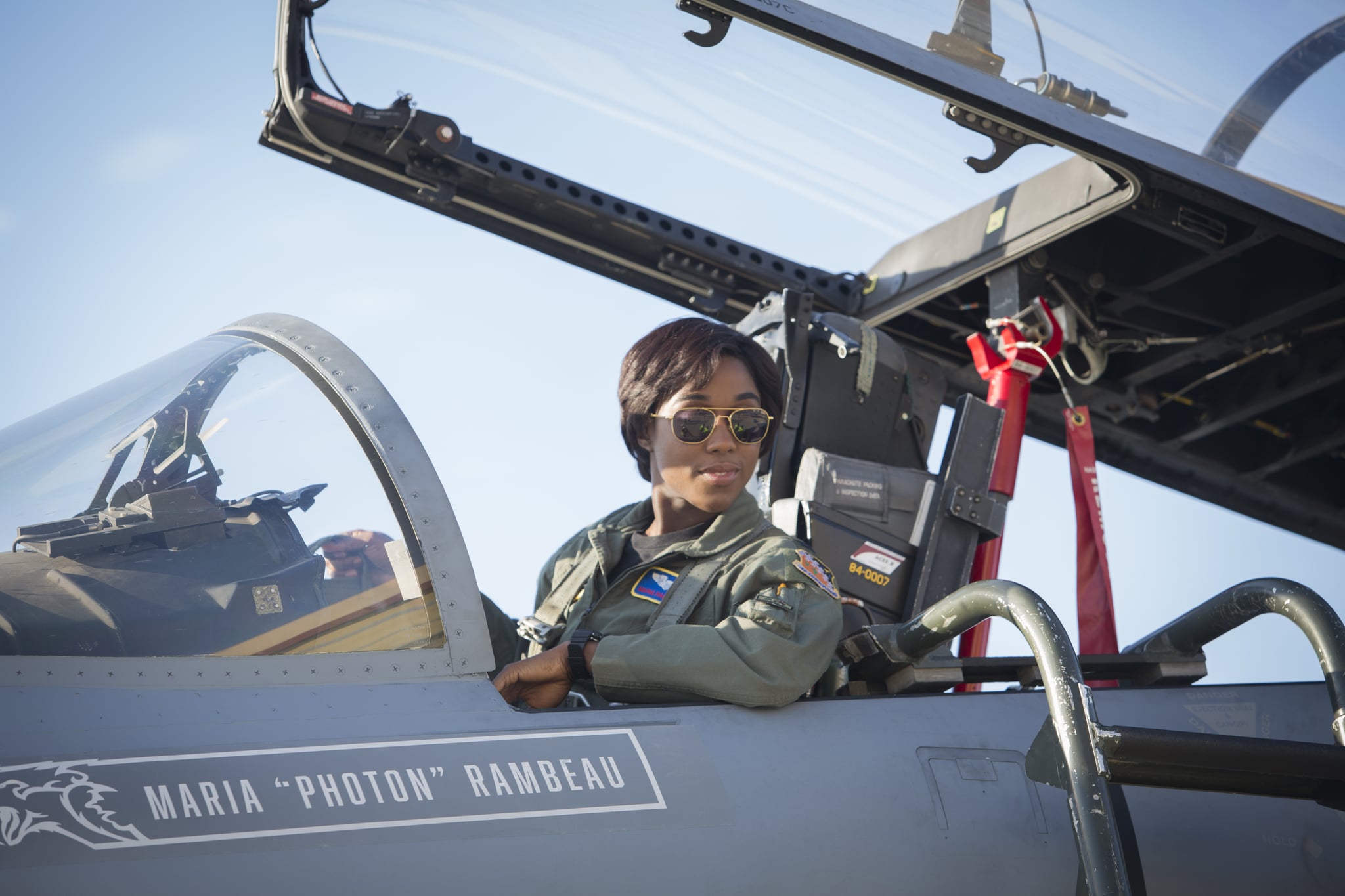 As we close in on Marvel's next big release, Captain Marvel, we're slowly uncovering more and more intel about the incredibly powerful superhero. Even in the last couple of months, we've been treated to tons of trailers and special looks, a couple of familiar faces, and one very fuzzy new sidekick. But if the recently released character posters told us anything, it's that Marvel is keeping a secret or two close to the chest. Case in point: the brilliant Lashana Lynch, who plays Maria Rambeau, aka the best friend and copilot of Captain Marvel's human person, Carol Danvers.

In Summer 2018, POPSUGAR visited the LA set of Captain Marvel with a group of other journalists. During our time in the thick of the action, we were treated to an interview with Lynch. The fact that she's joining the Marvel universe is huge; not only is she a fresh face in the superhero world, but she's a pretty recent newcomer in Hollywood, too. And here she is, kicking ass alongside a badass female superhero in one of Marvel's most important releases in the past decade! To introduce you to the rising star, we've scribbled down a handful of fun facts about the character . . . and the delightful woman who plays her.

Related:
Brie Larson on the "Wild" and "Unapologetic" Captain Marvel: "She Can't Be Contained"

1. She Plays the Mother of a Well-Known Marvel Comics Character

"I play Maria Rambeau, who is the mother of Monica Rambeau, who we know from the comics," Lynch revealed. In Marvel's official database, Monica Rambeau notably takes the Captain Marvel namesake after she joins the Avengers. Lynch told us during our visit that Monica is only 11 in the film, meaning she likely hasn't quite developed her own superpowers yet. Even so, we can't help but feel like that's a pretty easy bridge to a big-screen Captain Marvel sequel.

The comics don't seem to give a lot of information about Monica's mother, Maria. Luckily, we had Lynch to fill us in: "We are going from the beginning, so we're going from before Carol Danvers got her powers. We have us being set in the mid-'90s, which is nice, because we have lots of flashbacks. You know, memories that we all know and love."

"My character, along with Carol Danvers, is a fighter pilot, so you catch a lot of us being the strong, driven, bold females in the workplace, in a male-oriented environment," Lynch continued. "It's nice to flash back and see that — see how women can really burst through being in that environment and still holding their own, and not having to have a man telling them what to do, where to stand, how to look. And also not be glamorous at work: not having to wear heels, and the pencil skirt, and be on their Ps and Qs, just being a complete badass going to work."

Not only were Maria and Carol best friends as fighter pilots, but they also grew up together! "They were best friends in the beginning. Absolute best friends," she said. "They were in and out of each other's houses. Carol was very close with Monica." Because of that time together, Lynch revealed, they do have a pretty incredible bond. She said they give each other "strength, mainly, and spiritual strength. In order to do the job what we do — and especially with me being an African American female fighter pilot — any other woman just gets you, understands the journey. It gives you enough power [to] just go to work." 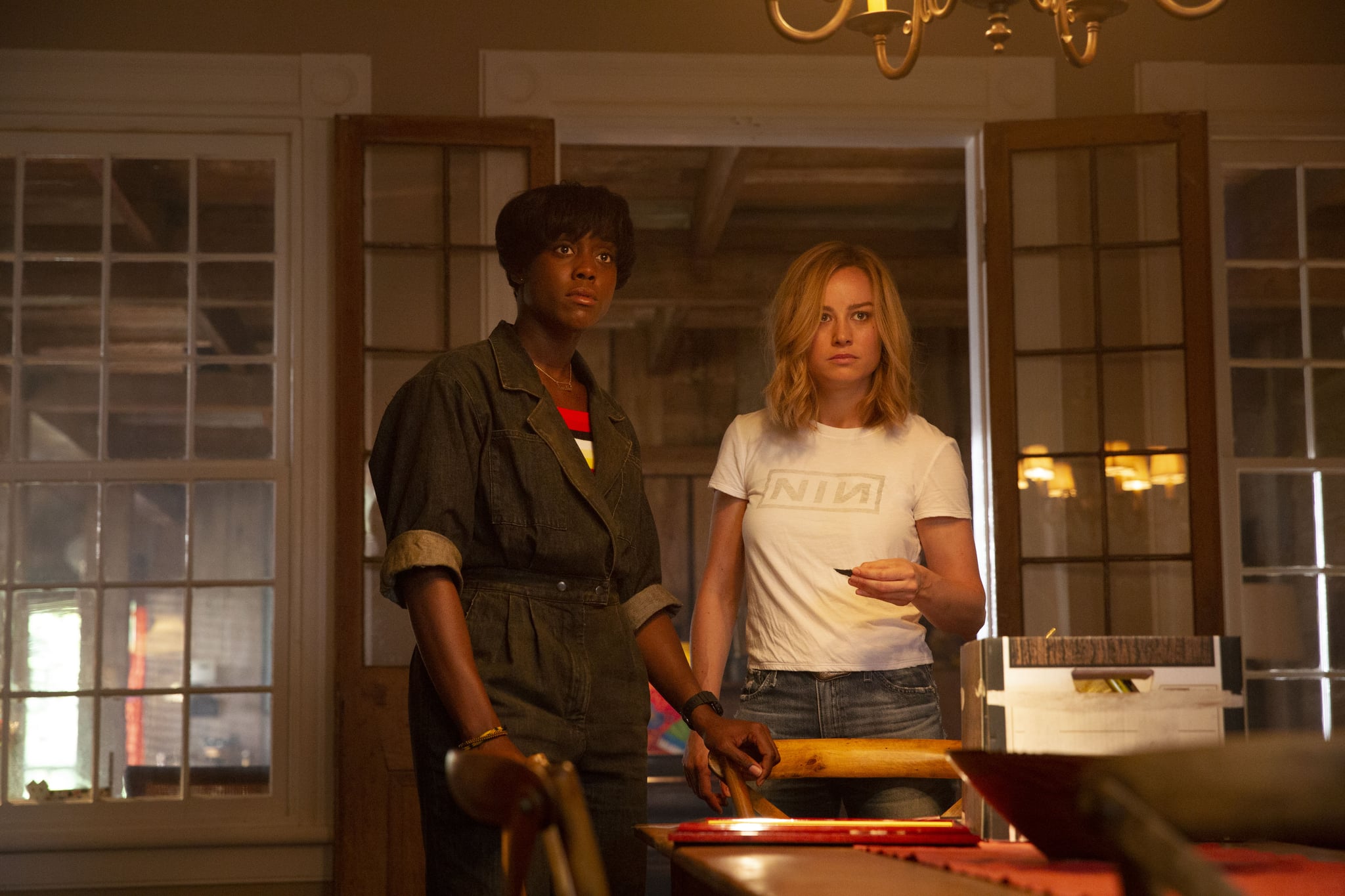 3. As a Matter of Fact, Maria Is the Key to Captain Marvel's Reverse Awakening

So, if you're confused about the timeline, here's what I gleaned. Captain Marvel began her life on Earth, living as a human. Eventually, her powers awakened, and she went off into space to fight intergalactic evil and whatnot. She forgets her human past. Then, during the events of the film, she must return to Earth, where she unlocks all these pieces from her backstory that she didn't realise were there.

As it turns out, her pal Maria may very well spark this major change in our hero. "There's a certain energy that you share with your friends that you can't get anywhere else, and she has these flashes of the feeling," Lynch told us. "The feeling of being herself through seeing her friend, the feeling of being at home through being in a home — which is mine — and the feeling of being normal and accepted, able to be herself without being an object — which I think is kind of what happens when she gets her powers." That's a pretty impactful piece of this fragmented puzzle.

Oh, yes. You're definitely going to witness a team-up of sorts between Carol, Maria, the young Nick Fury, and the fuzzy little Flerken known as Goose. Nick Fury totally factors in majorly; Lynch said he's "there to be Nick Fury, to save and support and make things happen" when Carol Danvers starts to come to terms with her own identity." While we were on set, we witnessed a scene in which Nick, Maria, and Captain Marvel all board an alien spacecraft. That means she's definitely along for the ride and not just stuck in the dark on Earth! 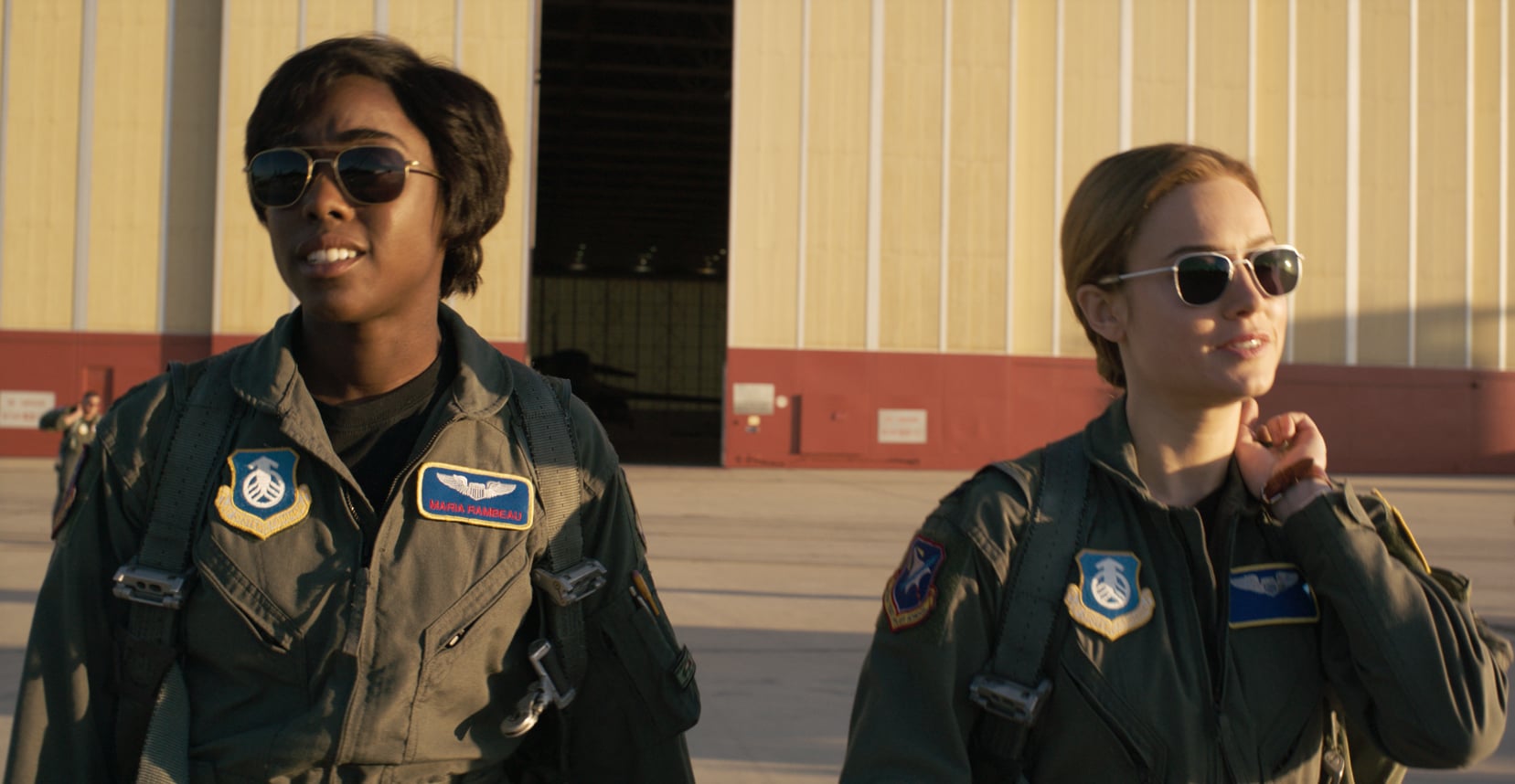 In the midst of our interview, Lynch revealed that she's a longtime Marvel fan and had made it a goal for herself to get into a Marvel movie. She really had her sights set on Black Panther. "Literally, I was begging my manager to get me in Black Panther. I was in LA and they hadn't started yet, because they were just finishing up on Spider-Man," she recalled. "And I said, but I'm here now, and I could just do a tape. I'll make up sides, and I'll just do an audition, and it'll be great."

By now, the end of the story should be clear. "It didn't happen. I was shooting a series at the time, and sent them the tape, and they loved [it] . . . and then there was an age issue, like, I looked too young for one, and too old for the other, and that didn't happen. I'm really happy, because in the end, Letitia Wright got it, and she is bombastic.

A close look at Lynch's costume revealed a very cute little detail: she wears a necklace that spells "Monica" in gorgeous gold-plated lettering. "That was my idea," Lynch said, glowing. "Yeah, it says Monica, because it's the '90s." How very Carrie Bradshaw of her.

Captain Marvel hits theatres March 8. Is it time yet?!