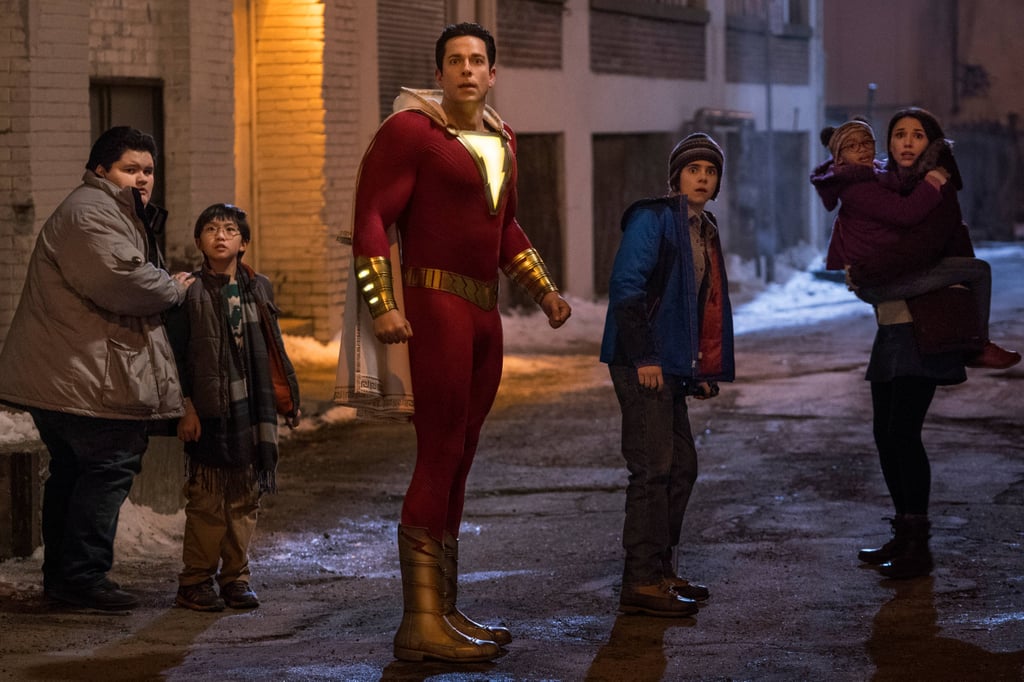 The Biggest Surprise in Shazam! Was Kept Under Wraps Right Up Until Its Release

Warning: Huge spoilers for Shazam! ahead.

For DC fans who have waited a long time for a truly fun comic book movie, Shazam! delivers on many levels. It's miles away from the achingly serious Batman v Superman and a bit more family-friendly than the R-rated Suicide Squad franchise. It's littered with DC references and fan moments, but one particular scene got everyone in my screening so excited that they broke out into whoops and applause. Fans of the comics were waiting for the inevitable moment when Billy Batson, in full superhero mode, gathered his new foster siblings, took hold of the wizard's magical staff, and together they said the immortal word — "Shazam!" — which would transform the whole family into their superhero selves.

The film's creators tried their best to keep the identities of the adult cast under wraps, and though some outlets did work it out before the release, for most people watching, this fun moment came as a sweet surprise. Keep reading to meet the newest members of the DC Universe: the Shazam Family. Together with Zachary Levi's Billy, these adult versions of his foster family share the superpowers bestowed upon them by the wizard Shazam: the wisdom of Solomon, the strength of Hercules, the stamina of Atlas, the power of Zeus, the courage of Achilles, and the speed of Mercury.

Related:
Here's Why We're Hopeful That There's Going to Be a Shazam! Sequel
Previous Next Start Slideshow
Shazam!DCRoss ButlerMoviesMeagan GoodAdam Brody
Around The Web