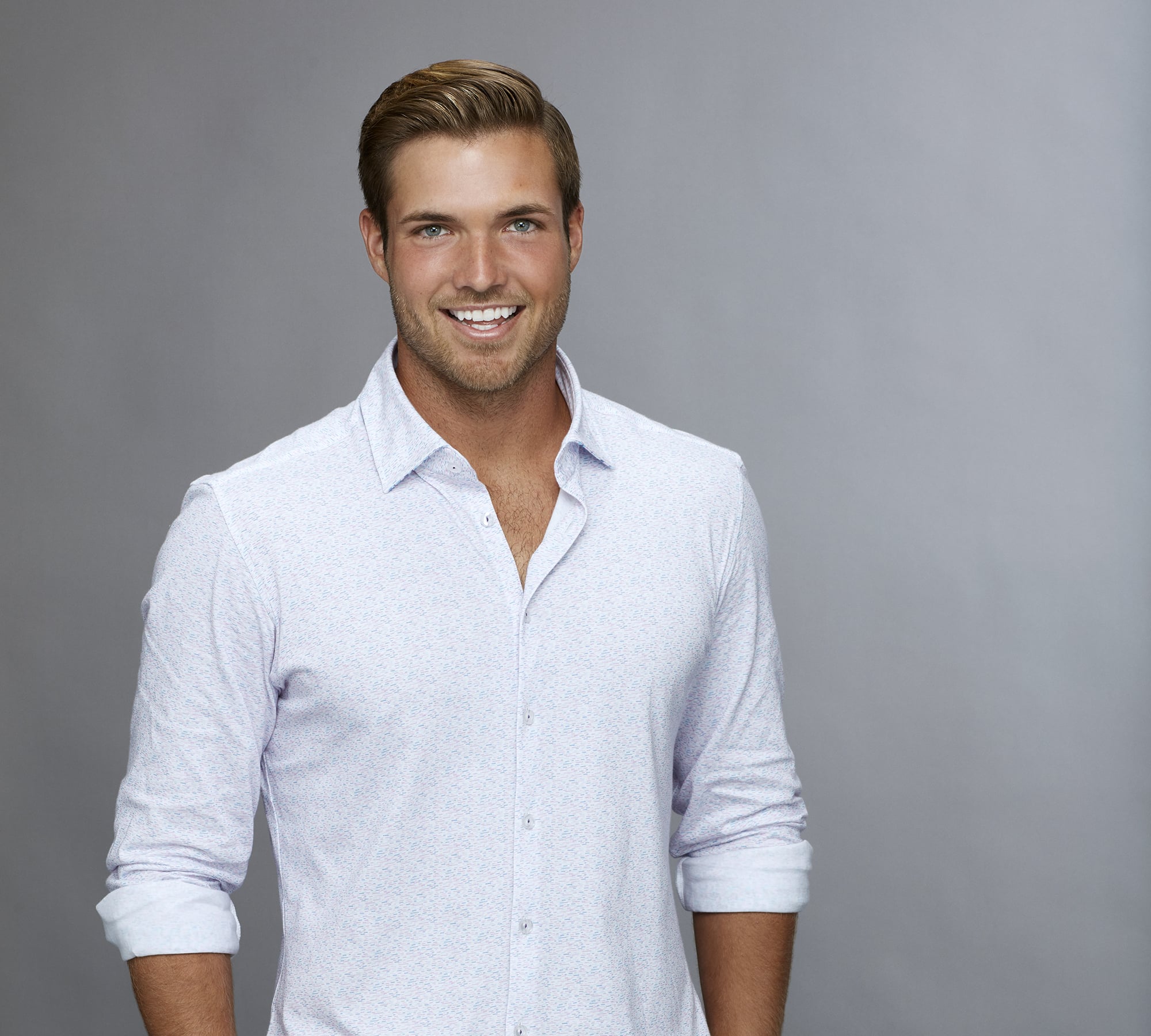 Ding dong, the "villain" is gone! The person most shocked that Jordan Kimball was sent home on The Bachelorette . . . is Jordan. The 26-year-old model rubbed the other contestants, as well as Bachelor Nation, the wrong way since the start, and Becca Kufrin finally realised it for herself.

Jordan's biggest downfall was talking about himself way too much. From his intelligence to his unbeatable fashion choices, this guy has an ego the size of Texas. After surviving a two-on-one date with David Ravitz, it looked like Jordan was going to make it another week — but things quickly went downhill.

David and Jordan had been in a feud for weeks, stemming from David not believing that Jordan is genuine. It looks like it backfired on David because Becca sent him home. She made it clear that she wasn't ready to hand out the rose to Jordan, but she was prepared to go out to dinner with him so they could get to know each other better. We learned that Jordan's parents have a long, loving relationship . . . and that's about it. From there, the "conversation" took off about him and his modelling.

"I'm not, like, an average model," Jordan said, after explaining how much time he put into the gym and his skincare regimen. He went on to explain his different facial poses and how he "could probably move every part of my face." Jordan even joked that he wish he could get his portfolio out.

Now I know what you're thinking: This is such riveting conversation! Becca must be loving it! What else could she possibly need to know?!

The most incredible/horrible part of the whole date was when Jordan looked at Becca and said, "I think you know what time it is." Apparently, it was time for him to go in for a kiss that lasted all of two seconds because Becca didn't seem into it at all.

"I think what it all comes down to is that, as amazing as I think that you are, there is something missing here," Becca said. When it came time to let the remaining guys about her decision, she didn't say much about it besides, "I want to put that in the past."