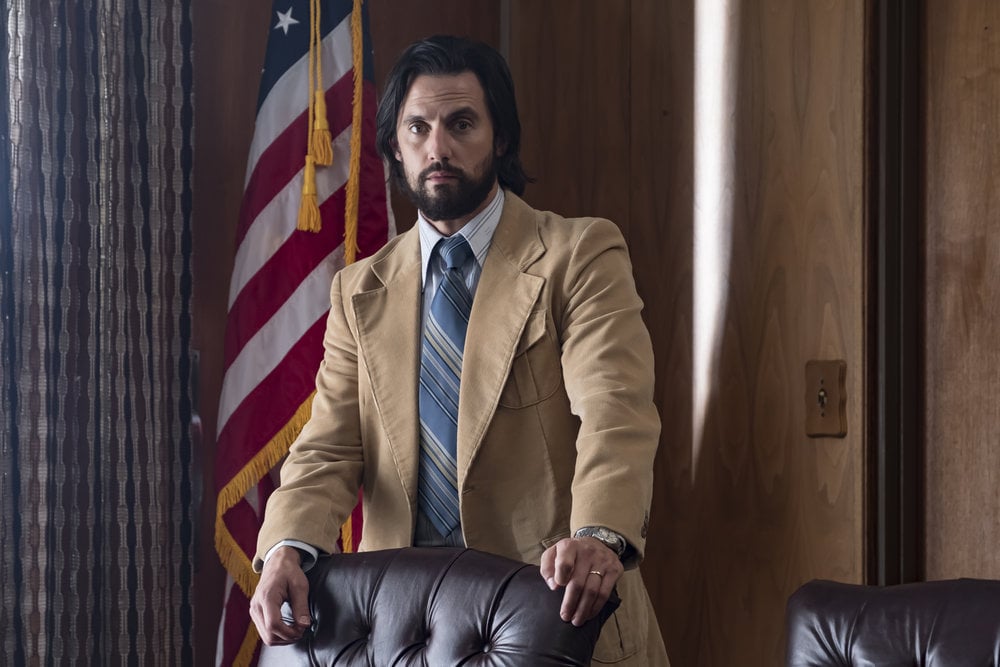 On Sunday, This Is Us fans went on an emotional rollercoaster when it was finally revealed how Jack died. After building up the moment for almost two seasons, his actual death turned out to be more heartbreaking than we could have imagined. While he manages to survive a house fire (and heroically save his family in the process), Jack eventually dies in the hospital from cardiac arrest. Not only is his death completely sudden, but unlike previous emotional moments on the show, it actually happens off screen.

As Rebecca makes reservations with a hotel and checks in with the kids on the payphone, we see the hospital workers go into code blue in the background. While there is a faint whisper of Jack's voice as she stands at the vending machine, the two aren't even granted a proper farewell. Even when Rebecca goes into his hospital room, we only get a tiny glimpse of him in the reflection of the door behind her. Seeing as William's death was such an intense scene last season, we can't help but wonder, why did This Is Us choose not to show Jack during his final moments?

While it certainly creates even more mystery around his death — what were his final words? What were his final thoughts? — it also makes his tragic death that much more real. Sure, This Is Us is a TV show about fictional characters, but one of the reasons fans love it so much is because we can all relate to the Pearson family. Jack is an extraordinary person, but he dies an ordinary death. It isn't some big, drawn-out moment; it's quick, simple, and completely out of anyone's control. That, honestly, is even more heartbreaking than any theory we could have come up with.

Shortly after the episode aired, the show's creator Dan Fogelman revealed how Jack's death struck a personal chord with him. "My mom died 10 years ago, unexpectedly," he wrote. "It's the hinge upon which my life swings. Jack's death is the Pearson hinge. We look back. We move forward. That's our collective journey. Sad? Yes. But when you look through a wide enough lens — it's also outrageously beautiful." Perhaps, the "us" in This Is Us doesn't actually stand for the Pearson family, but more so the audience that the show brings along for the journey week after week. In some ways, we all are a Jack, Rebecca, Kevin, Kate, and Randall.