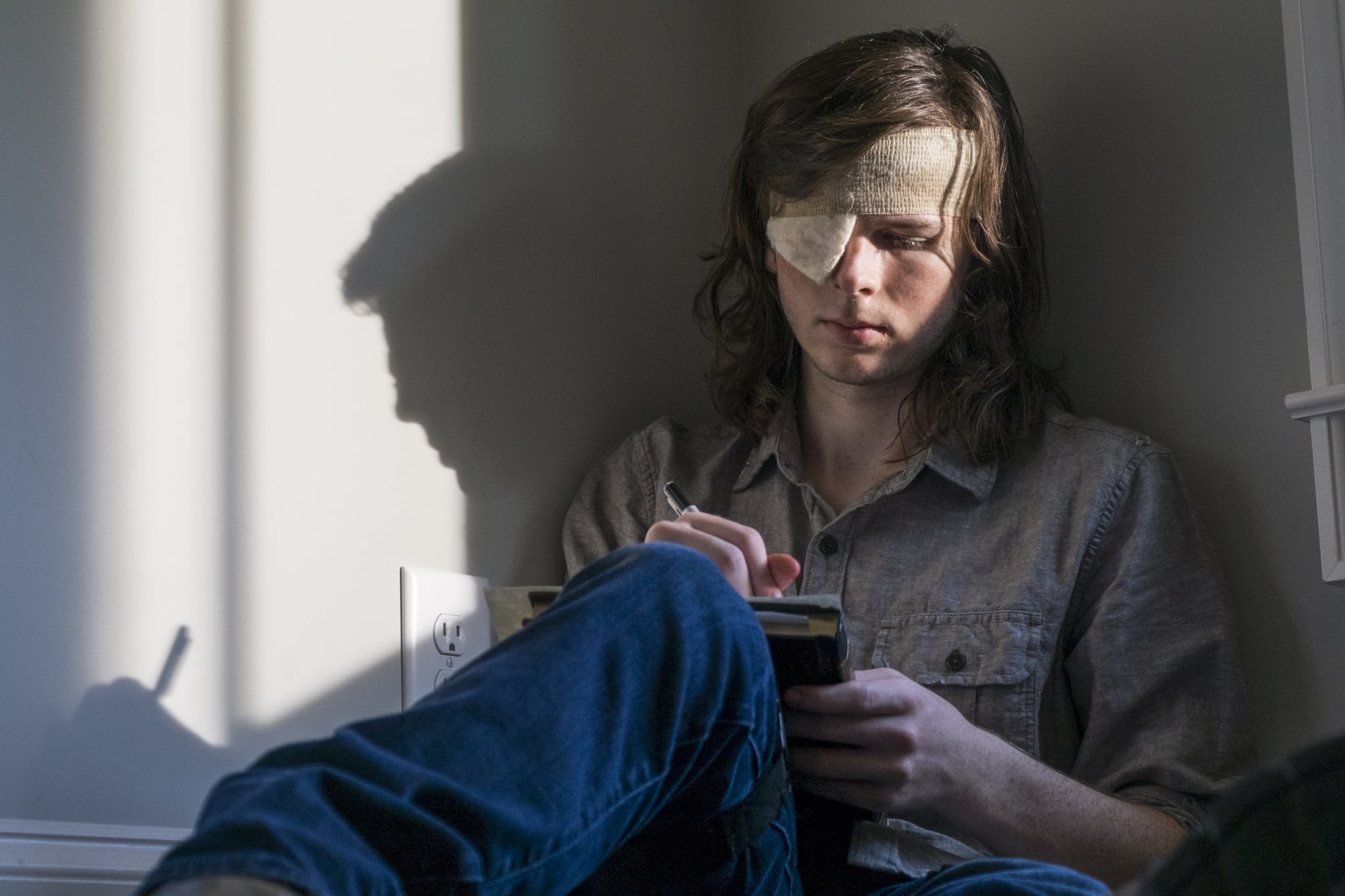 This week on The Walking Dead, we finally bid a fond (and tearful) farewell to our old friend Carl Grimes. That's right, Rick's own son dies in the midseason premiere after receiving a fatal bite from a member of the undead. But Carl's death isn't just a quick moment; it's drawn out over the course of the entire episode with a particularly tragic end.

Carl's death is especially heartbreaking because he doesn't actually turn into a walker. Before the zombie virus kills him or turns him, he decides to take his own life by shooting himself in the head. At first, Rick and Michonne protest, saying he should be put to rest by a loved one. But Carl eventually convinces them to let him do it himself, and they go outside while he does it. Instead of witnessing the moment, we watch Rick and Michonne's reactions outside as they hear the gunshot. We never see Carl pull the trigger.

In a new interview with ComicBook.com, TWD's executive producer Greg Nicotero explains why they didn't show Carl's death. He compares it to the moment Carl has to kill his mother, Lori, in season three. "There's no reason that you need to see that moment. It's all implied . . . There is a respectful way to show this, and I really never imagined that we would have ever wanted to film that." It's an interesting perspective, especially given the fact that Glenn gruesomely dies on screen in the season seven premiere. In response, fans and the Parents Television Council accused the show of being too violent, and gratuitously so. Given Carl's more tasteful death, it's possible the creative forces behind the show really took this criticism to heart.

Then again, we do watch Morgan as he literally pulls some Savior's intestines out through a gaping stomach wound in the exact same episode, so The Walking Dead's levels of taste and respect will always be a little up in the air.