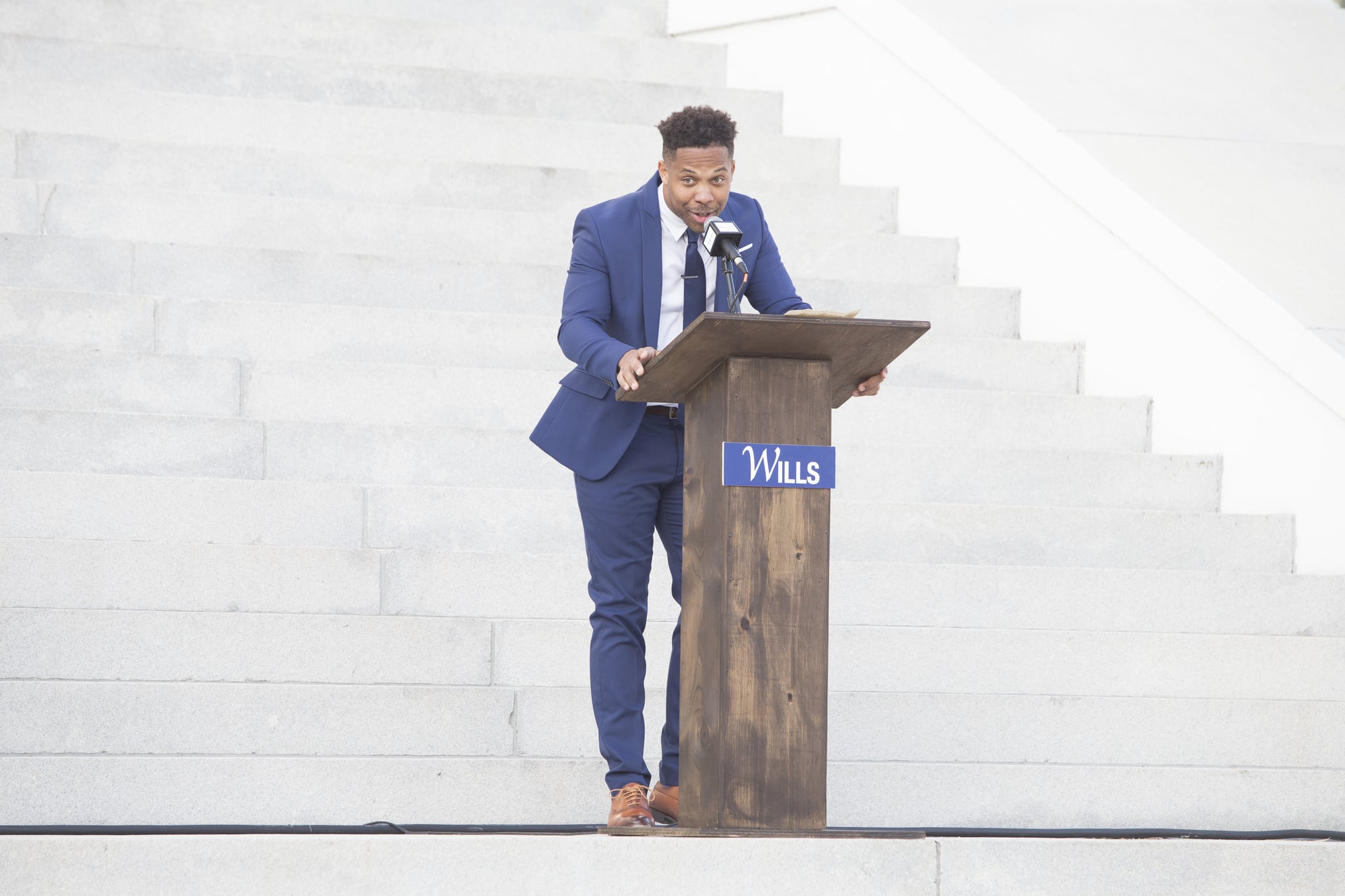 Picking a new leading man for The Bachelor is a task that shouldn't be taken lightly. It takes someone with confidence, a strong personality, a readiness for love — and a handsome face doesn't hurt either. We have just the man for the job: Wills Reid. Becca Kufrin let him go just before hometown dates on The Bachelorette, and he was clearly devastated. Now, we're making a case why the 29-year-old graphic designer should be the next single handing out roses.

Because He Opens Up About His Feelings

Although it's not easy, especially on national television, Wills was always open with Becca about where his feelings. He told her that he is falling in love with her and that she made him believe in love again. Wills even got choked up when he was telling her how he felt. That kind of vulnerability is one of the reason Bachelor Nation is rooting for him.

Any guy who can rock a cheetah print shirt is a man we want to see gracing our screens every week! Imagine all the prints and colours we would see. Just look at this denim jacket and ripped jeans combination! If anything, he would inspire men around the globe to dress to impress.

Because He's a Gryffindor

Not to throw shade at other Hogwarts Houses, but, come on — Harry Potter, Hermione Granger, and Ron Weasley are all Gryffindors. Wills is bound to be brave as he follows his heart to the woman of his dreams. Plus, we love a guy who isn't afraid to embrace his nerdy side.

Because It's Time We Had a Black Bachelor

In 22 seasons of The Bachelor, we've yet to have a black leading man — which is a much larger conversation. But we think Wills is just the guy to put an end to the trend. His sweet smile and genuine personality have us already falling for him. Where there's a Wills, there's a way!