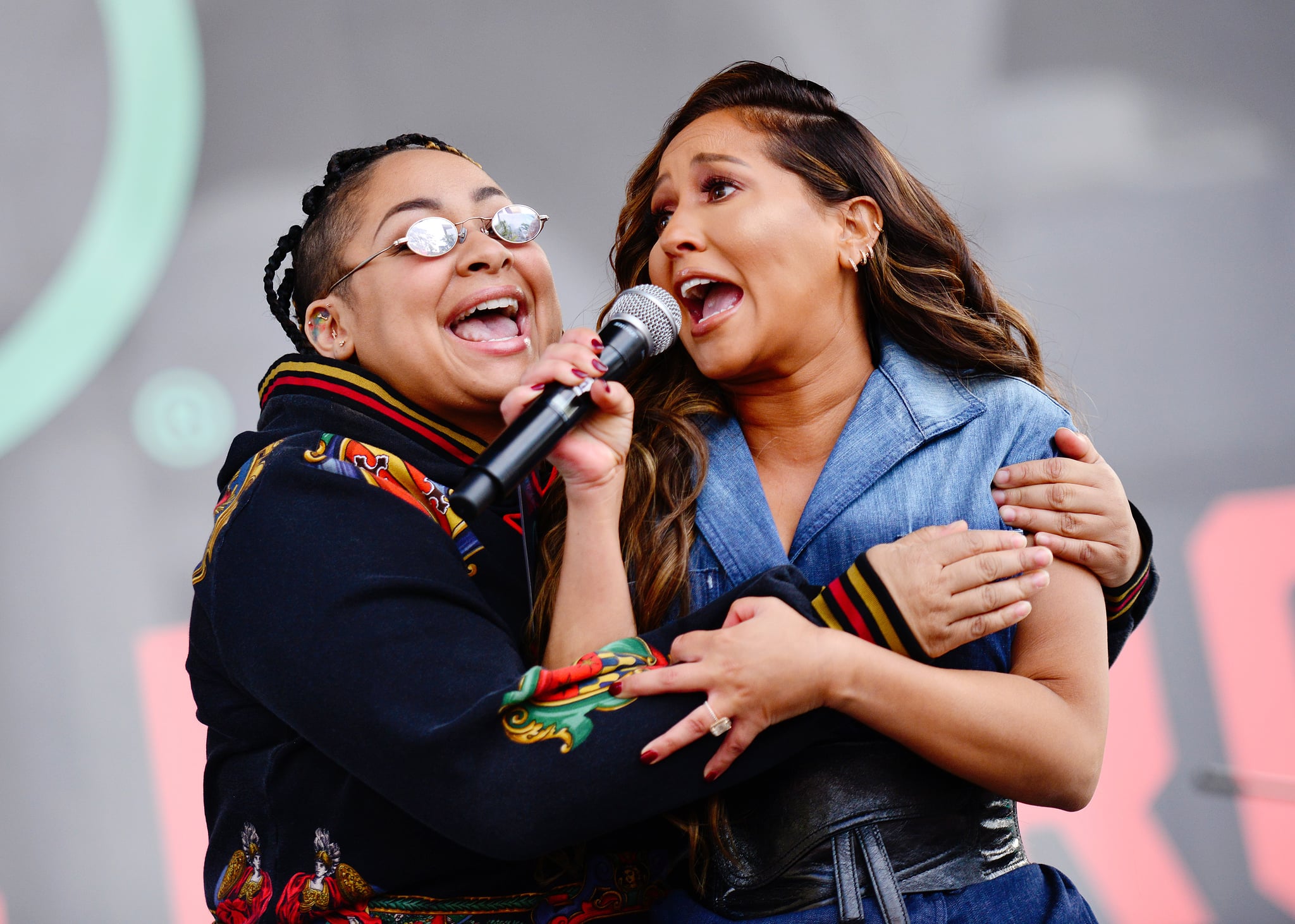 Mark your calendars, because a Cheetah Girls reunion is coming soon . . . sort of. If you're a fan of Disney Channel's That's So Raven (yep, that's me!), which ran from 2003 to 2007, then you're probably familiar with Raven Baxter's (Raven-Symoné) notorious bully Alana (Adrienne Bailon Houghton). Well, for the first time in 15 years, Raven and Houghton will be sharing the screen again! TVLine reports that Houghton is set to reprise her role as Alana in an upcoming episode of That's So Raven's spinoff Raven's Home when season five premieres in 2022. "I've always been hopeful about [playing Alana again], so to be able to make it happen was a dream come true," Houghton told TVLine. "I always love working with [Raven-Symoné]."

Raven and Houghton first met in 2003 while filming The Cheetah Girls before reprising their roles for the film's sequel three years later. While a Cheetah Girls reunion is highly unlikely, Houghton was kind enough to share some cheetah-licious memories. "[It was] wildly nostalgic," Houghton told TVLine. "I was so happy to be back. Not only was That's So Raven filmed on that lot, but I also did The Suite Life of Zack and Cody on that lot. I remember all of our Cheetah Girls photoshoots and promo shoots. Even just being in the dressing room was insane." Time flies, but we sure can't wait to see these cheetah sisters back together again!