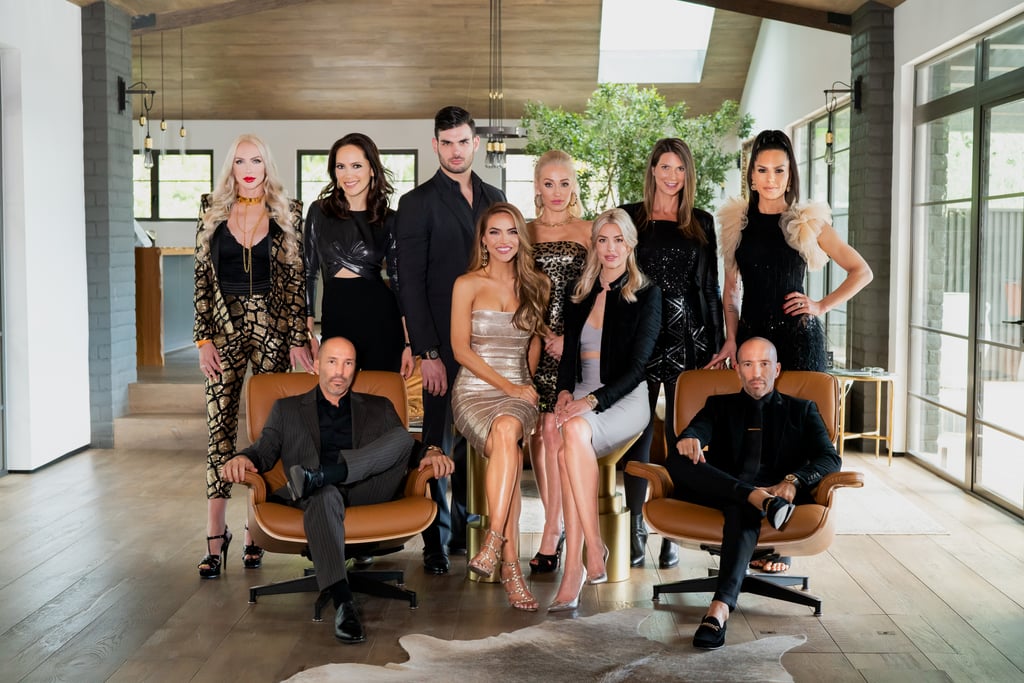 For Those Wondering: Yes, the Stars of Selling Sunset Are Licenced Real Estate Agents

The cast of Netflix's Selling Sunset is making lemonade out of lemons. After Chrissy Teigen questioned the validity of the show's cast in a series of tweets on Aug. 18, The Oppenheim Group agents — including Jason Oppenheim, Chrishell Stause, Mary Fitzgerald, Heather Ray Young, Maya Vaander, and Davina Potratz — are responding to the claims, stating that they are, in fact, licenced real estate agents. In turn, they are also using Teigen's tweets as an opportunity to further promote the show. Season four, anyone?

The tweet in particular that has a lot of people talking is the one where Teigen states that she has never seen any of the cast and neither has her real estate agent.

I will say, I look at LA real estate a lot and have never seen any of these people lol either have our agents, who I have obsessively asked.

To which Oppenheim has since responded to, saying he doesn't know her agent either.

Chrissy, thanks for watching our show! Regarding your agent's knowledge of members of my team, I respectfully don't know him either although that doesn't mean he isn't successful and didn't just sell you a stunning home in Weho (seriously, I love your new house).

In a separate interview with E! News, Vander brushed off the claims, adding, "I'm definitely not offended. And I'm actually excited she watched the show again. Any publicity is good publicity."

On The Oppenheim Group website (which is a legit real estate brokerage, by the way), all the cast members are listed as real estate agents, with Oppenheim as the president and owner. Oh, and in case you haven't heard yet, Brett recently left to start his own brokerage, so that's why he's not listed on the site anymore. Keep reading to see how the rest of the cast, including producer Adam DiVello, has responded to Teigen's statements. We wonder if they'll make it onto season four — that is, if the show gets renewed.

Related:
Turns Out, Mary and Romain Were Already Married Before They Were on Selling Sunset
Previous Next Start Slideshow
NetflixSelling SunsetStreamingTV