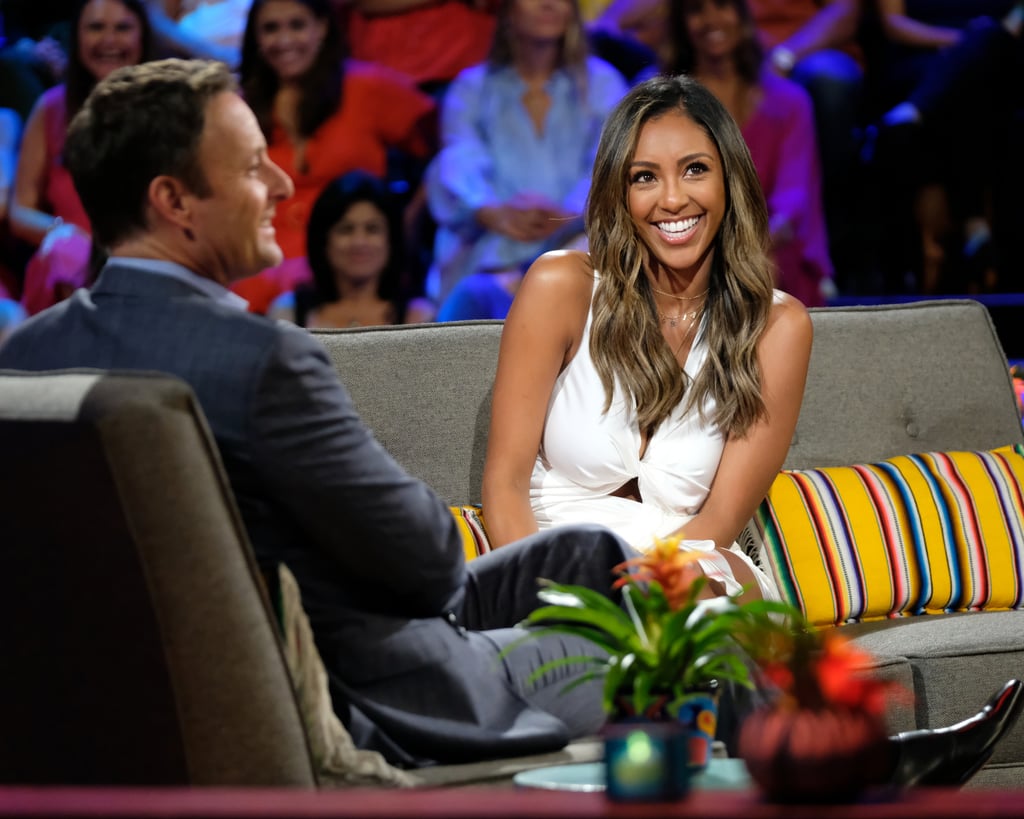 Bachelor in Paradise: The Unexpected Turn in Tayshia and John Paul Jones's Relationship

When John Paul Jones told Tayshia Adams that he was in love with her on Bachelor in Paradise season six, it was pretty tough to watch her turn him down and to see them go their separate ways. You probably thought that was the end of this fun duo, but, in what only be described as truly shocking, Tayshia and JPJ are dating!

During the reunion show, Tayshia got in the hot seat and Chris Harrison asked if she made a mistake saying goodbye to JPJ in Paradise. To our surprise, she said yes! But even more than that, Tayshia decided to go after JPJ. So she flew out to St. Michaels, MD, with a camera to capture it all, of course.

When they came face-to-face for the first time since Mexico, Tayshia told JPJ, "I want to explore things with you." He felt the same way and he asked her to be his girlfriend right then and there.

JPJ joined Tayshia and Chris on stage at the reunion to give an update on their relationship status. The couple is seemingly still together and JPJ is still in love. Who says you need to get engaged in Paradise to have a happy ending?

Netflix
Dearest Reader, Bridgerton Has Been Renewed For Seasons 3 and 4
by Kelsie Gibson 10 hours ago