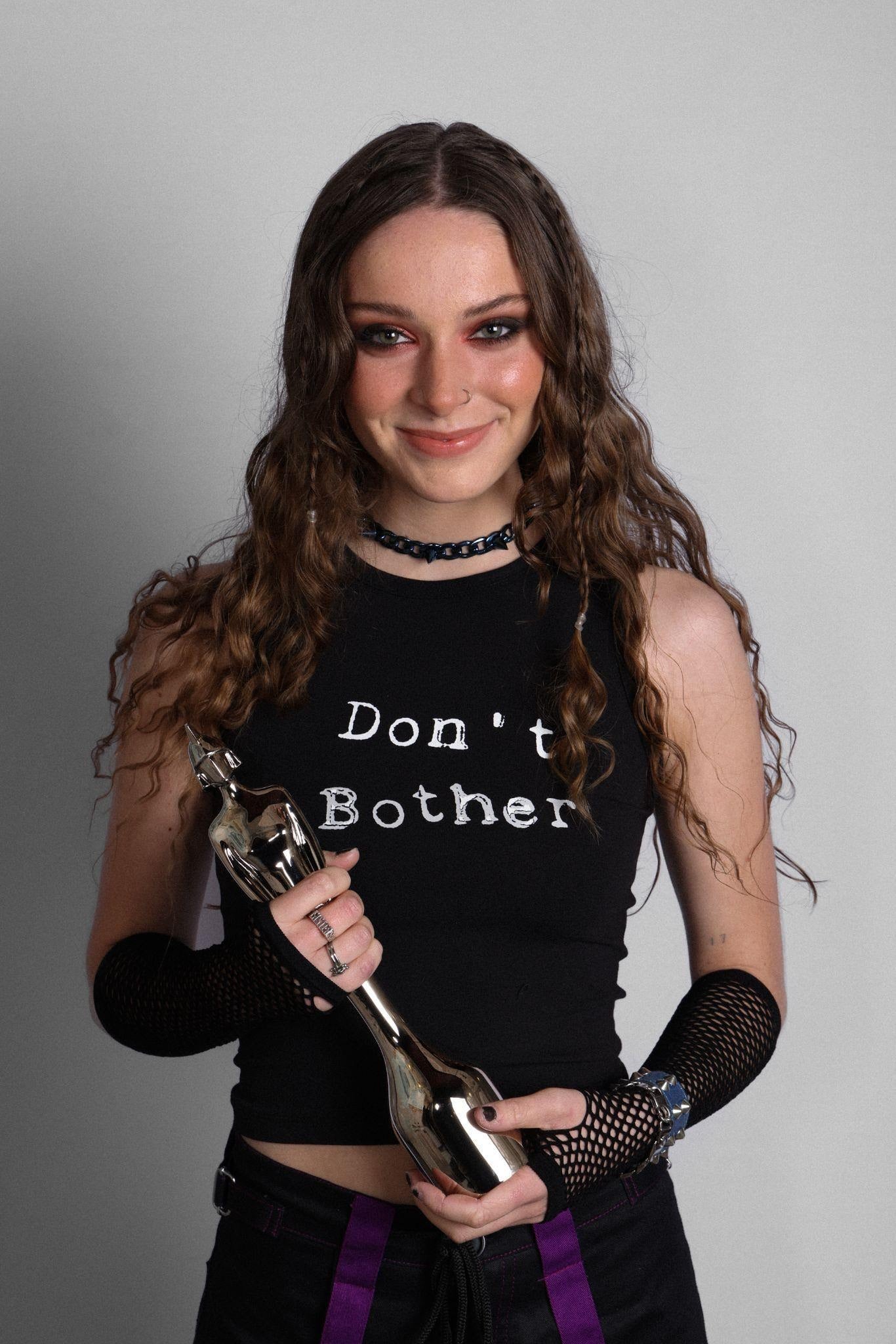 Holly Humberstone has just been confirmed as the winner of this year's BRIT rising star award, after the nominees were first announced back in November. The 21-year-old singer beat out Bree Runway and Lola Young in winning the award, and she'll also be one of the first performers at the awards ceremony, which takes place next year.

On winning her first ever BRIT, Humberstone said that "I remember watching the BRITs with my parents each year and being totally awestruck by the artists coming together in what felt like another universe. Now to be named the BRITs Rising Star and nominated alongside two other incredible women, with the songs that started within those four walls at home, is so mad. It just doesn't feel real. This year has been a wild ride and a year of firsts, and I am so grateful and thankful for everyone who has helped make this happen!"