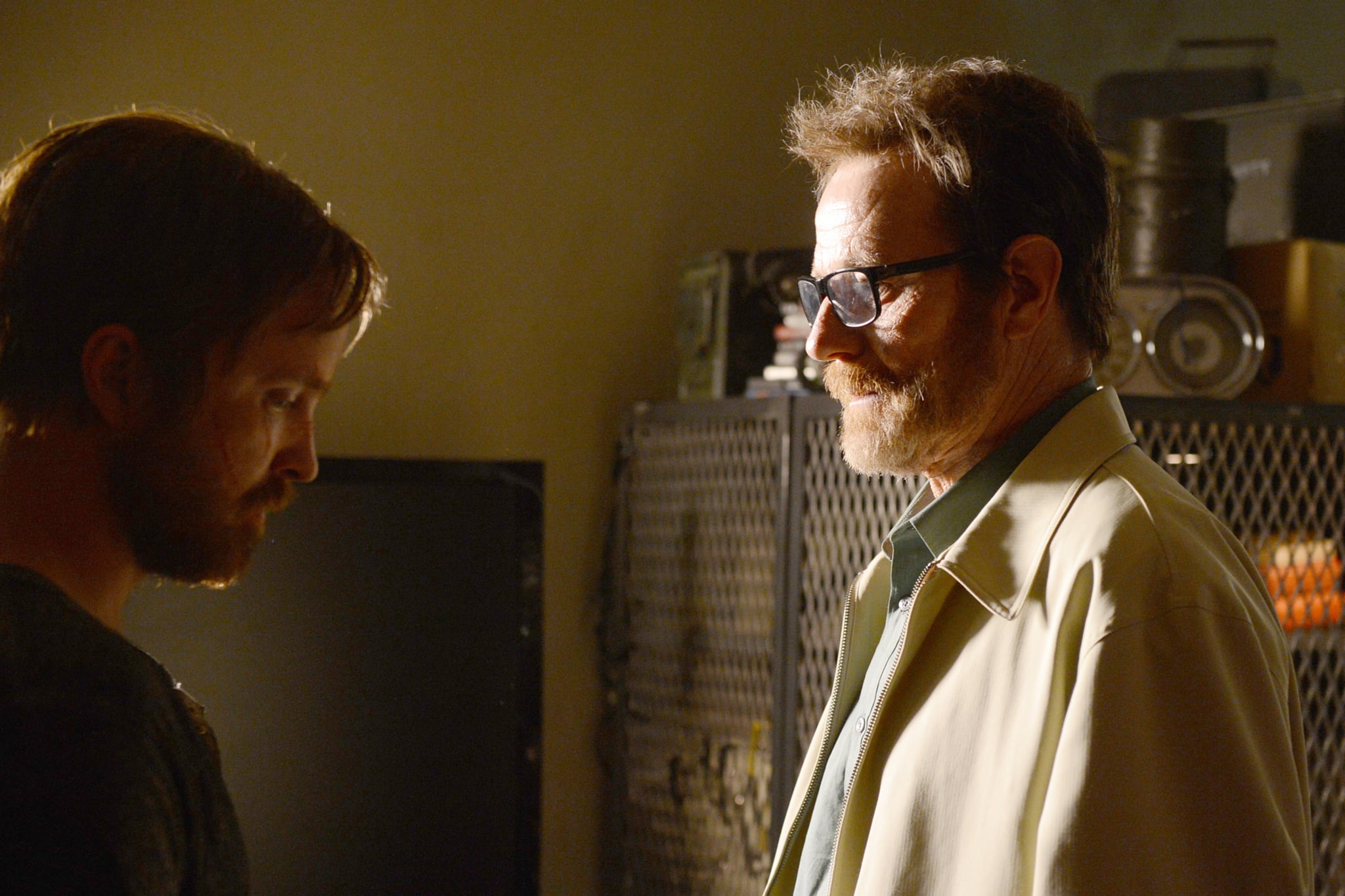 With El Camino: A Breaking Bad Movie on its way, the big question remains: will Bryan Cranston make an appearance? The actor who won four Emmys for his portrayal of Walter White is not listed in the movie's official cast, and for good reason: Walter famously died saving Jesse (Aaron Paul) in the Breaking Bad series finale in 2013. Still, there are plenty of rumours that Cranston will return — but they're most likely not true.

Although details about El Camino are pretty much nonexistent ahead of its release, the one thing we do know is that it centres on Jesse in the years following Walter's death. A more sentimental show might have Walter reappear as a ghost, a memory, or a full-on flashback to tug at the heartstrings, but that's never been Breaking Bad's style. It's possible that Walter somehow miraculously survived the series finale shootout, but also pretty unlikely. In 2018, Cranston himself told IndieWire that he hoped a potential film sequel would see Jesse moving on.

"I think Vince ended the series the way it was best. Walter White had to die. He was the person that brought upon all this disaster and decay. And Jesse Pinkman was almost kind of an innocent bystander to it, and paid the price for that . . . I would like to see [Jesse] struggle to break that mold and eventually break out and find his own real true calling. Something that empowered him as a human being, that is on the straight and narrow, that allows him to be able to open up, to let another human being into his life. And be happy. 'Cause I don't sense that he was really ever happy," he said.

However, there's still plenty of speculation that Cranston will, in fact, turn up in some capacity in El Camino. The theories mostly can be traced to a matching pair of tweets from Cranston and Paul on June 25, where they tweeted the same image of two donkeys with the one-word caption "Soon." In turn, Peter Gould — who wrote on Breaking Bad and is the showrunner of spinoff Better Call Saul — tweeted, "Looking forward to this." Who knew a sepia-toned picture of donkeys with almost zero context could send social media into a frenzy? But that's the power of Breaking Bad, even six years after it signed off the air. Until the movie's Oct. 11 debut, we'll just have to continue speculating as to whether or not Walter White will still be looming over this new story.

Netflix
Shocked by The Old Guard's Ending? Here's a Breakdown of That Final Twist
by Stacey Nguyen 13 hours ago