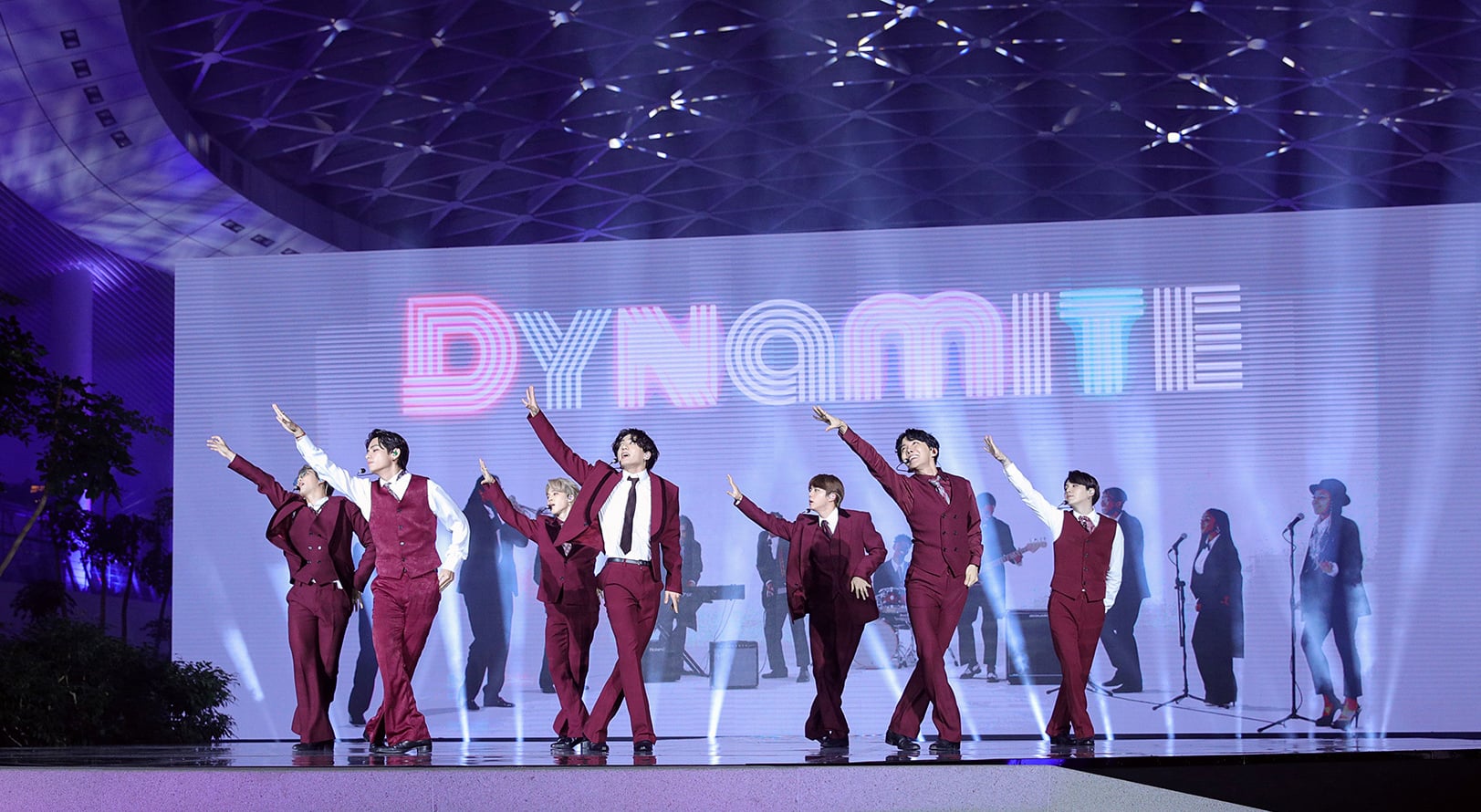 BTS certainly lit up the stage at Wednesday night's Billboard Music Awards in yet another epic performance of their first English-language track, "Dynamite." Rocking matching maroon suits, the boys virtually showed off their range of vocals and perfectly-coordinated dance moves at the show. BTS released the upbeat bop — which became the group's first-ever number one single in the US — in August, and it has already delivered some unreal live performances of the song, most recently on The Tonight Show Starring Jimmy Fallon.

The iconic K-pop band is no stranger to the BBMAs. This year, BTS was nominated for best duo/group, as well as top social artist, which happen to be the same categories they took home last year. The group has actually won the social artist category every year since 2017! "Surprised, happy, and thankful. It's an unforgettable moment," the boys recently told Billboard regarding their "Dynamite" success. Watch BTS perform the retro pop anthem below, and get ready to dance along in your living room.