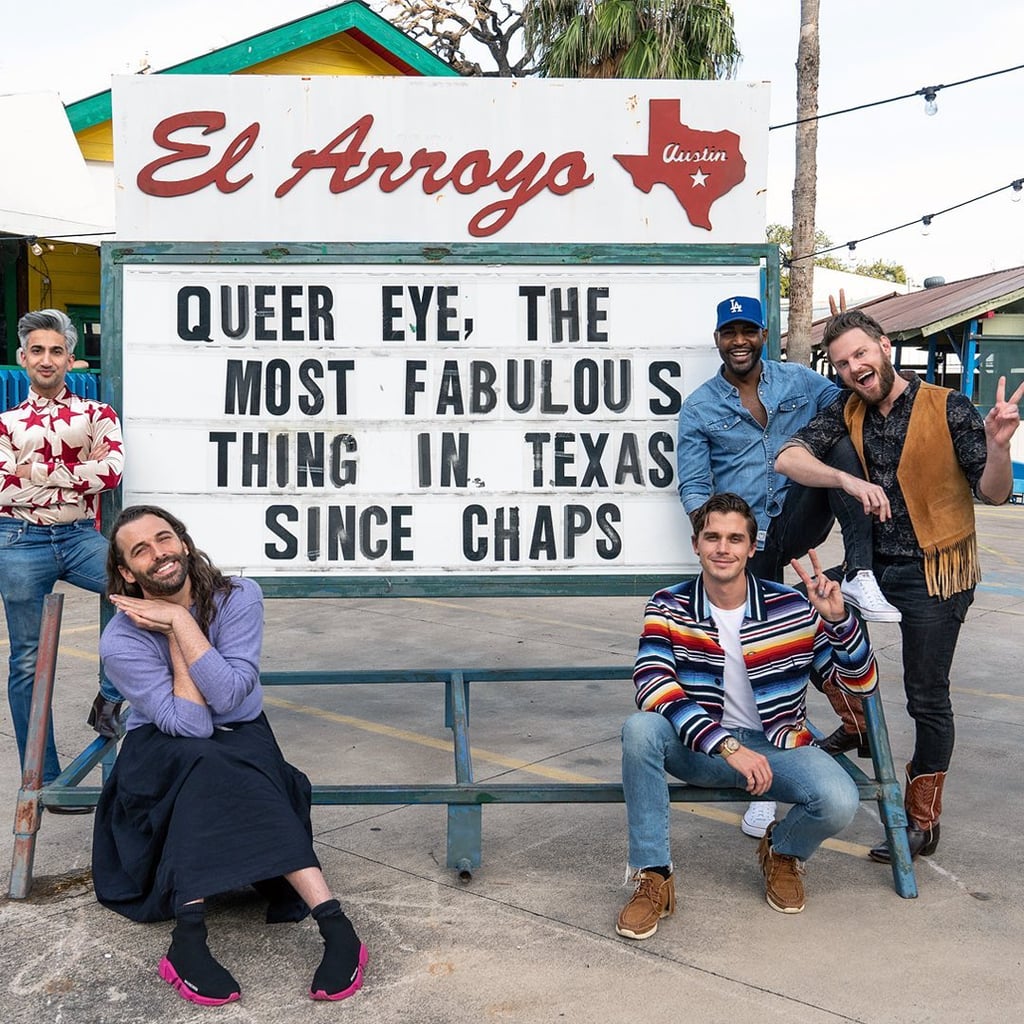 This time around, the Fab Five will help transform people's lives in Austin, TX. On March 11, the show confirmed the news on Instagram with a gallery of photos that feature the quintet posing in front of the El Arroyo restaurant sign. "Grab a Texas-sized box of tissues y'all because the Fab 5 just arrived in the Lone Star State to film Queer Eye Season 6! 🤠🌵(oh and P.S. Queer Eye Season 5 is coming real soon✨)," the caption said. We're already looking forward to the Tex-Mex recipes!

They spent the first four seasons in Georgia and Missouri before flying overseas in a separate special, Queer Eye: We're in Japan! For the fifth chapter of their escapades, they'll be in Philadelphia. We still don't have official release dates for seasons five or six, but the former is expected to arrive this year. Fingers crossed we won't have to wait long for the Texas-based episodes. In the meantime, check out the promo photos ahead!

Related:
Here Are Our Favourite Queer Eye Episodes of All Time — Get Your Tissues Ready
Previous Next Start Slideshow
Queer EyeTV