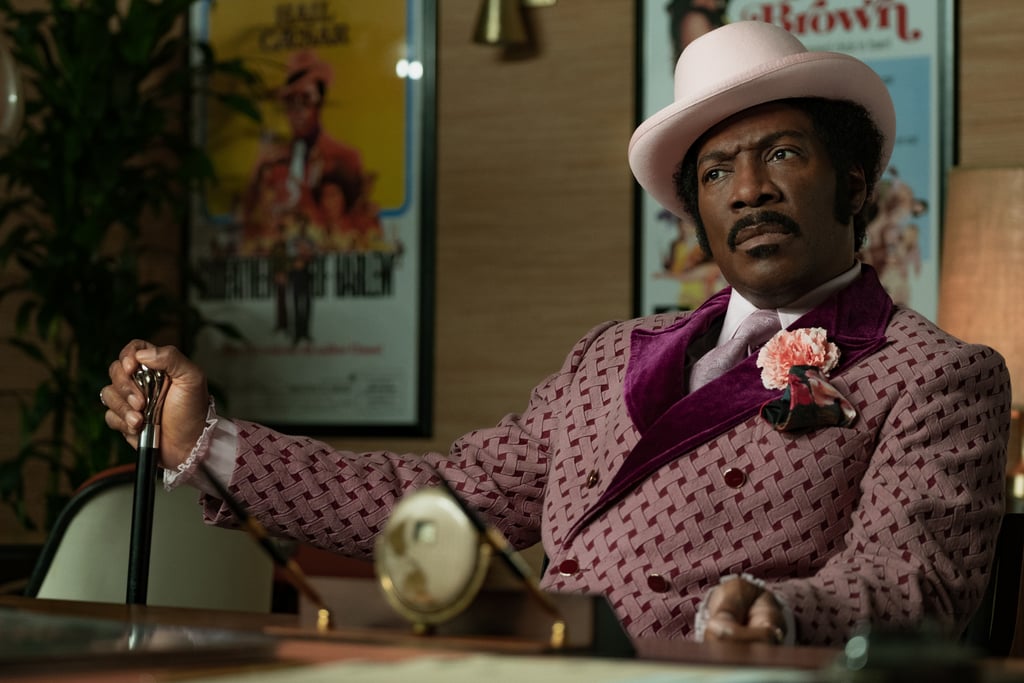 Before You Watch Netflix's Dolemite Is My Name, Read Up on the Incredible True Story

On Oct. 25, we're going to see a whole new side of Eddie Murphy. In Netflix's Dolemite Is My Name, the comedy legend takes on the true story of another comedy legend: Rudy Ray Moore, the prolific musician and actor who spearheaded the pimp personality Dolemite. Also starring Craig Robinson, Keegan-Michael Key, and Snoop Dogg, the film tells the surprisingly heartfelt story of a man following his dreams — with dirty jokes and F-bombs galore. Ahead of the streaming premiere, get to know the real man behind the big-screen character; we think you'll find Moore wasn't the typical Hollywood star.