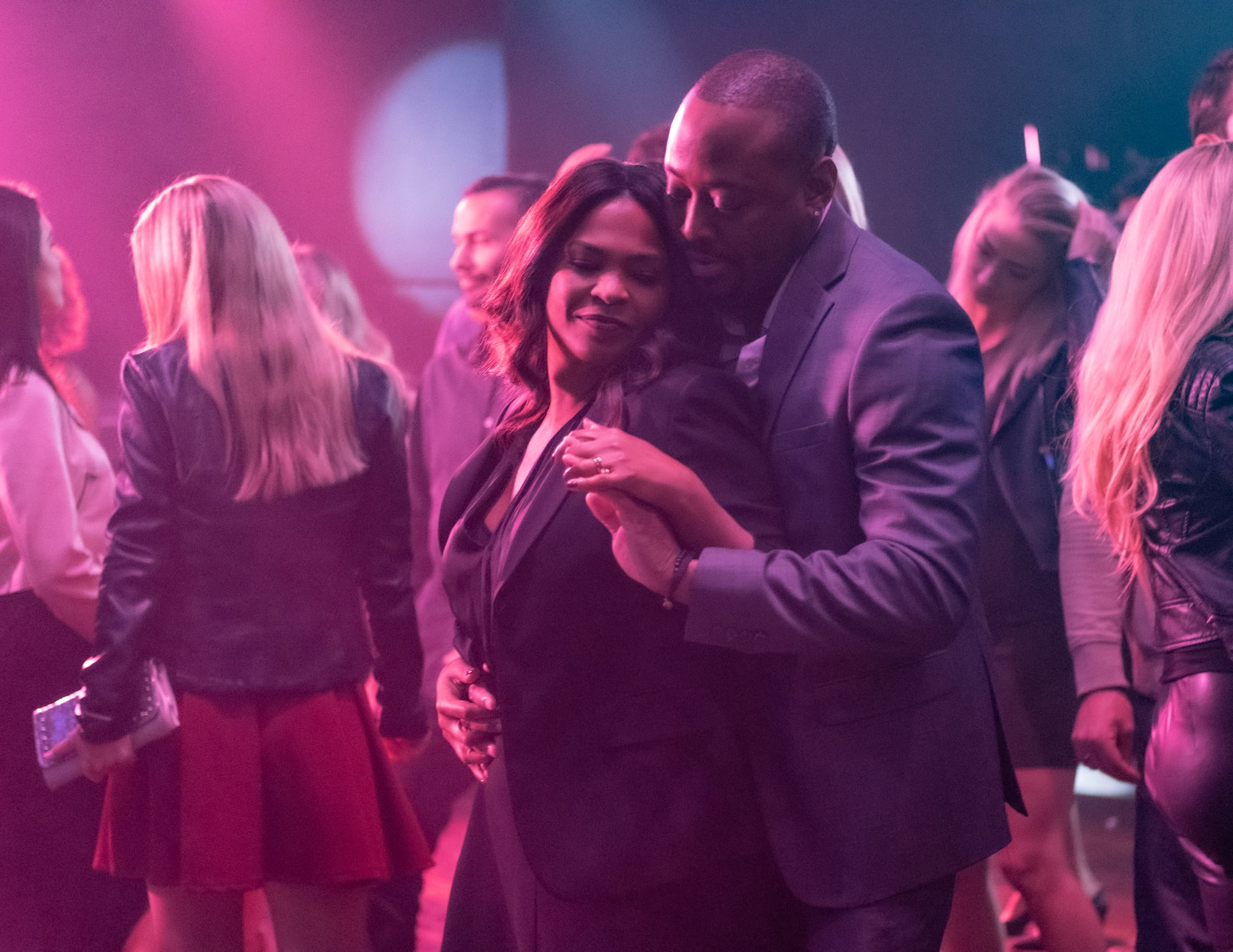 Netflix film Fatal Affair is a thrilling (though predictable) story of a married woman who ends up entangled with an old flame that goes horribly awry. Ellie (Nia Long), whose marriage to Marcus (Stephen Bishop) is a little on the outs, runs into college pal David (Omar Epps) at her work, and he swoops in. It's been 20 years since they've seen each other, and after almost hooking up, David can't get over Ellie. He starts stalking her, including leaving a vinyl record outside her house.

Ellie's daughter Brittany (Aubrey Cleland) spots the record on the kitchen counter and tells her mom what a good album it is, but it's clear from Ellie's face that she knows where it came from and what it means.

Later, when David breaks into the house to attack Ellie and her family, he puts on the record to play. Even though it's battered and broken, you can hear the song playing. He starts dancing and asks Ellie if she remembers dancing to the song way back when. Did you recognise it from earlier in the film, when they dance in the club? The song is "Forget Me Nots" by Patrice Rushen.

The groovy R&B song was originally released in 1982 and was later sampled for the Men in Black theme music. That's why it might sound so familiar — unless you have excellent music taste and recognise the original. Where the original lyrics are all about "forget me nots," that same hook is about "men in black" in the more recent version, performed by the movie's star Will Smith.

The Men in Black version carries a lot of the same vibe as the original except the chorus has new lyrics and Smith raps over the whole song. Rushen carries the whole song herself in the original version. Honestly, it's a shame "Forget Me Nots" has such bad connotations in the film, because it's such a smooth jam. Now every time you hear it, you won't just think of Men in Black remaking it, but you'll also remember that time a creepy stalker broke into a woman's house on Netflix and danced around her living room while she watched scared. Nevertheless, Rushen's song is a gem.