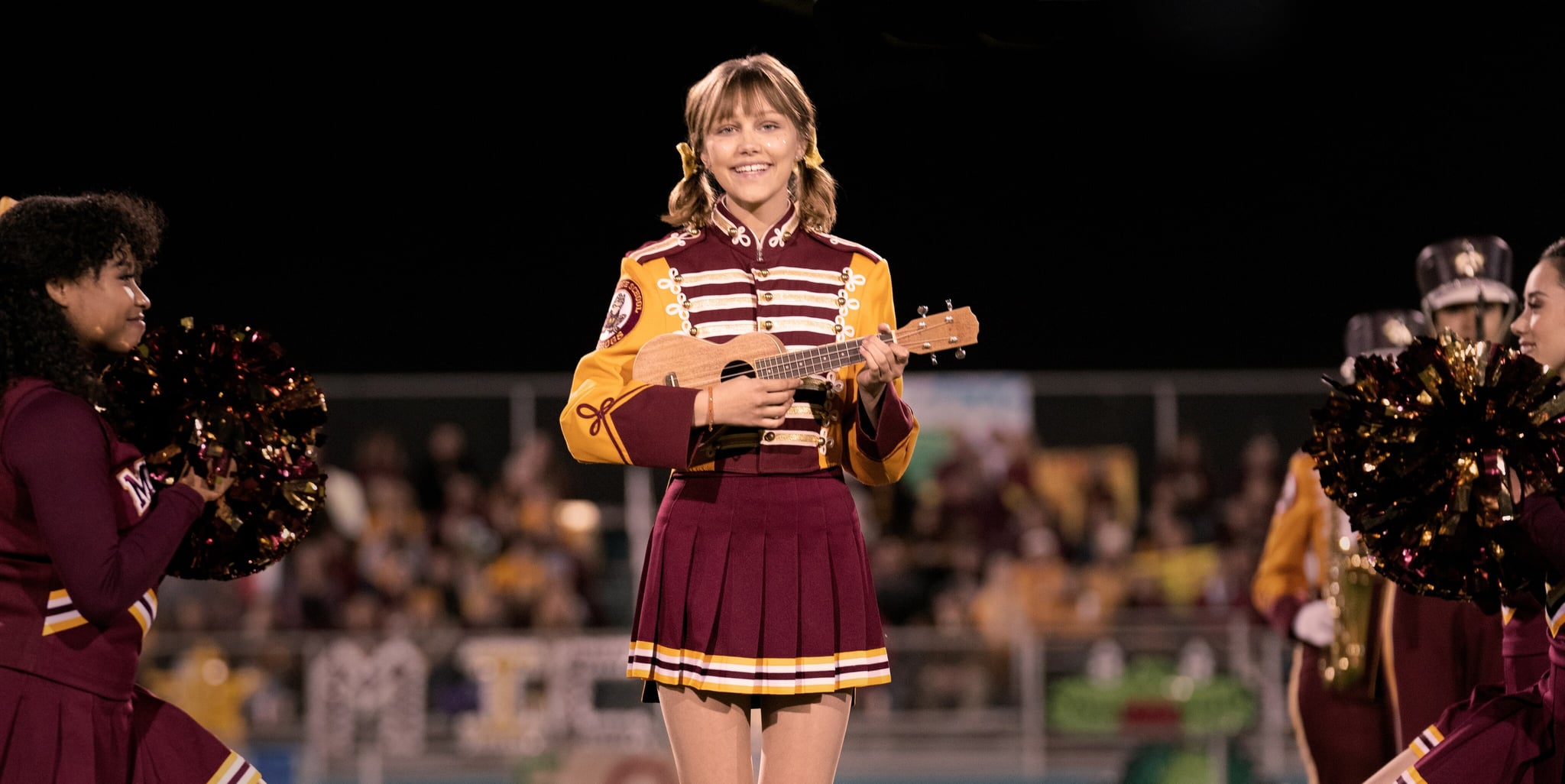 Grace VanderWaal was pretty much born to play the title character in Disney+'s Stargirl, but that doesn't mean she's exactly like her. The film, which is based on the Jerry Spinelli young-adult book of the same name, follows a shy boy named Leo (Graham Verchere) who befriends the whimsical and fearless new girl in school (VanderWaal). Though VanderWaal and Stargirl are both musically inclined — Stargirl loves to listen to old records and play her ukulele and VanderWaal got her start performing on America's Got Talent — their personalities differ. In fact, one of the biggest challenges VanderWaal faced during her film debut "was being confident on screen."

"That's not exactly who I am, that's who I wish I was and who I'm working to be."

"It was really nerve-racking, because I can't really do that even in my personal life," the 16-year-old told POPSUGAR. "So playing a character that's supposed to be completely confident and 100 percent not afraid was definitely my biggest challenge, because I really wanted to bring that to the screen. It was really hard for me, because that's not exactly who I am, that's who I wish I was and who I'm working to be, but not who I was at the time." 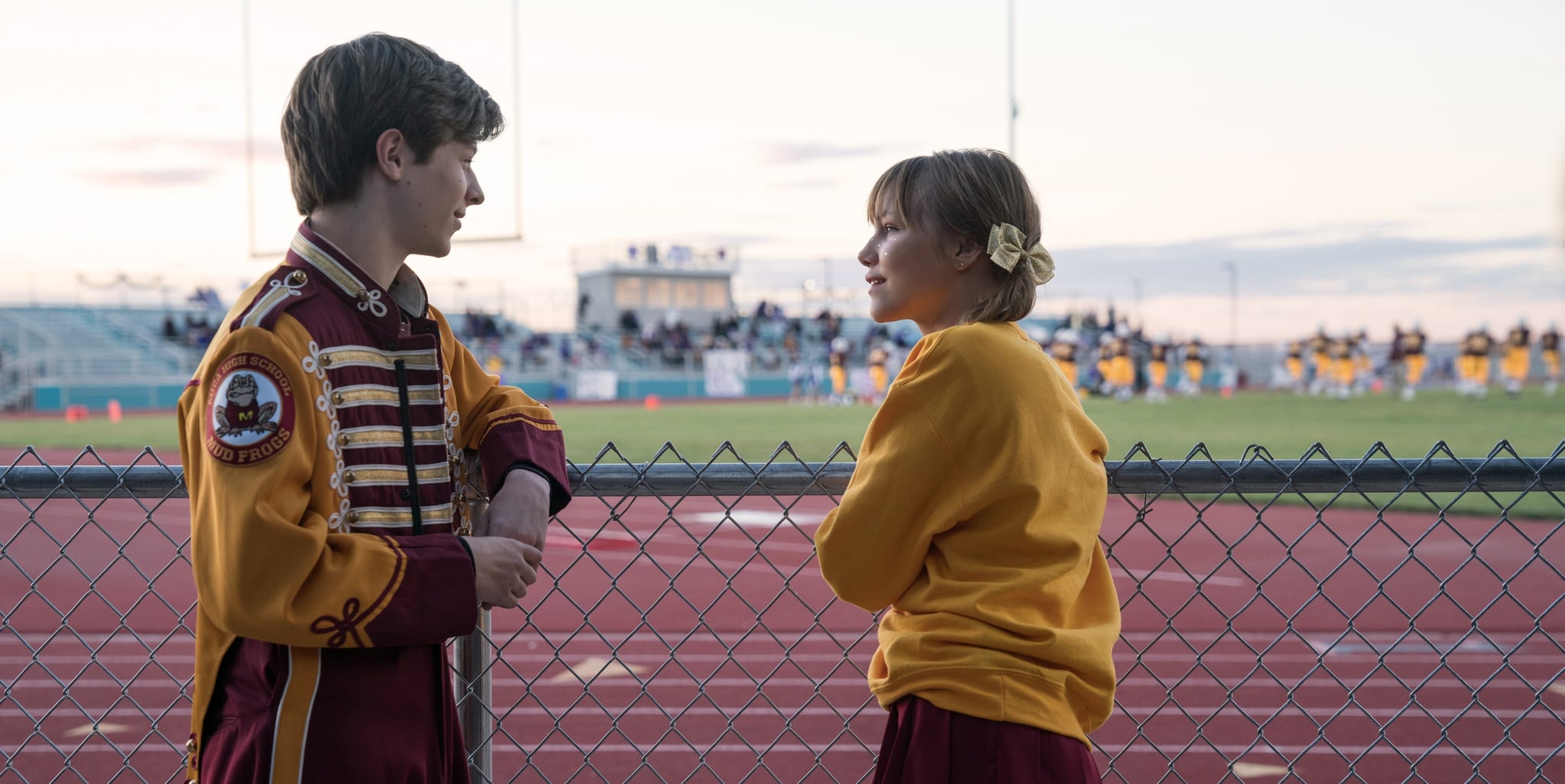 At the end of the film, we see how Stargirl's actions, however good-intentioned there are, affect people differently. In the book, a classmate named Hillari Kimble confronts Stargirl and slaps her face during a school dance as a result of one of those actions, but the film slightly tones down the interaction. "I actually so badly wish that the book scene was exactly like the movie scene just because that's personally one of my favourite parts of the book," VanderWaal admitted. "I don't know why that was changed. That's definitely a question for the filmmakers, but I actually wonder that myself. But it's not like music, you know what I mean? It's not mine. When I'm making music, that's mine, I have full control, but this wasn't my movie. So I tried my best to completely respect that and follow direction try to do a good job."

Related:
The Most Beautiful Thing About Disney+'s Stargirl? The Way It Ends

That being said, she was able to write a song for the film's soundtrack titled "Today and Tomorrow." Though VanderWaal didn't originally intend to write a song for the film, it kind of happened organically through filming. "It definitely just came about and then as I was singing through the lyrics and creating the song, it became Stargirl's perspective and it just very organically happened. But who knows? Maybe I was subconsciously inspired and I didn't even know."

So, what does the future hold in store for VanderWaal? In addition to releasing more music, VanderWaal is excited to try her hand at acting again. "I don't know if I would pursue it as a career, [but] I definitely want to do it again just because I'm curious to see how I can be. I learned so much [doing Stargirl] and I really want to apply that to something again and see if I can improve."