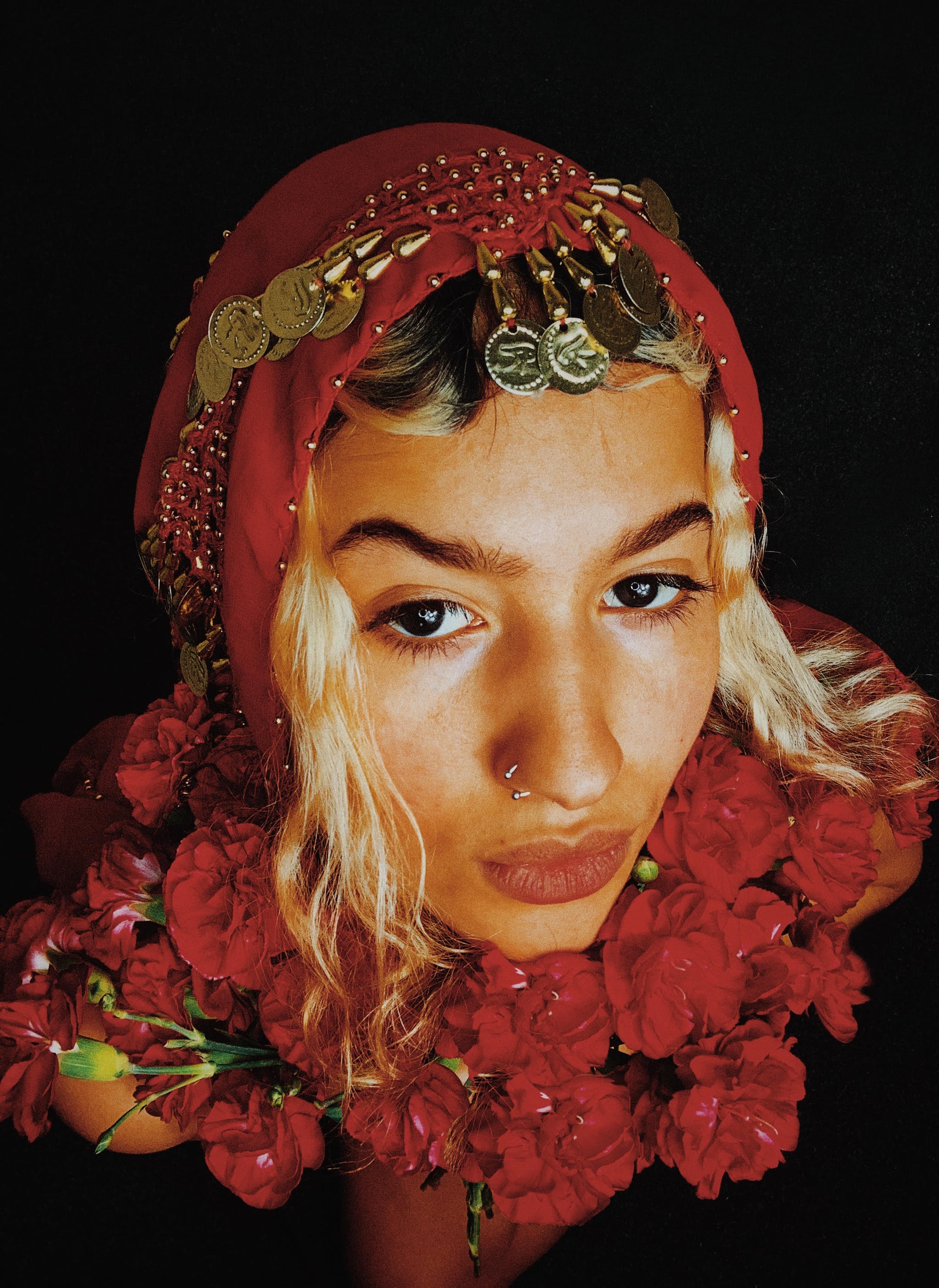 British-Moroccan photographer Hana Zebzabi wants the world to see the many different sides of Muslim women today. Known for her provocative photographs of confident female models, she's now hoping to capture the essence of today's Muslim women in the same way, something that's difficult to achieve given the restrictions on clothing within Islam. "I adore shooting women, they're a big inspiration because they're so beautiful and I can look up to them. When you look at my work, you see a plethora of women being sexy, being free, being sad, being happy, being liberated, just being everything," she told POPSUGAR. We spoke to Zebzabi about what it means to be a Muslim woman by today's standards, the importance of speaking out to challenge old beliefs, and her upcoming project, a photo-series focused on Muslim women, called "Not Your Girl".

Initially starting out as a videographer, Zebzabi knew that whatever it was that she did for a living, it had to make a mark and have an impact on the world. "The more that I got into the video industry and the more people that I met, I realised that I am supposed to do this, and no matter what creative medium it takes, I'm supposed to be meeting people and helping them. I feel like I have this energy where I really give a f*ck," she told POPSUGAR.

"I was creating loads of videos and I became really dissatisfied with the fact that they weren't really doing much for the world, and they weren't really making a statement. I was just filming these beautiful girls and cutting it together and making it look good. It didn't satisfy me. It didn't excite me any more," she added. After a mentor of hers suggested she try taking photographs on a shoot instead, everything changed. It wasn't until Zebzabi got down to the editing process, however, that she truly understood how much photography would become her passion.

One of the biggest driving forces in Zebzabi's life is her sister, who suffers from epilepsy. "Seeing how much she can't do makes me so much more aware of how much I can do. For me, there is no option. I can't not be inspired by this human that gets to exist in my life," she explained. Her mum — an immigrant from Morocco, who recently started her own personal training company — is another huge inspiration for her. "Seeing how hard my mum worked, especially as a Muslim woman and a woman that immigrated here and had to learn a second language, has always been an inspiration," she said. "Growing up, she was such a different picture of what you'd imagine a Muslim woman to be. She was so in tune with her faith and so in love with God, and my dad allowed her to be so free and so beautiful." 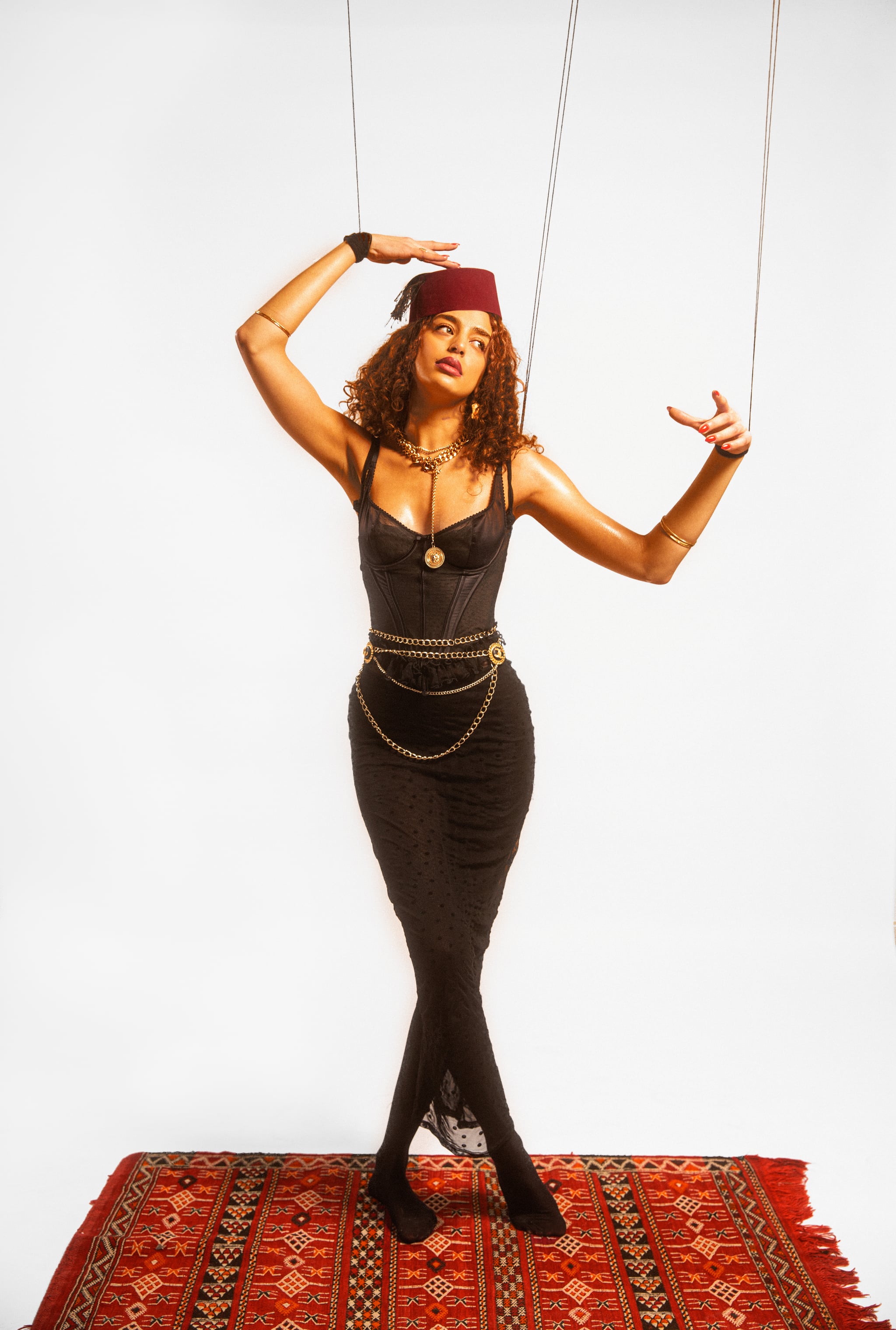 Her culture has started to play a huge part in her work as well. Growing up as a Muslim woman in the UK, Zebzabi's struggled to come to terms with how restrictive it can be. "I tried to suppress my religion, especially at school. I didn't really want to be all about it, you know? And that was down to the fact that there were so many rules in my community. In Morocco, when I'm with family, I have to dress a certain way full stop. I can't go out in a miniskirt. Like, no f*cking way," she explained. "Growing up, my dad would be really unhappy with me having just friends that are boys, which I think is actually really harmful. I'm not rebellious in the sense where I'm going to lie to my father and dress a certain way, and then leave and take it all off. I feel like it's my duty to just be honest. I think that's something that's lacking in our community, but growing up, it was difficult."

"Why are we accepting what they're saying? Why isn't it OK for me to be an artist, and to be powerful and to be outspoken?"

It's common for women in these situations to accept the rules they're living under, and it can be difficult to challenge the way things work. But for Zebzabi, she had to question it. "Why are we accepting what they're saying?" she asked. "Why isn't it OK for me to be an artist, and to be powerful and to be outspoken?" When it comes to showing off her skin, Zebzabi confirmed that she doesn't take any sh*t from anyone. "As I was a teenager growing older, I'd have aunties coming to me like, 'Oh, we saw this photo on Instagram, on Facebook,' and I'd just be like, 'OK, cool.' I'd get in trouble. My parents would have a go at me but I'd just be like, 'Cool, that's fine.' But then I'd have to question, what am I actually doing wrong here? My style and my inspiration comes primarily from the West and films like Step Up, that's just what I was growing up watching. The way that I like to express myself is by not wearing a lot of clothing and by accentuating my beautiful figure that I love."

Even now, Zebzabi struggles with the backlash that comes with simply being herself online, and it's something that a number of young women from different cultural backgrounds experience, having grown up in the Western world. "My parents are still trying to guide me in the best way that they can, which I completely understand. Because if you have your daughter, you don't want her to go out there and be too naive. But what they don't understand is that if people like me don't do this, then people who dress like me are going to be blamed for things like sexual assault. Someone in my family, only last year, told me to my face that if I was to walk outside in a skirt and I was to be raped, it would be my fault," she told POPSUGAR. For Zebzabi, the only way to change these things is to talk about them. Recently, she's been having a lot more debates with her family in the hopes that communicating about these issues will help to change the way that women are seen in Islamic culture.

"My dad's 70. He's from a whole different era, so while it's important that I acknowledge that, it's also important that I question him," she explained. "Why are they not questioning the fault of the person who's the predator, or the person who is abusing the other person? In my culture and my community, it's not thought about. It's up to women to be modest and to be respectful. It's been a difficult journey, but honestly, I feel so good the more I speak up about it. I know that I'm super privileged and lucky to be from the UK. I'm going to use the fact that I'm from England to help other girls who want to be artists and want to dress how they want to dress in Morocco." 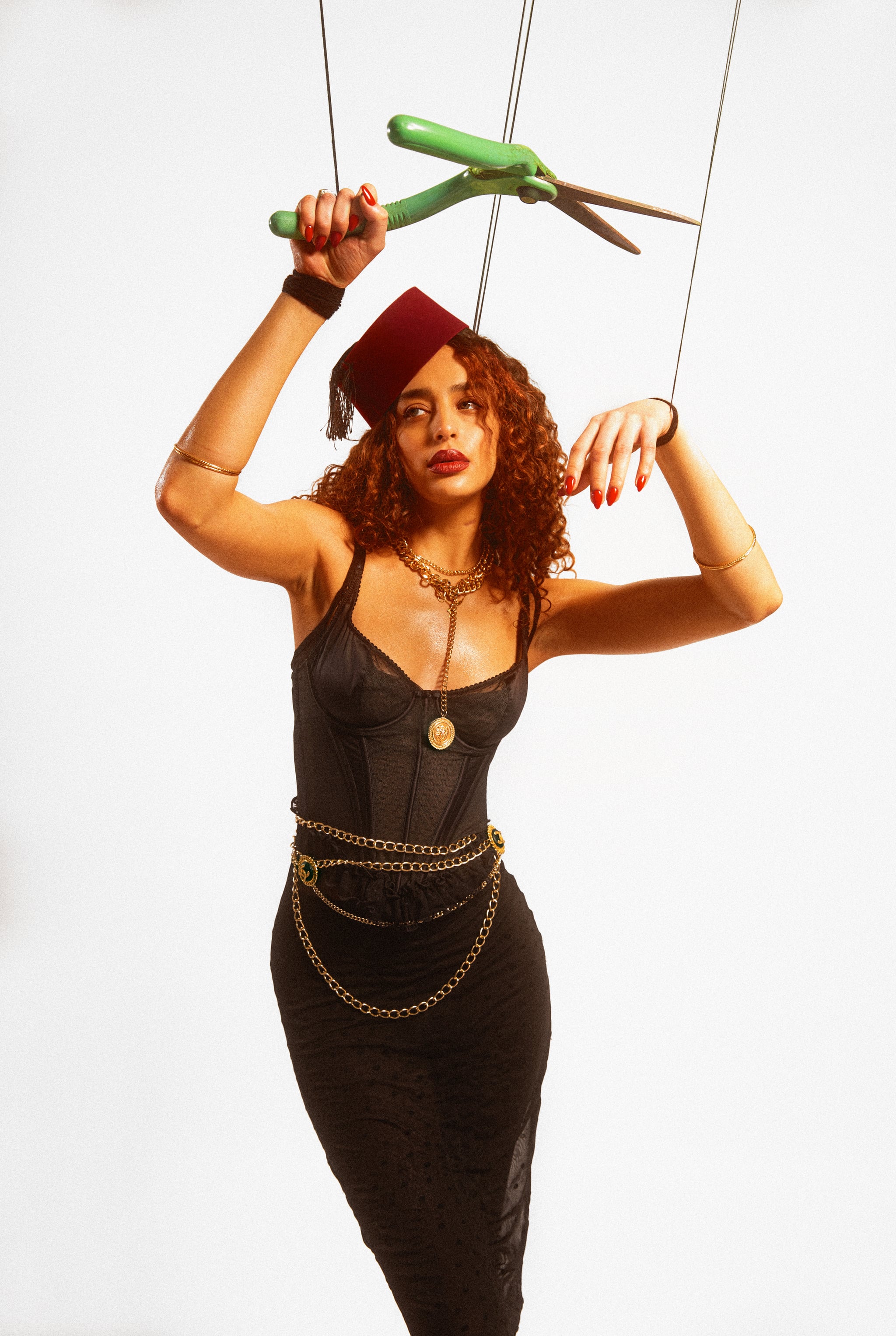 Zebzabi truly (and rightly) believes that she has every right to express herself. "I'm someone who truly believes in God and when it comes to Islam, I'm very much on a journey. I know that it says so many things about covering yourself but I feel like I'm supposed to be doing everything I'm doing," she told me. Zebzabi added: "I don't feel like if I post a bikini photo I am offending anyone or that I'm a bad Muslim. I do understand how difficult it is to speak out. I have girls messaging me from Morocco who can't speak to their parents because they'll get punished, and they just don't have that freedom, and I know that I'm lucky to live in the UK."

"Our parents speak a different language, because of the generation they're from. So to really get into it with them, we have to speak that language too."

Zebzabi's recently taken it upon herself to read the Quran and to study Islam in the hopes that it'll help her to communicate better with her family. "I have found so much proof from the Quran about incredible, powerful Muslim women. I've been able to use so much history to argue, to debate with my dad about these beliefs. These old texts are interpreted, and a lot has changed. Our parents speak a different language, because of the generation they're from. So to really get into it with them, we have to speak that language too, and the only way that you can do that is if you know what they're talking about."

Zebzabi's previous work hasn't showcased Muslim women because she's not been able to. "When I start to explain my ideas to some Muslim women, they don't want to be in front of the camera and are worried about visibly standing up for such strong statements," she explained. But her upcoming photography series "Not Your Girl" aims to highlight Muslim women unlike ever before.

"I'm going to get Muslim women who are choosing to cover up, who are not choosing to cover up, even Muslim women who've left the religion," she said. "Women who converted, just all types of Muslim women. I'm involving men in these photos too. It's important that we get to boys and it's important that boys learn, because they need to help us. There's a lot of hypocrisy in my community and I'm going to shed light on that, which is scary!" Knowing that exposing her community in such a way is likely to receive some backlash, Zebzabi's prepared for what the outcomes may be.

"It's important that I'm not just putting things out because I'm an angry Muslim woman, or because I'm an angry feminist, or whatever. It's important that I actually know where all of the history from my community and my religion comes from," she said. "You might have never seen a Muslim women covered, or smoking and drinking. You might have never seen a photo of it, but it exists. I want to be brave with my art."