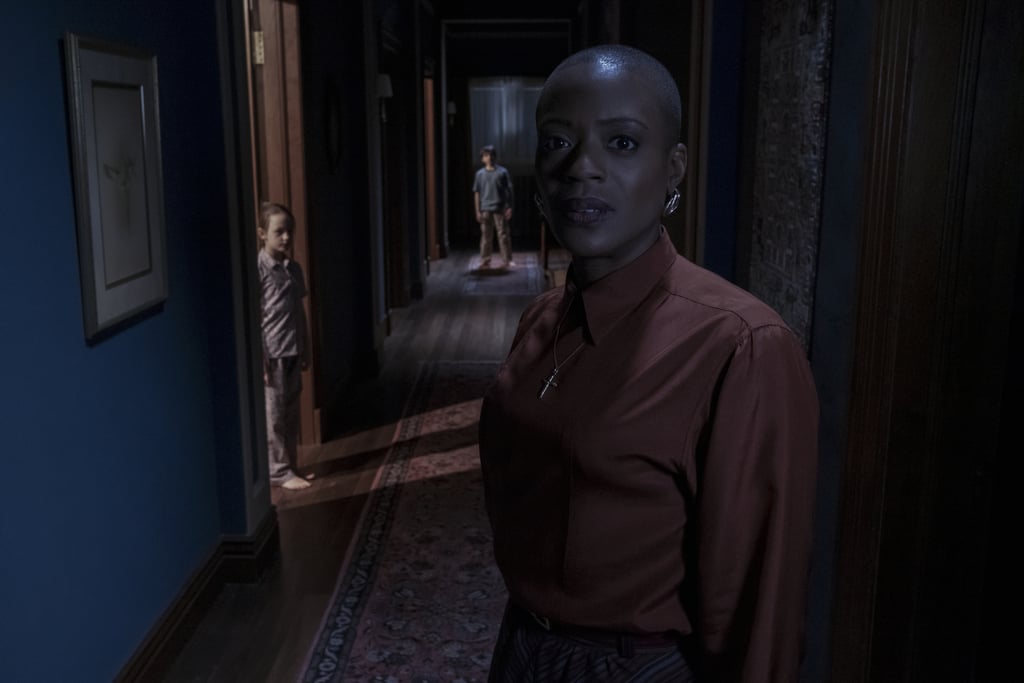 The doors of Bly Manor are about to open; enter if you dare. On Monday, Netflix released a first look at the highly anticipated sequel to The Haunting of Hill House, aptly titled The Haunting of Bly Manor. The follow-up season will tell a different ghost story (using Henry James's The Turn of the Screw as inspiration) with a few familiar faces from the Crane family.

You's Victoria Pedretti returns for more creepy, crawly action alongside Oliver Jackson-Cohen and Henry Thomas. Rahul Kohli, T'Nia Miller, Tahirah Sharif, Amelie Bea Smith, and Amelia Eve are just a few of the cast's new additions. Together, the cast will tell the story of Dani (played by Pedretti), a young woman living in 1987 who takes up a job as caretaker to two orphaned children in the English countryside. Series creator Mike Flanagan told Vanity Fair that while Hill House was a story about family, Bly Manor will be about tragic romance.

"It certainly provides a new way to tell a love story, and there are three of them that really beat at the heart of this season," Flanagan said. "They all have a very dark edge to them. And by the end, it's really hard to differentiate tragedy with romance. That sense of romantic longing for someone who meant so much to us — but who's gone — really is the heart of any ghost story."

Bly Manor won't explore the same themes as Hill House, but Flanagan assured fans that the signature darkness and mystery will remain. "The hidden ghosts in the first season turned out to be one of my favourite things to play with on set," Flanagan said. "The audience seemed to really like them. I loved watching people double back and try to find more of them. It encourages repeat viewing."

"This season we wanted our hidden elements to tell their own story," he continued. "And very much unlike the first season, they're actually going to be explained. By the end of the season, you're going to know who they are and why they're there." Sounds like a challenge that we'll gladly take once the show premieres in the fall. For now, get a glimpse of what to expect in the newly released photos ahead. We're not in Hill House anymore.