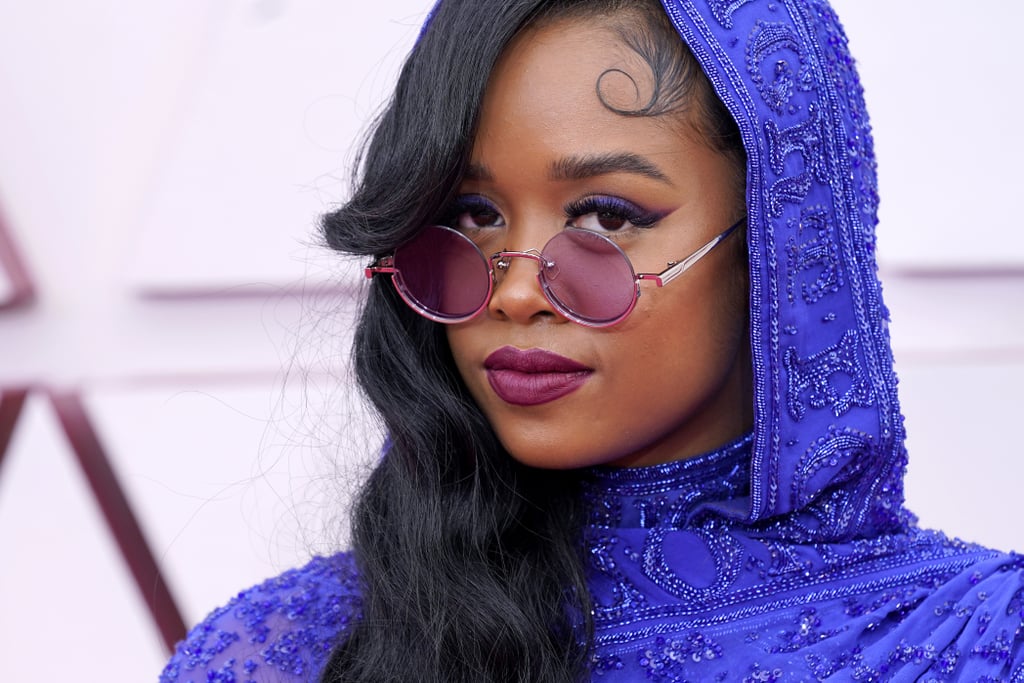 Another Oscar on the Way For H.E.R.? The Singer Signs on to The Colour Purple Movie Musical

Alice Walker's acclaimed The Colour Purple is being adapted once more. Decades after Steven Spielberg's 1985 adaptation received accolades, a film is in the works inspired by the similarly lauded stage musical, which originally ran from 2005 to 2008, and then again from 2015 to 2017. With casting now underway, it's been announced that the film will also see the acting debut of H.E.R.

H.E.R. has reportedly been cast as aspiring singer Squeak, according to The Hollywood Reporter. The role was portrayed by Rae Dawn Chong in the 1985 film, and Krisha Marcano in the original Broadway run. Corey Hawkins was also recently added to the cast, in news shared by Deadline, although his role has not yet been announced.

Slated to direct is Black Is King codirector Blitz Bazawule, while Oprah Winfrey, whose portrayal of Sofia in the Spielberg adaptation earned her an Oscar nomination, has signed on as a producer. It'll be quite a while before this movie musical hits theatres, however, as the release date is currently set for Dec. 20, 2023. In the meantime, scroll ahead to learn more about the Colour Purple cast so far.

Related:
12 H.E.R. Songs That Will Have You Shoulder Deep in Your Feelings
Previous Next Start Slideshow
H.E.R.Casting NewsCorey HawkinsEntertainment NewsMovie CastingMoviesOprah Winfrey