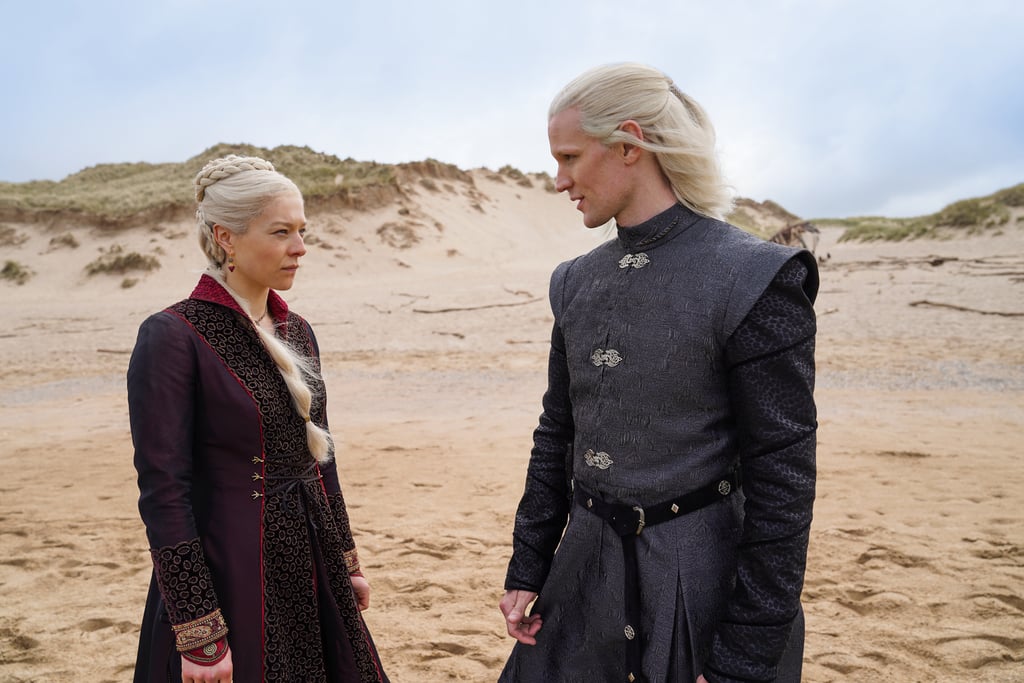 It's been almost two years since the Game of Thrones prequel series House of the Dragon was first announced, and now we finally have the first look. On Wednesday, HBO shared photos of the cast in character. While Emma D'Arcy and Matt Smith — who are playing Princess Rhaenyra Targaryen and Prince Daemon Targaryen — can be seen sporting the Targaryen's signature blonde hair, we also get glimpses of Steve Toussaint as Lord Corlys Velaryon, aka "The Sea Snake," as well as Olivia Cooke and Rhys Ifans as Alicent Hightower and Otto Hightower, respectively.

The upcoming series is based off of George R. R. Martin's 2019 novel Fire & Blood and will focus on House Targaryen. Set hundreds of years before the events of Game of Thrones, this prequel will chronicle the rise and fall of the troubled Targaryen dynasty. With production currently underway, the series is expected to debut on HBO in 2022. In the meantime, get a first-look at the series ahead.

Related:
Could HBO Be Remaking That Disappointing Game of Thrones Finale? Fans Sure Hope So
Previous Next Start Slideshow
House Of The DragonGame Of ThronesTV