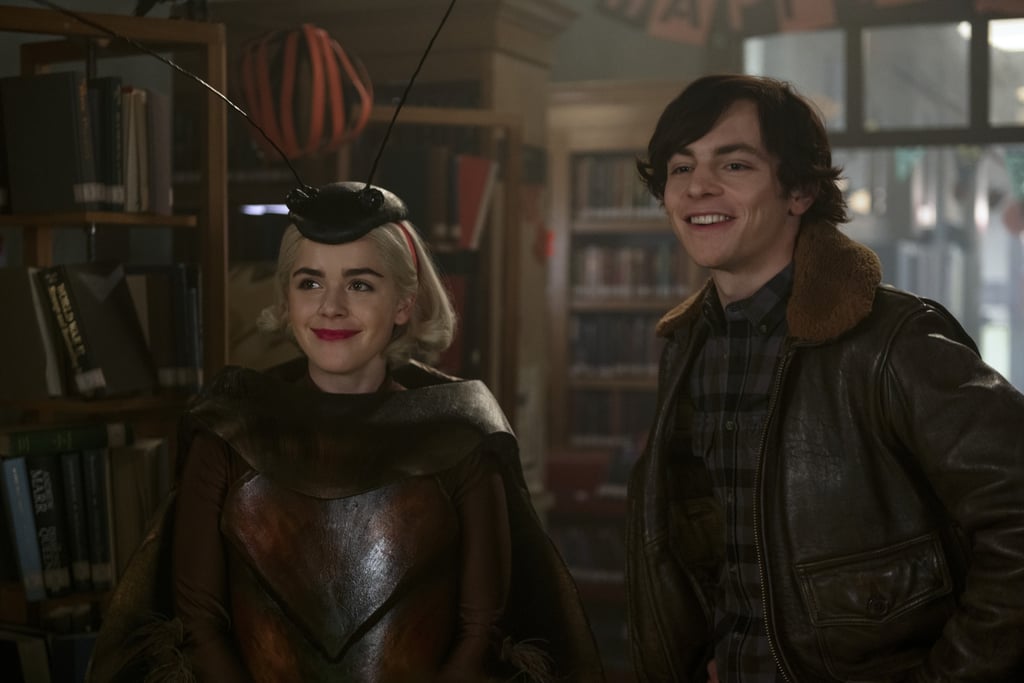 The Bittersweet Chilling Adventures of Sabrina Finale Has Us Saying, "What the Heaven?"

It's time to say goodbye to both 2020 and the fourth and final instalment of Netflix's Chilling Adventures of Sabrina, which premiered Dec. 31. The Fright Club hangs up their instruments and Sabrina wears her last headband defeating the biggest bad of the Eldritch Terrors, the "End of All Things" aka The Void. Although the series ends on a bittersweet note, it's nice to know that everyone still has someone to lean on for comfort, like Hilda and Zelda, Prudence and Ambrose, Harvey and Roz, and Theo and Robin.

In the final season we see Sabrina and crew band together to defeat the Edlritch Terrors, unleashed by Faustus Blackwood during part three, once and for all. Everyone, Lucifer and Zelda included, finds out about the two Sabrinas (Morningstar and Spellman) and do what they can to keep them apart — secret best friends be damned. When that separation plan fails, Sabrina Morningstar gets sent to the alternate realm and faces The Endless before learning that The Void is coming. She escapes back to the original realm and this is where the final episode, "Chapter Thirty-Six: At the Mountains of Madness," picks up. Keep reading to see where everyone winds up.

Related:
The Witches Are Back! See the OG Aunt Zelda and Hilda in This CAOS Part 4 Clip
Previous Next Start Slideshow
NetflixStreamingChilling Adventures Of SabrinaTV