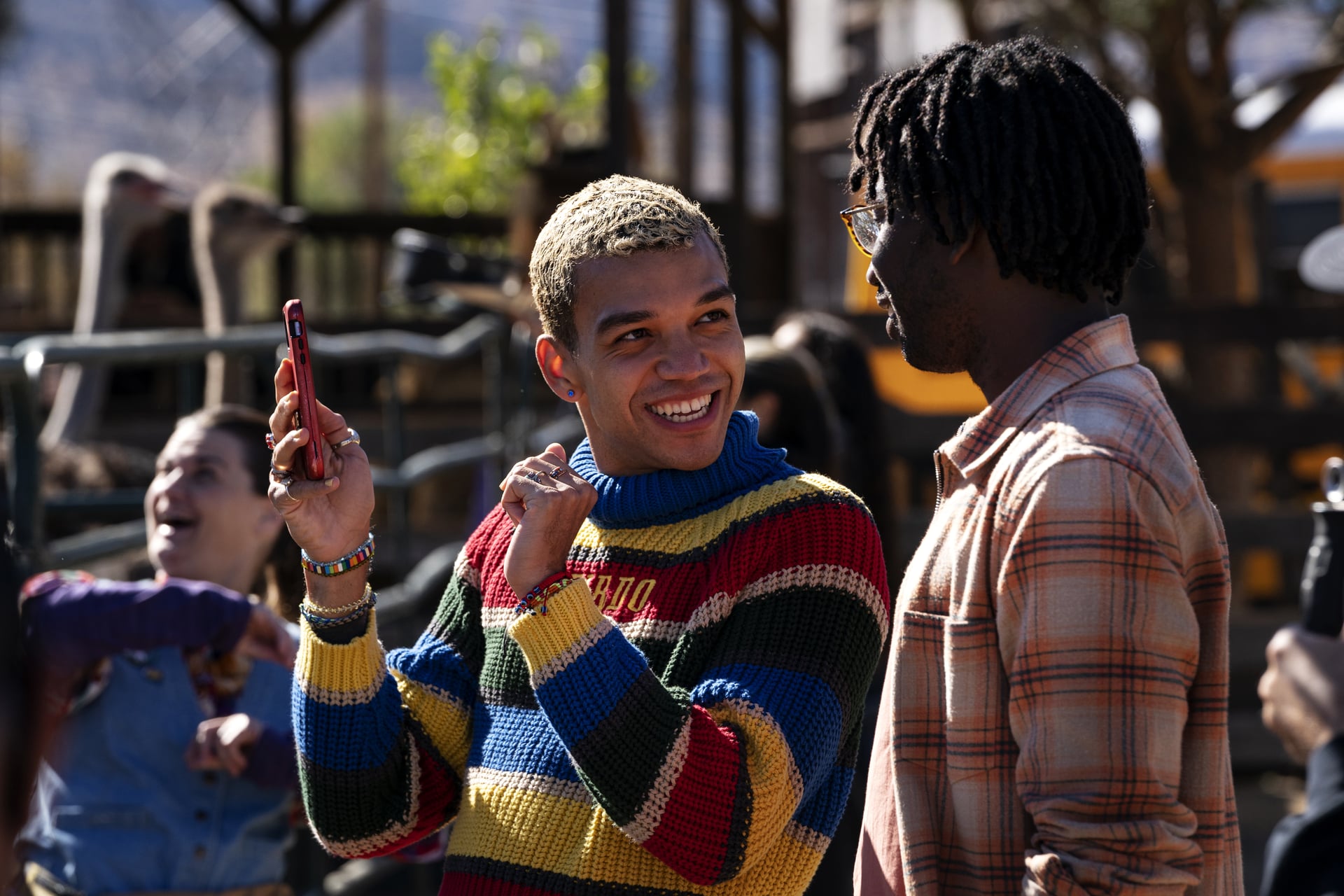 HBO Max's Generation is equal parts addictive, liberating, and awkward, sparking comparisons to the gloomy yet glittery Euphoria — just slightly more quirky and optimistic. If you've started watching and are slightly confused by the show's atypical release schedule, here's what you need to know. (And if you're confused about HBO Max in general, here's some help.)

HBO Max released Generation's first three episodes on March 11. On March 18, episodes four and five became available. Coming up, episodes six and seven will be released on March 25, while the eighth episode will become available on April 1. That encompasses the first part of season one — but wait! Season one is actually 16 episodes total; eight additional episodes will be released later this year.

Many fans have applauded how the series highlights queer romances in a way that is authentic and relatable, with several characters identifying as LGBTQ+ and openly figuring out what that means to them. Featuring The Get Down's Justice Smith as star student and water polo player Chester, who loves crop tops and being rebellious, Lukita Maxwell as Delilah, a passionate activist who gives birth in a mall bathroom (spoiler alert), and tons of other equally colourful characters, viewers are falling hard for the series.