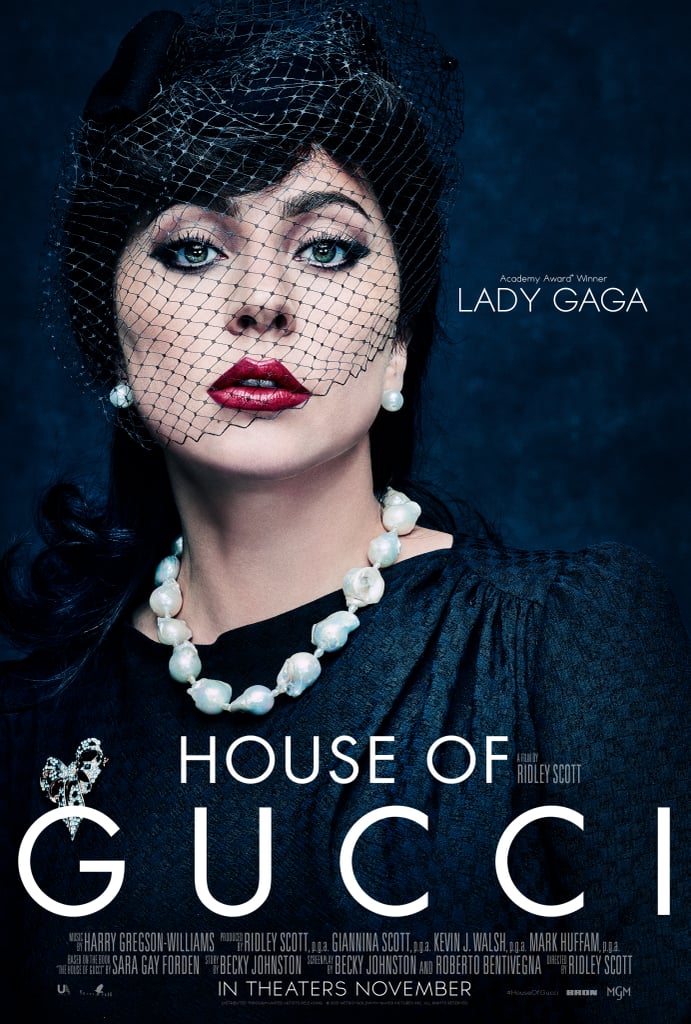 The fact that House of Gucci doesn't premiere until Nov. 24 has done nothing but fuel our excitement for the film. While we were blown away by the initial set photos back in March, the recent character posters have shattered our already high expectations. Inspired by a true story, House of Gucci sees the rise of the famous Gucci fashion empire and the murder of Maurizio, Guccio Gucci's grandson, on the order of his ex-wife Patrizia Reggiani.

Starring Adam Driver as Maurizio, Lady Gaga as Patrizia, Jared Leto as Paolo Gucci, Al Pacino as Aldo Gucci, Jeremy Irons as Rodolfo Gucci, Camille Cottin as Paola Franchi, Jack Huston as Domenico De Sole, Salma Hayek as Giuseppina "Pina" Auriemma, and Reeve Carney as Tom Ford, the cast is completely stacked. The character posters give a glimpse into the glitz, glam, and grit we can expect from the upcoming Ridley Scott drama. The posters also show just how dedicated the cast is to their character transformations — we barely recognised Leto. Ahead you can check out posters of Driver, Gaga, Leto, Pacino, and Irons before the movie releases this fall.