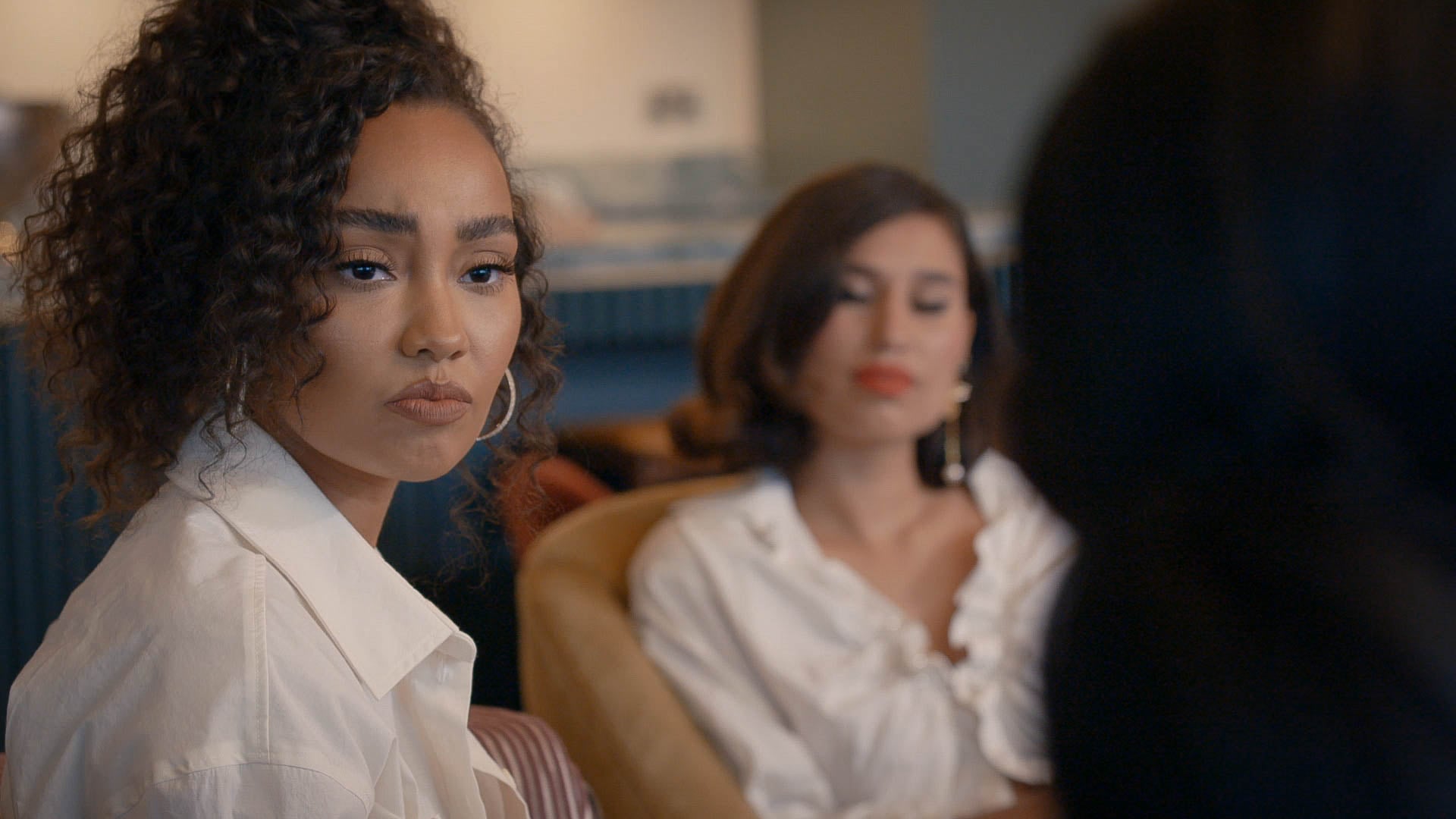 Leigh-Anne Pinnock from Little Mix has created a documentary, Leigh-Anne: Race, Pop & Power, exploring racism in the United Kingdom, specifically within the pop industry. Ahead of it airing tonight, she spoke to the BBC about her motivations behind making it. "The documentary is about racism in the UK, and we touch on colourism as well," she explained. "I wanted to speak about my experiences, and the way I felt in the band, being the Black girl in the band, and people identifying me as the Black girl. I really wanted to explore why I felt so overlooked and so overshadowed, but also I wanted to be able to hear from other Black women on their experiences."

Pinnock received some backlash after initially announcing the documentary, primarily because she's a light-skinned Black woman. "When the doc was announced, I think that people thought I'd be talking about my experience with colourism, and that's not what I was doing," she said. "I wanted to talk about racism, but I knew that colourism was such a massive issue that's definitely not spoken about enough in the media, at all. Hearing the comments, I started questioning myself, like, 'Am I the right person to do this? Have I taken someone else's place in doing this?' but then I thought, 'No, I'm also talking about my experiences, and I'd rather use my platform that I have to reach millions of people than do nothing.'"

Pinnock also briefly addressed fiancé Andre Gray's derogatory tweets about Black women, noting the privilege that she has that darker-skinned Black women don't. "In general, we see a lot more light-skinned women in the media," she said. "Billboards, campaigns, TV, just everything. So I think that's definitely one of my privileges, and the more I get into it the more I'm like, 'This is everywhere.'"

Pinnock also discussed the pivotal scene in the documentary in which she sits down with Keisha Buchanan, Raye, Nao, and Alexandra Burke. "It was a really overwhelming moment of the doc," she said. "To be able to be in a room with these incredible ladies that have all experienced devastating things to do with race. I think a lot of people will be shocked by it. We've all had completely different experiences. I thought my experience would be similar to Keisha, her being the only Black girl in her group, but hers was completely different to mine."

When asked about her hopes for what people would take away from watching the film, she said: "There are a lot of people out there that don't understand how deeply ingrained racism is, and how it really does affect so many people of colour. Especially with my fan base, it is predominantly white, and I want them to watch it and feel enlightened, and learn something and also think, 'What can I do to help? What can I do to carry this conversation on?' That's the main thing that I want people to take from it. It's time to take action, and I want everyone to get involved and realise that their voice matters as well."