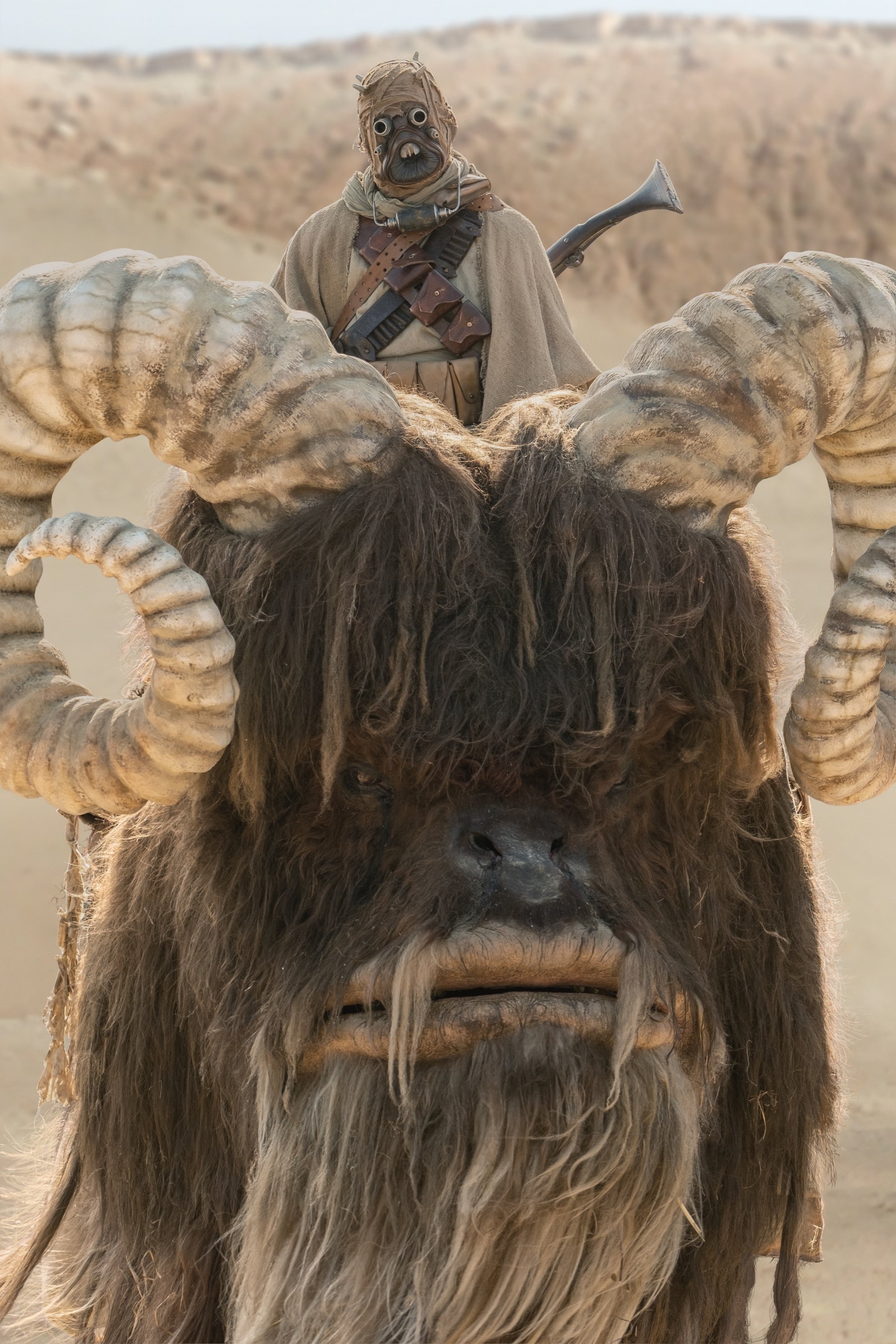 In The Mandalorian's season two premiere, an unlikely group of allies literally slay a dragon together. At this point, you might be wondering what the deal is with the giant pearl that the Tusken Raiders pull out of the krayt dragon's body. Although it looks a little weird, it's actually a pretty powerful item in the Star Wars universe!

Krayt dragon pearls appear in both the mainline Star Wars canon, as well as the expanded universe of novels and comics known as Legends that became non-canonical after Disney acquired Lucasfilm. According to the fan encyclopedia Wookieepedia, krayt dragons would ingest stones to help with digestion. Most of the time, these were ordinary stones and would eventually dissolve over time in the belly of the beast. However, on rare occasions a krayt dragon would ingest a stone that contained a kyber crystal, the rare, Force-tied crystals that form the centre of a lightsaber. When that happened, the whole stone wouldn't dissolve, but instead would slowly get worn down and polished until it formed a pearl — which retained the properties of a kyber crystal, was incredibly valuable, and could even be used to make a lightsaber.

In the non-canon Legends continuity, krayt dragon pearls actually show up in a few different storylines, including one iconic one. In this version of the universe, it's revealed that Han Solo used a krayt dragon pearl to buy his way into the game of sabacc where he won the Millennium Falcon from Lando Calrissian. The Legends universe also reveals that possession of a krayt dragon pearl is a symbol of bravery to Tusken Raiders, as it seems to indicate that one has killed a krayt dragon. It seems like The Mandalorian borrowed this bit for its episode, given how thrilled the show's Tusken Raiders were when they found the pearl in the carcass of the slain krayt dragon. While it might not necessarily play into the overarching plot of the show, it's a neat reference to the massive universe of Star Wars material that's been built up over the decades.