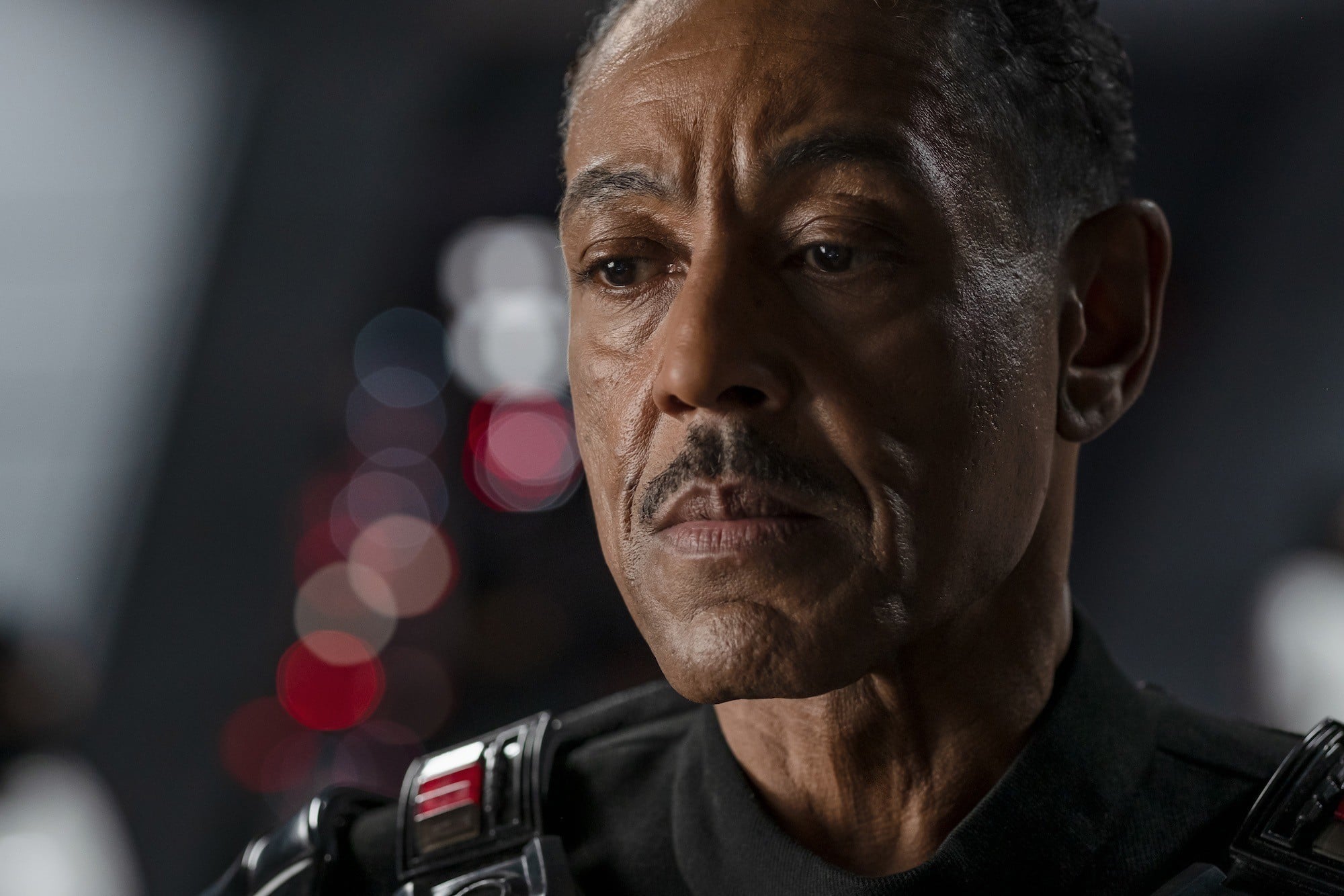 If there's one thing The Mandalorian has proven time and time again, it's the dedication to Star Wars canon. During the last moments of the most recent episode, "The Siege," we see Moff Gideon standing among what seems to be a battalion of dark troopers — which doesn't bode well for Din Djarin and The Child. Unless you're an avid gamer or well versed in all things Star Wars lore, The Mandalorian may be the first time you're hearing of this new enemy. If you're unsure how or why they're any worse than stormtroopers or shadow troopers, they can use the Force, and the events of "The Siege" hint that this is Gideon's big plan.

Dark troopers were first introduced in 1995's Star Wars: Dark Forces as the game's most powerful enemies, while Force-sensitive dark troopers were introduced in a 1995 Dark Empire comic. They're a group of advanced battle droids with an exoskeleton that resembles a stormtrooper and were initially built in phases. Unlike the subsequent phases, Phase Zero dark troopers were cyborg clone troopers. Phases One and Two saw the battle droid forms with lightsaber-resistant armor and advantages that made them the most common combat units. Phase Three was never fully realised throughout the dark troopers' appearances in various Star Wars games, with the ultimate goal of them becoming the armor for the next generation of stormtroopers. The dark troopers seen on The Mandalorian most closely resemble the iterations seen for Phase Three, suggesting that Gideon finishes the work of the project's creator, General Rom Mohc.

Gideon is still on the hunt for The Child and the callback to the midi-chlorians experiment from the first season in the same episode as the dark troopers sheds light on how he wants to incorporate force-sensitivity into his army. It's not clear if Gideon is going the route of droids or is using the dark trooper exoskeletons as armor for midi-chlorian-enhanced stormtroopers or cyborgs. Only time will tell, but it's clear that Din Djarin and The Child are in trouble.